Today’s puzzle did not present any particular difficulty for me, though I suppose we will get the usual complaints from those who object to Biblical references. 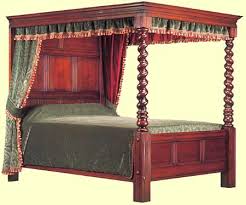 6a           Long gradient with no parking (4)
ITCH – Remove the symbol for a car park from the front of another word for gradient or slope.

9a           Patriarch‘s account in prophetic book (5)
JACOB – The usual abbreviation for ‘account’ is placed inside an Old Testament book recounting the trials of someone whose patience is proverbial, giving us an Old Testament patriarch, son of Isaac.

10a         Affection’s gone west — moving out in progress (9)
EVOLUTION – Reverse (gone west) another word for affection, then add an anagram (moving) of OUT IN.

12a         The French bird over country seeing all the wildlife (6,7)
ANIMAL KINGDOM – Put together one of the forms of the French definite article and a talking bird, reverse the result (over), then add a word for a country ruled by a monarch.

15a         Long dull passage covered in loose rock, apparently (6)
SCREED – This word for a long piece of writing could also be a participle created by back-formation from a word for a slope of loose pieces of weathered rock found at the foot of a cliff or mountain.

17a         Modern work — revolutionary work with character (3,3)
POP ART – Reverse (revolutionary) the Latin abbreviation for a (musical) work, then add a character or role on stage. 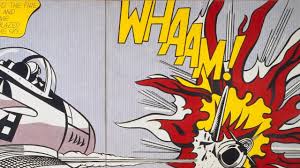 21a         One starts a speech that another puts a stop to (9,4)
QUOTATION MARK – Cryptic definition of a piece of punctuation used to indicate direct speech.

24a         I had to restrain rattier drunk becoming angry (9)
IRRITATED – The short form of ‘I had’ wrapped round an anagram (drunk) of RATTIER.

27a         Biscuit trademark with flower rejected (6,4)
BRANDY SNAP – A manufacturer’s identifying mark followed by the reverse (rejected) of a flower also known as a viola.

2d           Row after meeting of countries leads to release (7)
UNCHAIN – The initials of an international forum, followed by a row or series of linked occurrences.

3d           Bar very piercing clarinets, playing as one in the town hall? (6,7)
PUBLIC SERVANT – Another word for a bar or inn followed by an anagram (playing) of CLARINETS with Very inserted.

4d           Film outline in which arsenic wrecked love (8)
SCENARIO – Anagram (wrecked) of ARSENIC followed by the letter which looks like a love score at tennis.

5d           Something for the mind that’s offered in a tablet? (1-4)
E-BOOK – The tablet here is an iPad or similar, and the answer refers to reading material made available on such a tablet.

7d           Twirl in tango with violin, losing head (7)
TWIDDLE – Put together the letter represented by Tango in the NATO alphabet, With, and another word for a violin with its first letter removed.

13d         Moist sea creatures British caught, not Germany — they won’t go off (4,6)
DAMP SQUIBS – Start with another word for moist, add some sea creatures with many tentacles, then replace the IVR code for Germany with British, to get some failing fireworks.

16d         Leo, maybe journalist, definitely not up to be recruited (6,2)
SIGNED ON – Put together something of which Leo (or Aquarius) is an example, the usual crossword journalist, and the reverse (up) of a word for ‘definitely not’.

23d         Bargain brooches sent to the north (4)
SNIP – Reverse (to the north) another word for brooches or the way they are attached.

And finally, a fond farewell to the superstar my late father always referred to as ‘Vera Grim’