Good morning from South Staffs where rain and cloud persist.

Very much a puzzle of two halves this morning. The top half went in with no trouble, then I hit the wall with several clues in the bottom half, hence the **** marking for difficulty. 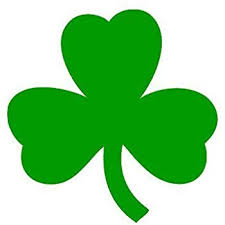 10a         Assess time sat working on end of puzzle (8)
ESTIMATE – Anagram (working) of TIME SAT, preceded by the last letter of puzzlE.

16a         Gullible character gets taken in by young men, extortionists (12)
BLOODSUCKERS – A gullible person, one who should never be given an even break according to W C Fields, is surrounded by an outdated word for yong men of some pretentio0n swaggering about town.

19a         Arranges classes in society (6)
ORDERS – Double definition: arranges neatly; or the different levels or estates in society.

21a         TV presenter prompts report of traffic congestion? (8)
AUTOCUES – These devices which tell TV presenters what to say sound like a description (4,6) of traffic waiting in line. 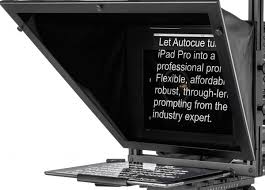 24a         Warning of cold front of Arctic temperature, including hail (6)
CAVEAT – A Latin word meaning ‘let him or her beware’. Put together Cold, the first letter of Arctic, and an abbreviation for Temperature, then insert a Latin word of greeting.

26a         Type of group that might get under one’s skin? (8)
SPLINTER – This word for a group which breaks away from a larger political party also describes a sliver of wood or similar which penetrates the skin.

2d           Comedy occasion contains unlimited smut, on reflection (6)
HUMOUR – Remove the outer letters (unlimited) from (s)MU(t), reverse the result and insert it into a word for ‘occasion’ or ‘time’.

3d           Isle’s receiving investment, primarily in electricity supply perhaps (5)
MAINS – The name of an Isle in the Irish Sea, plus the ‘S from the clue, has the first letter of Investment inserted.

6d           Charming woman that tests consumer products on the radio (5)
WITCH – The charms here are magic spells, and the answer sounds like a well-known consumer magazine.

8d           Drink before card game contributing to final defeat? (8)
WATERLOO – A drink which comes out of a tap followed by an od card game, giving us the scene of Napoleon’s downfall.

13d         Ungulate roamed freely with no rain around (9)
DROMEDARY – Anagram (freely) of ROAMED, with a word for weather with no rain wrapped round it. 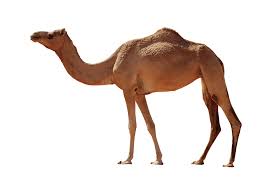 14d         Same bird seen regularly, it rises above California (9)
IDENTICAL – Put together alternate letters of bIrD sEen, the reverse (rises) of IT (from the clue), and an abbreviation for California.

15d         When wine keeps cool, it can produce something mellow (8)
CLARINET – A generic term for red wine from the Bordeaux region wrapped round a word for ‘cool’ or ‘fashionable’, producing a musical instrument of mellow tone.

17d         Body established by Princess Anne having alternative informal title? (7)
CHASSIS – The answer is a slang word for a (female) body, but more strictly refers to the frame of a vehicle, to which the body may be attached. To get to it we have to split the answer (4,3) and we have what may be an alternative way of referring to Princess Anne, by reference to an informal shortening of her  brother’s name and a short form of her relationship to him.

18d         Number of years below average adult spent in household (6)
MENAGE – Remove the abbreviation for Adult from a word for a type of average, then add a long period of years, and you get a French word for a household.

22d         Artist goes missing from mobile home in Irish county (5)
CAVAN – Remove the usual crossword artist from a mobile dwelling towed behind another vehicle to get a county in the north of the Irish Republic.