Good morning from South Staffs. Another sunny start to the day as we take tiny steps towards restoring some form of normality. I spent yesterday afternoon in a socially-distanced working party helping to prepare our croquet club for some socially-distanced play – singles only, no doubles, book in advance, no tea, no bar, don’t hang around after your game is over. Is it worth the effort, I ask myself.

I found today’s puzzle reasonably challenging, hence the *** marking. It will be interesting to see what the commentariat has to say.

9a           Somewhat difficult mess engulfing River Police officer (7)
HARDISH – Put together River and the abbreviation for a detective rank in the police force, then wrap a mess (as in ‘make a —- of it’) around the result.

12a         Overheard legend resisting wine (7)
CHIANTI – A homophone (overheard) of another word for the legend found on a map or chart, followed by another word for ‘resisting’ or ‘against’. 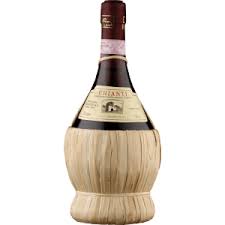 13a         Guard criminal (5)
FENCE – Double definition: a guard to keep people away from a piece of machinery; or a dealer in stolen goods.

14a         A second prisoner departs, having stuffed sack and escaped (9)
ABSCONDED – Start with A (from the clue). Then put together an abbreviation for Second, one of the usual crossword criminals and an abbreviation for Departs, wrap the sort of sack you may use to sleep around the result, and add all of this to your starting A.

16a         Game’s copyright superseding patent, initially it carries charge (9)
CARTRIDGE – Here we start with a game bird, possibly found in pear trees in December. Then we remove the Patent from the beginning of the word (initially) and relace it with Copyright.

19a         First sign of parish notice about priest (5)
PADRE – Put together the first letter of Parish, a short word for a commercial notice, and the Latin word for ‘about’ or ‘concerning’, to get a word for a priest, especially one in the armed forces.

21a         Sheer material in newspaper attracting unknown journalists essentially (7)
ORGANZA – Another word for a newspaper or magazine (think Lord Gnome and Private Eye) followed by an algebraic unknown and the middle letter (essentially) of journAlists.

23a         Cartoon strip that’s of little worth (7)
PEANUTS – The title of the long-running cartoon strip drawn by Charles M Schulz is also a pejorative word for a small sum of money. 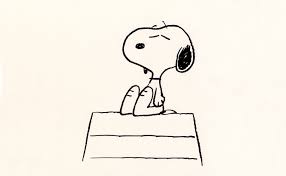 24a         Chicken given supplements ultimately displays signs of ageing (7)
YELLOWS – A word meaning ‘chicken’ or ‘cowardly’ followed by the last letter (ultimately) of supplementS.

25a         Nothing leads this writer, discontented refusnik, to back foreign government (7)
KREMLIN – Put together another word for nothing (often used in football results), a pronoun for ‘this writer’, and the outside letters (dis-content-ed) of RefusniK, then reverse (to back) the result to get a term often used for the government in Russia.

26a         Frugal Norm, simple character confronting debts (12)
PARSIMONIOUS – Put together another word for ‘norm’ or ‘standard’, the simple character who met a pieman in the nursery rhyme, and some acknowledgements of debt.

1d           Spear, article Indonesian discards before river rises (7)
JAVELIN – Remove the indefinite article from a word for someone from one of the islands making up Indonesia, then add on the reverse (rises) of an African river which flows into the Mediterranean.

5d           Tortilla dish, whisper love eating it (7)
BURRITO – A rough whisper and the letter which looks like a love score at tennis, placed either side of IT (from the clue). 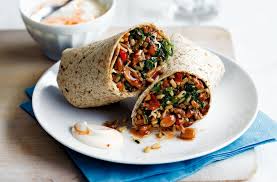 7d           Good enough outside, it’s a fantastic small plant (12)
SATISFACTORY – Anagram (fantastic) of IT’S A, with Small and an industrial plant placed outside it.

10d         Occupation accustomed to everyday shocks and sometimes severe cutbacks? (12)
HAIRDRESSING – Cryptic definition of a customer service which we are all missing during lockdown. There were reports of queues forming at midnight in New Zealand ahead of these establishments being released from lockdown.

15d         Coat perhaps keeps flashing inside leg area (9)
SHEEPSKIN – An area on the front of the lower leg wrapped around an anagram (flashing) of KEEPS. 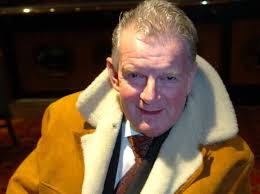 18d         Lintels beginning to go for extortionate prices (7)
RANSOMS – Remove the initial letter (beginning to go) from another word for ‘lintels’ to get the extortionate sums demanded by criminals for the release of a captive.

19d         It’s not designed to cure home with unpleasant smell (7)
PLACEBO – Another word for ‘home’ (as in ‘come round to my —-‘) followed by an acronym for an unpleasant bodily fragrance.

20d         Makes twice as many shots in snooker? (7)
DOUBLES – Two definitions’ the second being snooker shots where the object ball is hit into a cushion with the object of making it rebound into a pocket.

22d         Tea service close to grandma getting knocked over (5)
ASSAM – Put together a religious service and the last letter of grandmA, then reverse the result.