Good morning from South Staffs on the 75th anniversary of VE Day. Not much celebration as the current war on the virus drags on, and nothing thematic in the crossword either.

Nothing too obscure in the content of today’s puzzle, though the cryptic definition in 16d seemed rather stretched. My biggest struggle came with the Quickie pun: I’ve put two possible answers, but don’t much like either of them. 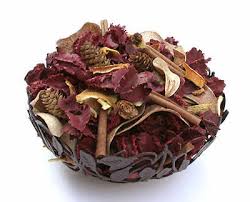 12a         Venomous African country midge bites unknown number (9)
MALIGNANT – A West African country, followed by a type of midge wrapped round an algebraic term for any number.

13a         Rough National Trust walk ahead (8)
STRIDENT – ‘To walk’ (briskly or strongly) followed by the acronym for the National Trust.

14a         Threaten prankster with death (6)
IMPEND – A mischievous creature followed by another word for death. 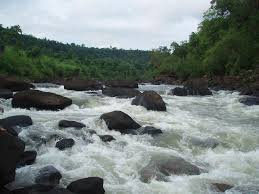 18a         Take in case of broken limb being blue (8)
DOWNCAST – To take in, as one might take in a pint of beer, followed by the casing which is put on a broken limb to hold it together while it heals.

22a         About fifty, one is plain absent-minded (9)
OBLIVIOUS – The Roman numerals for fifty and one are inserted into another word for ‘plain’ or ‘evident’.

24a         Personal accident cover, with strings attached (5)
APRON – Cryptic definition of something worn in the kitchen to protect against spillages.

25a         Last act of Jesus — Son, in case uncertain? (9)
ASCENSION – Anagram (uncertain) of SON IN CASE, producing the last recorded appearance on earth of Jesus, according to the New Testament.

26a         Male detective with hound following Joe Bloggs? (3,4,3,5)
TOM, DICK AND HARRY – Put together a male animal, anther word for a detective, AND (from the clue), and a verb meaning ‘to hound’, and you get another expression like ‘Joe Bloggs’ to refer to any unspecified person.

2d           More bananas showing a higher number of speckles (7)
DOTTIER – Double definition: in the first, ‘bananas’ being an informal term for mental disturbance; the second being a straight definition. 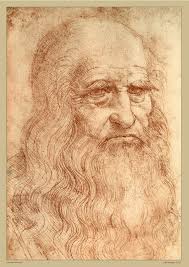 5d           In a bad way in Spain, very unwell, variable (6)
EVILLY – Put together the IVR code for Spain, an abbreviation for Very, another word for ‘unwell’, and an algebraic variable.

6d           Irish pool staff, small and large, getting into party drink and food (10,5)
PLOUGHMANS LUNCH – Put together an Irish pool or lake, a verb for ‘to staff’, Small and Large. Then wrap a drink which might be served in a large bowl at parties (remember them?) around the result to get something you might eat at a pub lunch (remember them?). 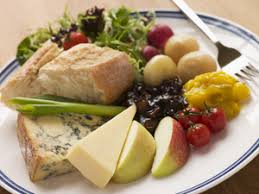 7d           Eastern Fleet being shelled will swallow tax boost (7)
ELEVATE – Put together Eastern and the inside letters (shelled) of fLEEt, then insert the initials of a tax levied on business transactions into the result.

15d         Kind of French clubs with dodgy casino Romeo inhabits (8)
CORSICAN – The bridge symbol for Clubs followed by an anagram (dodgy) of CASINO with the letter represented by Romeo in the NATO alphabet inserted. The answer describes someone from a French island in the Mediterranean. 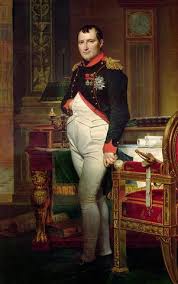 16d         There’s always a lapse before it’s read (4,3)
RIOT ACT – Cryptic definition of something which, historically, was read out to an unruly crowd before the military moved in to restore order. These days, more likely to refer to a dressing-down given to a group of school students or workers.

17d         One has faith one will go far (7)
PILGRIM – Cryptic definition of someone who goes on a journey (to Canterbury or Compostela, perhaps) for religious reasons.

19d         Retail confused lies about English artist’s place in Paris? (7)
ATELIER – Anagram (confused) of RETAIL wrapped around English, to get the French word for an artist’s studio.

20d         House-keeping? It could be a flat occupation (7)
TENANCY – Cryptic definition of one of the ways in which real property can be held.

21d         Second bird, one from America originally (6)
MOHAWK – A second or brief  period of time, followed by a bird of prey, to produce a Native American.

The Quick Crossword pun WHARF + HAUL = WAFFLE or WOLF HALL (if it’s this, then the author gets a name check at 14a)