Good morning and ‘white rabbits’ from South Staffs, where we continue with a second month of lockdown, and my hair is acquiring the length (but not the colour!) it last had in the 1970s.

The top half of today’s puzzle went in very quickly, then I had to think a little more about the lower half, but still finished in ** time.

1a           Facial expression noble Anne changed before church (11)
COUNTENANCE – Put together a foreign nobleman (Monte Cristo, perhaps), an anagram (changed) of ANNE, and the initials of the Church of England.

14a         Warrior spirit reflected in development of Asia (7)
SAMURAI – Reverse (reflected) an alcoholic spirit, then wrap an anagram (development) of ASIA around the result. 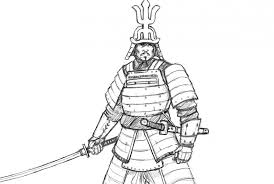 15a         Intern cleared out skip coming to us (7)
INBOUND – The outside letters of InterN, followed by ‘skip’ or ‘leap’, to get a word for a ship or plane heading for its home base.

18a         Young beast bit German neighbour (7)
TADPOLE – Another word for a bit or smidgen. Followed by someone who is a geographic neighbour of Germany. 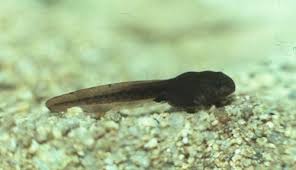 20a         Characteristic rush to return eastern currency no longer in use (9)
TRADEMARK – Reverse (return) another word for ‘rush’, then add Eastern, and a former European currency. 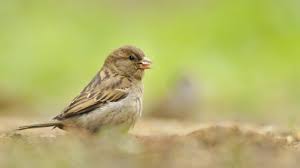 24a         Officers from university caught in fib by those renting (11)
LIEUTENANTS – Another word for a fib and another word for people renting a property, placed either side of University.

3d           Meaningful narration (7)
TELLING – Double definition: something which makes an impression on the hearer; or a simple recounting of a story.

4d           Noticed about ladder at regular points going up in sewers (7)
NEEDLES – These sewers are used for sewing. A word for ‘noticed’ is wrapped around alternate letters (at regular points) of LaDdEr, then the whole lot is reversed (going up).

5d           Given pseudonym that’s appropriate upset male journalist (9)
NICKNAMED – Put together a word for ‘appropriate unlawfully’, the reverse (upset) of another word for a male human, and the usual crossword journalist.

6d           Bodily organ with another, heart excised previously (7)
EARLIER – An organ found on the side of your head, followed by another organ from your insides, with its middle letter removed.

13d         Rodents metres below river covered in hard frozen water (5,4)
HOUSE MICE – Put together Hard, the name of one of several rivers in England, Metres, and ‘frozen water’. 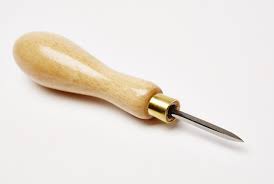 17d         Current of air upended the short beefeater? (7)
DRAUGHT – Put together TH(e) (from the clue, short) and a person performing the duty that the Beefeaters perform at the Tower of London, then reverse the result.

19d         Works ever so frantically outside for all to see (7)
OEUVRES – Anagram (frantically) of EVER SO wrapped round the letter used by film censors to indicate a film suitable for general viewing.

21d         Secure area to the north in Asian country (5)
CHAIN – Start with a large Asian country, then move the Area forward in the word (to the north, in a Down clue).