Good morning from sunny, locked-down South Staffs. As I sit at home getting shaggier by the day, I wonder how the Government spokesmen appearing at the daily briefings still seem to have neat hair. Do they all live with their hairdresser?

I filled in today’s grid in ** time, but have added another star for the time it took to work out the parsing of a couple of clues. It helped that 5d is an answer I have blogged before, at 8d in DT 27377.

7a           Reportedly warm and sunny? It’s brief! (7)
SUMMARY – A brief recap of a longer document, setting out the conclusions, sounds like (reportedly) a description of seasonal warm sunny weather.

8a           Green leader prepared to admit source of money (7)
EMERALD – Anagram (prepared) of LEADER with the first letter (source) of Money inserted.

10a         Ethnic grouping comprising half of Greece’s constituents? (9)
EUROPEANS – The word ‘Greece’ is made up of six letters, half of them the same. Those letters, individually, are an abbreviation for an ethnic or political group. There are three of them, so the answer is plural.

11a         City detectives could be seeking them, we hear (5)
LEEDS – This city in the North of England sounds like (we hear) the ways into an investigation which detectives may be seeking.

13a         Title of private vessel the Queen goes aboard (9)
OWNERSHIP – Two words (3,4) which might describe one’s private vessel, with the regnal cipher of our Queen inserted,

21a         Avoid opening press release put out (5)
ELUDE – Remove the initials of Press Release from a musical opening piece.

23a         Swiss location’s extremely tolerable home for composer (9)
BERNSTEIN – Put together a city in Switzerland, plus the ‘S, the outside letters (extremely) of TolerablE, and ‘at home’, to get the composer of West Side Story and this:

25a         Inclined to defend footballers being vulgar (7)
PROFANE – A word for ‘inclined to’ wrapped around the initials of the governing body of football in England.

3d           Traffic system upset club visiting outskirts of Grimsby (8)
GYRATORY – Reverse (upset) the name of an international club described as ‘an international service organization whose stated purpose is to bring together business and professional leaders in order to provide humanitarian service and to advance goodwill and peace around the world’, then wrap the outside letters (outskirts) of GrimsbY around the result. 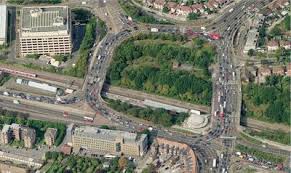 5d           English student fills up Bordeaux in wine cabinet (8)
CELLARET – English and the letter usually used to indicate someone learning something, with the generic name for red Bordeaux wines wrapped round them, giving us a name for a cabinet used for storing wine. 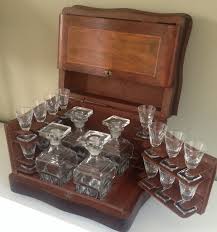 6d           Flimsy fabric (4)
LAME – Double definition, though the second one (a shiny fabric) ought to be spelt with an acute accent on the final letter.

7d           Resolute quality of head chasing dates around hurriedly (13)
STEADFASTNESS – Put together an anagram (around) of DATES, another word for ‘hurriedly’, and a head(land) or promontory.

16d         Was originator of one-time TV sitcom? (8)
FATHERED – A TV sitcom (6,3) set on a small island off the coast of Ireland, with one of the two abbreviations for Time in its name removed. 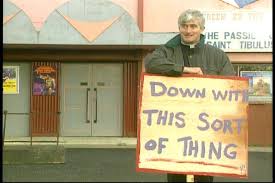 19d         Courses of some interest I brought up (6)
ORBITS – The courses of some heavenly bodies are hidden in reverse in the clue. 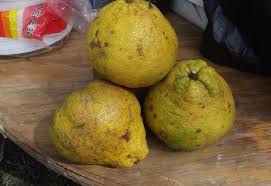