Good morning from South Staffs. Happy New Year to one and all.

I’m reasonably sure that today’s puzzle is by a new Friday setter, so it will be interesting to see whether he or she makes an appearance. The puzzle itself was quite straightforward.

8a           Carry out guillotine? (7)
EXECUTE – Double definition, both being verbs, the second being a definition by example.

9a           Modified ginger beer comes first — about time (7)
ALTERED – Start by finding another word ‘ginger’ as a hair colour. Put another word for beer in front of it, then insert Time.

11a         Substance secreted in drawers to maintain cover-up? (7)
ELASTIC – Cryptic definition. The drawers here are undergarments, and the answer is hidden in the waistband to stop them falling down.

12a         Competitors from London area that is holding blokes back (7)
ENEMIES – Start with the compass point indicating where in the country London can be found, add the Latin abbreviation for ‘that is’ wrapped around some blokes, then reverse (back) the whole thing.

13a         Rage of nurse when Romeo’s invited in (5)
TREND – ‘Rage’ here is as in ‘all the rage’. Insert the letter represented by Romeo in the NATO alphabet into another verb meaning ‘nurse’.

14a         Vehicle to take breaks in (9)
SPACESHIP – Cryptic definition. This is a vehicle which could be used to navigate the breaks between words in a piece of text.

16a         Some heads of state seem agitated about newspapers (9)
EMPRESSES – Anagram (agitated) of SEEM wrapped around a general term for newspapers.

19a         Freight drivers’ club is taken over by function (5)
CARGO – Reverse (taken over) the three-letter acronym for an organisation which represents motoring interests, then add a verb meaning ‘function’.

21a         Request directions before outing? (7)
ENTREAT – Two compass points followed by what an outing may represent for, say, the Sunday School pupils taken on it.

23a         Elaborate, but formerly the opposite, apparently (7)
EXPLAIN – The definition is a verb. To get to it start with a prefix meaning ‘former’ or ‘formerly’, then add an adjective which means the opposite of ‘elaborate’ (as an adjective).

24a         Waiter and cook to join firm, missing hotel opening (7)
STEWARD – Put together a means of cooking meat and/or vegetables in a single pot, and a word for ‘firm’ or ‘unyielding’ missing the first letter of Hotel, to get a waiter on board a ship or train.

26a         Hip, say, niece damaged restricts golf sharpness (12)
INTELLIGENCE – Put together another word for ‘hip’ or ‘with it’, another word for ‘say’, and an anagram (damaged) of NIECE with the letter represented by Golf in the NATO alphabet inserted into it. I started by thinking that the answer was going to be an anagram of the first three words of the clue plus G. I bet I wasn’t alone!

6d           Eurasian hut designed to limit risk when rambling (7)
TURKISH – Anagram (designed) of HUT, wrapped around an anagram (when rambling) of RISK.

10d         Sad Mr James, funny fellow, being stood up then engaged (12)
DISAPPOINTED – Reverse (being stood up) the first name of the late Mr James (the Carry On actor, not the author and critic), then add another word for ‘engaged’, as in ‘taken into employment’. 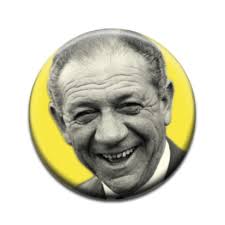 17d         Arrangement of unknown number starting with sound of tiny feet (7)
PATTERN – The sound said to be expected when the arrival of a child is on the cards, followed by a mathematical unknown number.

22d         Heartily pitied boy raised with regular comings and goings (5)
TIDAL – The central pair of letters (heart-ily) of pitied, followed by the reverse (raised) of another word for ‘boy’.