Good morning from South Staffs on a dark, damp December morning, with the prospect of Christmas shopping to come.

There was nothing too difficult for me in today’s Giovanni, though the long anagram in 5d took some untangling.

1a           Scottish king seen as dull mug (6)
DUNCAN – A dull brown colour followed by a metal mug give us the name of the king of Scotland who is murdered in Macbeth. 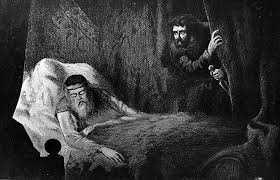 10a         A modern miss collecting pounds for charity (4)
ALMS – A (from the clue) and the form of address for a woman which does not disclose her marital status, placed either side of the Latin abbreviation for pounds sterling.

12a         Numbers crazy about fruit (6)
DAMSON – Put together an abbreviated way of writing ‘numbers’ and another word for crazy, then reverse (about) the result to get a tree fruit.

13a         Think as timid type that’s lost love (4)
MUSE – Remove the letter which looks like a love score at tennis from the name of a small furry animal which is traditionally timid.

15a         Community member, mostly horrible, wanting drink in pub? (8)
VILLAGER – Remove the final letter (mostly) from another word for ‘horrible’, then add a type of beer.

19a         Things that can kill animal in retreat (4)
GATS – Reverse (in retreat) the type of animal seen in The Monarch of the Glen to get a slang word for firearms. 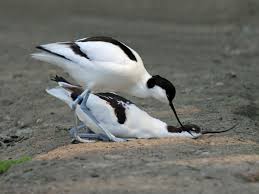 23a         I exist concealing endless desire, one appearing to be unreal (8)
ILLUSIVE – Put together a four-letter word for ‘desire’ or ‘passion’ minus its last letter and the Roman numeral for one. Insert the result into another way of saying ‘I exist’.

25a         English people of fashion in college (4)
ETON – English followed by the French word for ‘people of fashion’ gives us the public school near Windsor which is the alma mater of many politicians and aristocrats.

26a         Direction taken by sailor? One makes a bit of a meal of it! (4,6)
MAIN COURSE – This part of a meal consists of two words: the first of then can also refer to the sea; and the second to a direction or route.

27a         New tiro, learner within day working with skill (8)
ADROITLY – Put together an anagram (new) of TIRO and the letter indicating a learner. Then wrap an anagram (working) of DAY around the result.

28a         Planet faced with onset of deadly shortage? (6)
DEARTH – The first letter (onset) of Deadly, followed by the name of a planet in our Solar System. 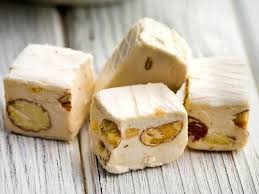 5d           Variation by mule — this being awkward? (15)
MANOEUVRABILITY – Here we have a sort of reverse anagram. The answer (this) when anagrammed (awkward) gives us VARIATION BY MULE.

6d           Go across step half missing on rickety ladder (8)
STRADDLE – The first half of STep followed by an anagram (rickety) of LADDER.

8d           Thus male has no time for self-denial, being languid (9)
SOMNOLENT – Put together another word for ‘thus’, Male, NO (from the clue), and the period of fasting which precedes Easter.

20d         Having a position in power, subsequently lambasted (6)
PLACED – An abbreviation for Power followed by another word for ‘lambasted’.

22d         Piece of poetry from somewhere in Switzerland, unfinished? (5)
CANTO – remove the final letter from one of the political divisions of Switzerland and you get a section of a long poem.