Good morning from South Staffs, where it rained overnight and more is forecast.

Plenty of science, some General Knowledge, and a trace of religion: it has to be Giovanni. I don’t have a reliable time for the difficulty marking: my internet connection fell over when I went to submit the completed puzzle, and when I got it back I had a blank grid to fill again.

1a & 18 Down    Possibly a piece of writing that offers a vague opinion? (10,7)
INDEFINITE ARTICLE – Cryptic definition of the grammatical term for ‘a’ or ‘an’.

10a         Victory’s strange ritual with speed being limited (9)
TRIUMPHAL – Anagram (strange) of RITUAL wrapped around the usual abbreviation for an imperial measurement of speed. 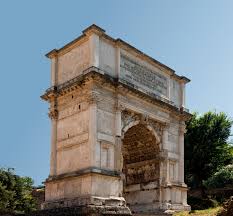 14a         Idle maybe when entertained by a fellow in the USA (8)
AMERICAN – Here we need the first name of Mr Idle from Monty Python, with ‘a fellow’ wrapped around it.

17a         Language in the borders of Surrey full of jargon? (6)
SLANGY – The first and last letters (borders) of SurreY placed either side of an abbreviation for ‘language’.

19a         Novel set in foreign city areas with churches (8)
PARISHES – The foreign city is the capital of France, and is wrapped around the title of a novel by H Rider Haggard.

21a         Author errs — man ill-suited to be an author (6,7)
ARTHUR RANSOME – Anagram (ill-suited) of AUTHOR ERRS MAN. The author of Swallows and Amazons and with a fascinating life story.

24a         See small particles in positions (9)
LOCATIONS – The exclamation for ‘See!’ or ‘Behold!’ followed by the particles with a positive electrical charge which are attracted to the cathode in electrolysis.

25a         Silly person dipping paper into sauce (5)
SOFTY – A Chinese sauce wrapped around the abbreviation for the pink financial paper. 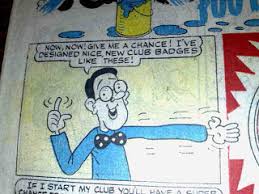 1d           More than one trouble-maker is besieging politician (4)
IMPS – IS (from the clue) wrapped around the usual politician (one we don’t actually have at the moment).

2d           Girl trapped shortly in eating area (7)
DINETTE – A two-letter shortened form of a girl’s name, followed by another word for ‘trapped’ or ‘entangled’ minus its last letter. The answer is a small area in a flat or caravan with a dining table and seating. 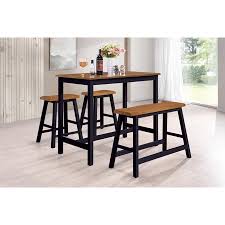 3d           Imitating action of a card player? (9,4)
FOLLOWING SUIT – Double definition, the second being what a bridge or whist player has to do when a card is led.

4d           The country’s reasonable, wanting a new leader (8)
NATIONAL – Start with another word for ‘reasonable’, then change the first letter (new leader) to get an adjective relating to the country as a whole.

5d           Marrying and attempting not to have rows initially (5)
TYING – Remove the first letter of Rows from another word for ‘attempting’.

7d           Non-believer witnessing robbery (7)
ATHEIST – Split the answer (2,5) and you have the location of someone witnessing a robbery.

16d         End up with girl getting covered in powder (8)
MAGNESIA – Reverse (up) a word for ‘end’ or ‘objective’, then wrap the result around a girl’s name – possibly Miss Grey, the eponymous heroine of the novel by Anne Brontë.

20d         The male boss at newspaper with terrible flu taking care (7)
HEEDFUL – Put together a male pronoun, the usual abbreviation for a newspaper boss, and an anagram (terrible) of FLU.

22d         River — little one under which darling almost drowns (5)
RHONE – An abbreviation for River followed by another term of endearment like ‘darling’ with its final letter removed, producing a river in Switzerland and France. 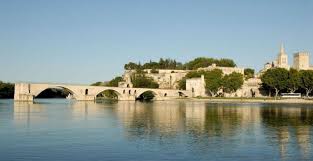 23d         A positive response? More than one! (4)
AYES – A (from the clue) and the usual word for a positive response, giving us he word used to describe votes in favour of a Parliamentary motion.