Good morning from South Staffs on a dark, grey morning, where at least the rain has paused for the moment. I hope that our readers have managed to stay safe and above water.

I think that Giovanni is back this week: the style of cluing seemed familiar, and we had the classical references and the occasional less common word. I found the puzzle relatively straightforward, but others may disagree.

4a           Bashing with a bit of power when stuck in grass (8)
SWATTING – ‘Grass’ here is a verb, and we need another slang word for ‘give information’ which we can then wrap around a unit of power (volts times amps, if I recall).

13a         Orchestra in assembly room finishing with Beethoven’s Third (5)
HALLE – A school assembly room followed by the third letter of BeEthoven.

14a         Nonsense talked in Brussels? Something perhaps at the breakfast table (7,6)
BELGIAN WAFFLE – Another word for spoken nonsense, preceded by an adjective which suggests it was spoken in Brussels. Put together, the result is a breakfast food. 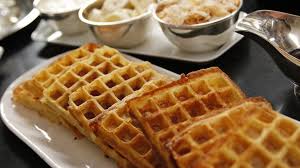 17a         Noisy clamour spreading out around India in bitter manner (13)
ACRIMONIOUSLY – Anagram (spreading out) of NOISY CLAMOUR, wrapped around the letter represented by India in the NATO alphabet.

25a         Walk from house, love getting healthy (4,2)
HOOF IT – Put together an abbreviation for ‘house’, the letter which looks like a love score at tennis, and another word for ‘healthy’. One of our regulars should have no difficulty with this one!

26a         Having bad effect on mother, a drink, little good (8)
DAMAGING – Put together a racehorses’s mother, A (from the clue), a variety of strong drink, and an abbreviation for Good.

27a         Publicity provided by alliance for accepted custom (6)
PRAXIS – A two-letter acronym for publicity activity, followed by a military alliance such as that between Germany and Italy in World War II. 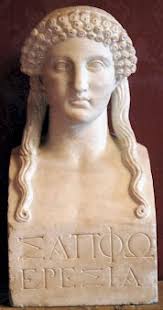 5d           Put on paper as something deemed to have lost value (7,4)
WRITTEN DOWN – This term for ‘put on paper’ is also used by accountants to refer to the value of an asset which has been depreciated.

6d           Airway with skill being set up, mostly inexpensive (7)
TRACHEA – Reverse (set up) another word for ‘skill’, then add a word for ‘inexpensive’ minus its last letter.

8d           Assembled to be picked up (8)
GATHERED – Double definition: assembled a crowd or some information; or understood from what one was told.

12d         Attitude that is not heartless evident in speech (11)
ORIENTATION – The Latin abbreviation for ‘that is’ and N(o)T (from the clue) with its middle letter removed (heartless) are put together and inserted into a public speech. 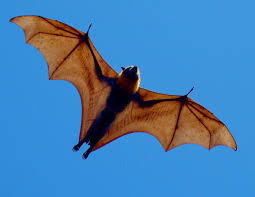 16d         One may have a number of bowlers not being used (8)
HATSTAND – Cryptic definition of something which may be occupied by bowlers and boaters while their owners are indoors.

19d         Jane, for one, certainly upset before lament’s cut short (7)
SEYMOUR – Reverse (upset) another word for ‘certainly’ and add another word for ‘lament’ with its final letter removed. The answer is the surname of, among others, the third wife of Henry VIII.

20d         Fights in beastly homes about nothing (3-3)
SET-TOS – The word for the homes of badgers is wrapped around the letter which looks like zero or nothing.

22d         In short match the French shine (5)
GLEAM – Remove the final letter from a sporting match, and insert the French definite article.