Good morning from a damp and rainy South Staffs. I’m rather busy today, so fewer illustrations than usual.

I ran into a block in the SE corner of today’s Giovanni which pushed my solving time well into *** territory.

1a           Jack hopes somehow to become a different man (6)
JOSEPH – The playing card symbol for a Jack followed by an anagram (somehow) of HOPES.

9a           A hundred and ten gathered round capital’s highest point (6)
CLIMAX – The Roman numerals for a hundred and ten, placed either side of a South American capital city.

10a         Give chaps solarium treatment for lines? (8)
TANGENTS – A three-letter verb for what you do in a solarium, followed by some chaps, to get some geometrical lines.

14a         Men dress and end up looking silly for poet (6,7)
EDMUND SPENSER – Anagram (looking silly) of MEN DRESS and END UP, giving us an Elizabethan poet.

17a         Socialist is given praise — lauded finally for showing what he wants wealth to be? (13)
REDISTRIBUTED – Put together the usual crossword Socialist, IS (from the clue), some words of praise, and the final letter of laudeD.

23a         Authority allows funny man to join African party in church (9)
CLEARANCE – Put together the surname of the author of some nonsense poetry and the initials of a South African political party, with the initials of the Church of England wrapped around the result.

24a         Nerve centre workers needing person of courage (8)
GANGLION – A party of workers followed by an animal used as a metaphor for courage. 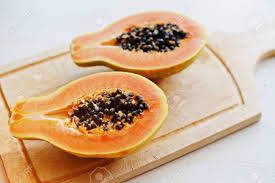 1d           Merry little woman nearby left abandoned (6)
JOCOSE – One of the protagonists from Little Women, followed by another word for ‘nearby’ with the L removed (left abandoned).

3d           Quiet hard worker given order, a shadow of his former self? (7)
PHANTOM – Put together the musical symbol for ‘quiet’, Hard, a worker insect, and the letters which go after the name of a person given this particular honour.

5d           Wild partygoers hiding in piece of furniture that can be covered (11)
TRAVERSABLE – A common item of household furniture, wrapped around the people attending a wild party. ‘Covered’ in the definition is as in ‘covered the ground’.

7d           Instruction to players, with time of abstinence over (5)
LENTO – The period of fasting in the Christian calendar which leads up to Easter, followed by Over, producing a musical instruction.

8d           Loses hope, as some French groups of minimal size (8)
DESPAIRS – One of the forms of the partitive article in French, followed by some examples of the smallest number of people who can form a group.

12d         Builders perhaps against having particular vehicles (11)
CONTRACTORS – A prefix for ‘against’ followed by some vehicles often found on farms.

16d         Forecasts from newspaper folk, with time being limited (8)
PRESAGES – A generic term for newspaper people wrapped around a long period of time.

19d         Row? Mark has hesitation to join in (7)
TERRACE – A word expressing hesitation is inserted into a mark or vestige of what has been.

22d         Any number will wear long garment in this island country (5)
TONGA – The algebraic symbol for ‘any number’ inserted into a robe worn by Roman senators.