Good morning from South Staffs, a grey day lit up by the magnolia stellate in full bloom in our garden.

I flew through the top half of today’s Giovanni, then ground to a halt in the bottom half, where both SW and SE quadrants took a while to get into.

1a           Musical some Parisian brought back is having soothing effect (8)
SEDATIVE – Put together the title of a musical about the wife of an Argentinian dictator and the French word for ‘some’, then reverse the result.

5a           SF film with US singer, one to impress (6)
ETCHER – The usual crossword science fiction character followed by an American singer who first came to prominence in a duo with Sonny Bono.

9a           Member cares about dangerous situation escalating (4,4)
ARMS RACE – One of the members of the body followed by an anagram (about) of CARES.

12a         European foundation opened by queen (6)
BASQUE – The foundation on which a structure is built, wrapped around an abbreviation for queen, giving us a member of the people living around the Atlantic end of the Pyrenees. 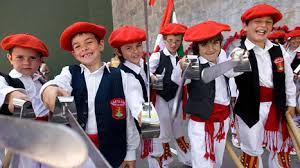 13a         Biblical land penetrated by princess from place across the Pond (8)
CANADIAN – The proverbial ‘land flowing with milk and honey’, wrapped around the short form of the name of the late Princess of Wales.

20a         Smell coming from Athens, maybe? Not good (4)
REEK – Remove the Good from the adjective describing a native of Athens.

21a         English politician restricted, having nothing more to offer (7)
EMPTIED – Put together English, one of the usual politicians, and ‘restricted’.

25a         Making noise about a top man after second bit of scandal (8)
CREAKING – Put together the second letter of sCandal, the Latin word for ‘about’ or ‘concerning’, A (from the clue), and the top man in a monarchy.

26a         Withdraw remedy (6)
REPAIR – Double definition: to withdraw to a private room; or to remedy or fix something which is broken.

28a         Indicators of ancient mounds truncated at the front (6)
ARROWS – Remove the first letter from some ancient burial mounds.

29a         William wanting summer in Paris had finally found accommodation (8)
BILLETED – Put together a familiar form of William, the French for ‘summer’, and the last letter of haD.

1d           Grotty old carriage parked outside B&B (6)
SHABBY – A horse-drawn carriage, an informal form of ‘chaise’, wrapped around the two Bs from the clue.

2d           Lunatic getting upset over request to provide material (6)
DAMASK – Reverse (upset) a word which can mean ‘lunatic’, then add a verb for ‘request’.

3d           Wrong to get rude, somehow making one distressed (8)
TORTURED – A legal term for a civil wrong, followed by an anagram (somehow) of RUDE.

4d           Fault with item in workshop (4)
VICE – Double definition: a character fault, the antithesis of virtue; and an item which clamps the work in place on a workbench.

8d           Eruption with head showing intemperance (8)
RASHNESS – An eruption on the skin followed by a promontory or head(land).

11d         Part of university group girl is kept outside (7)
FACULTY – A group or sect with a girl’s name wrapped around it. The heroine in the original King Kong was played by someone with that name. 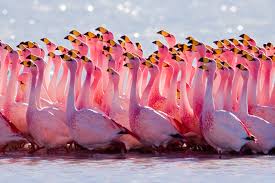 17d         Endlessly applaud one in concert broadcast (8)
PROCLAIM – Remove the final letter (endlessly) from another word for ‘applaud’, add the Roman numeral for one, then wrap one of a series of concerts held in London every summer around the result.

18d         Confession of mistake in football match may be related (8)
REFERRED – Split the answer (3,4) to get a statement about a mistake by the person in charge of a football match.

19d         Shopkeeper given abuse about supply potentially drying up? (8)
JEWELLER – A source of water traditionally accessed with a bucket on a rope, one which may dry up in a drought, with some verbal abuse wrapped around it.

24d         Requirement for spectacles to be offered by game (6)
BRIDGE – Double definition: what spectacles need to keep them on your nose; and a card game. 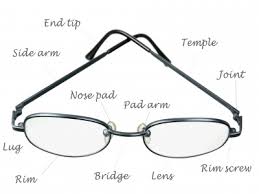