Hello, everyone.  I liked this puzzle.  I was on course for a PB time until my last couple of answers down in the SW corner brought the solve to a head-scratching halt.  They turned out to be excellent clues, so no complaints about that.  My appreciation for this puzzle grew as I wrote the hints, and I've bumped up the enjoyment rating because the high points were outstanding.  Another plus is that this is my first blog in a long time where no clues required links to the Usual Suspects page.  Setter, if you're reading please post a comment below so we can thank you in person, as it were.

In the hints below most indicators are italicized and underlining identifies precise definitions and cryptic definitions.  Clicking on the the answer would be here buttons will reveal the answers.  In some hints hyperlinks provide additional explanation or background.  Clicking on a picture will enlarge it or display a bonus illustration.  Please leave a comment telling us how you got on.

1a    Nervous -- and imperfect, perhaps? (5)
TENSE:  A double definition.  The second is what imperfect is an example of (… perhaps)

4a    Harassed press for introducing old don? (9)
PROFESSOR:  An anagram (harassed) of PRESS FOR containing (introducing) the abbreviation for old 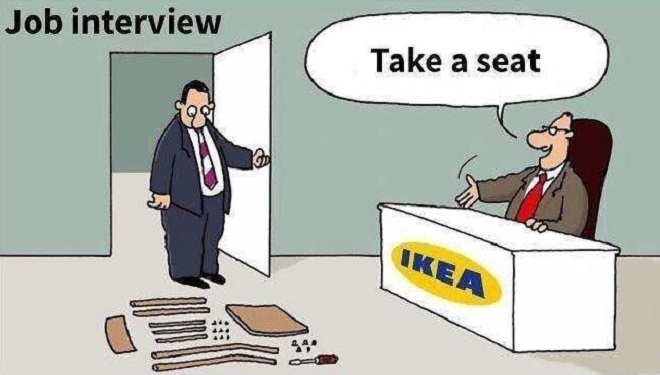 10a   Beg to go first after parking (5)
PLEAD:  “to go first” is placed after the abbreviation for parking 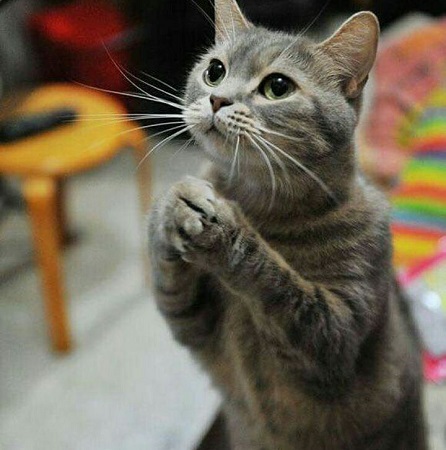 12a   Show organiser putting scoundrel on a high spot (7)
CURATOR:  Link together a scoundrel or dog, A from the clue, and a hill or rocky height

13a   This should be the very solution that you enter (6)
ANSWER:  What you're seeking here is literally what should go in the grid 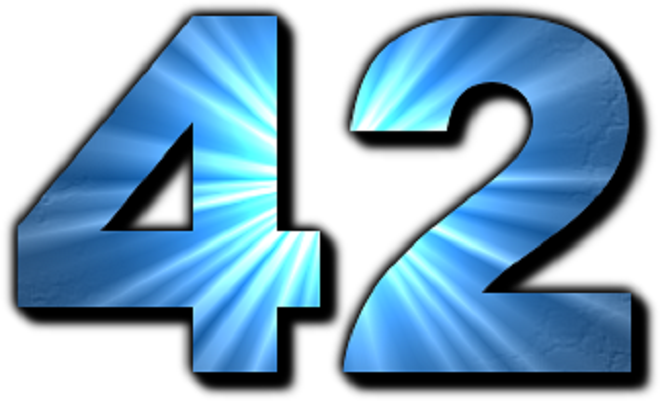 18a   Inhabitants of planet getting listening device, then trapping leader of Martians (8)
EARTHMEN:  One of your two personal listening devices is followed by THEN from the clue containing (trapping) the first letter of (leader of) Martians

23a   City that's dull -- it may get wet after a shower (4,3)
BATH MAT:  Follow a spa city in SW England by an adjective describing something that's dull or not shiny 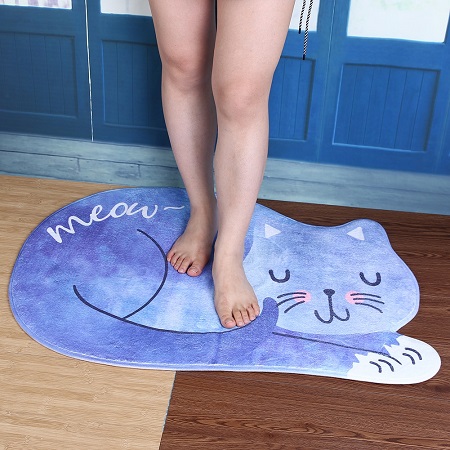 24a   Dog that's more like Terence? (7)
TERRIER:  Whimsically, this dog could be an adjective meaning more like (a diminutive form of) Terence

26a   A number rule the roost, to some extent (5)
ETHER:  In crosswordland a number can be something that makes you numb.  You'll find this number hiding as part of (… to some extent) the remainder of the clue

27a   Tangier confused North American: it's in South America (9)
ARGENTINA:  An anagram (confused) of TANGIER is followed by abbreviations for North and for America

28a   Essentially sharp about appearing in motoring event (9)
RADICALLY:  An adjective for sharp or sour is reversed (about) and inserted in a motoring event that tests driving skills and the ability to follow an unknown route

2d    Geordie mate gets a place in the mountains ... (5)
NEPAL:  Glue together the geographical abbreviation that could replace Geordie as an adjective, and a mate or friend

3d    ... Edward providing glacial material for building? (7)
EDIFICE:  A charade of a short form of Edward, a synonym of providing, and the material glaciers are made of.  If you're wondering why clues are sometimes linked by ellipses, read what Prolixic has to say about them on page 11 of his fine Brief Guide to the Construction of Cryptic Crossword Clues

4d    Write about a male water bird (6)
PEAHEN:  A short verb synonym of write containing (about) both A from the clue and a pronoun for a male 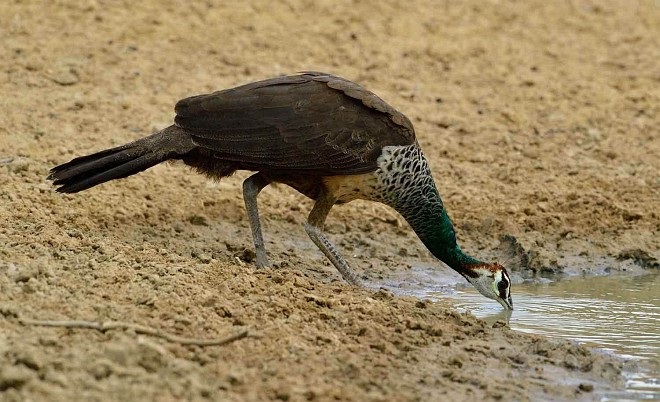 5d    'Accio Pint!' cooked up, with one about to leave person doling out glasses (8)
OPTICIAN:  An anagram (cooked up) of A[c]CIO PINT minus one instance of the single-letter Latin abbreviation for about (with one about to leave).  If the surface reading of this clue makes no sense, you might want to read about the Summoning Charm 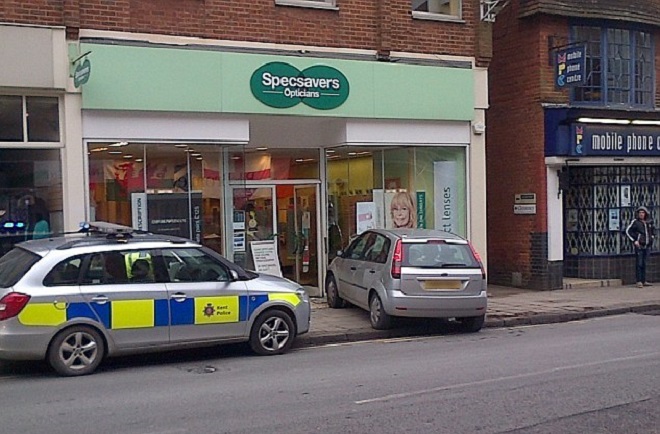 6d    Absolute ruler in temper, originally (7)
EMPEROR:  This ruler is lurking in the remainder of the clue

7d    Observer's a weekly publication (9)
SPECTATOR:  A double definition that's solid chestnut.  The publication is, according to the internet, "A weekly magazine featuring the best British journalists, authors, critics and cartoonists, since 1828".  It also publishes barred crosswords that appear to be well-regarded

8d    It can locate things in the dark or fog, either way (5)
RADAR:  …, either way indicates that the flexible locating technology we seek is a palindrome

17d   Something to savour: the setter attending a dance (8)
MEATBALL:  Concatenate a pronoun that the setter would use for themselves, a (2) synonym of attending, and a formal dance

19d   Large-scale place to live, needing half of great wealth (7)
HOMERIC:  Where one lives is followed by half of a six-letter word for great wealth 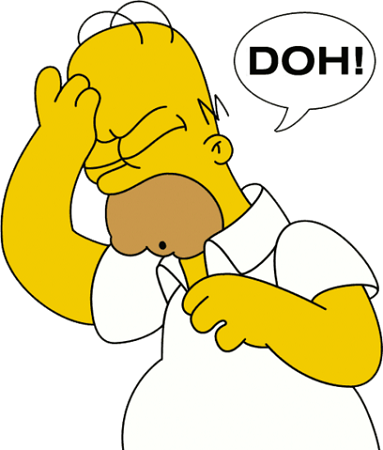 21d   Second Reagan in charge? That's stupid (7)
MORONIC:  Amalgamate an informal expression for a second or brief time interval, the shortened first name of President Reagan, and the abbreviation for in charge

23d   ... dim, initially boring, Shakespearean character (5)
BLEAR:  Stick together the first letter of (initially …) of Boring and one of Shakespeare's tragic kings

25d   You could see this on a cake in the freezer? (5)
ICING:  What you see on some cakes is also a process that occurs in the freezer (or anywhere else where it's cold enough).  This answer is always easy to illustrate because the internet is full of fails where the cake decorating instructions were taken literally 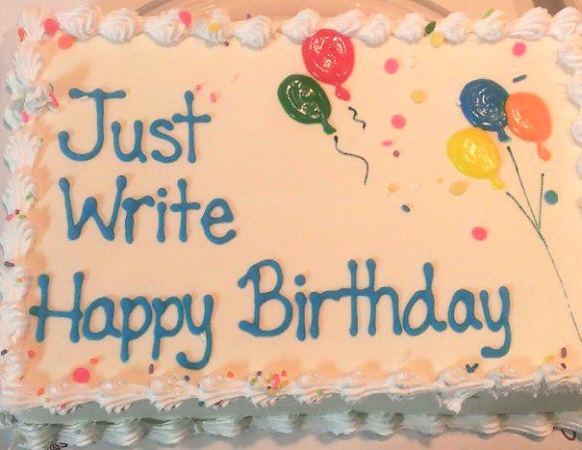