Today’s Giovanni took me longer than last week’s, though it is not easy to see why after the event. No doubt there will be comments again disagreeing with the difficulty marking. To those who expressed their violent disagreement last week, I say only that my difficulty marking is based on the time it takes me to complete the crossword. If it it takes you a longer or shorter time, it’s fine to say so, but don’t take it as an affront if someone else’s experience on a particular puzzle is different from yours.

1a           Smug company male wanting position not contracted (10)
COMPLACENT – Put together an abbreviation for company, Male, a position, and the short form of N(o)T.

6a           Spy in relationship (4)
BOND – Double definition, the first being the surname of a fictional spy who has appeared in lots of films.

13a         Rendering holy greeting when meeting extreme group? (9)
HALLOWING – A common word of greeting followed by a political grouping which is not in the centre of a party or parliament.

16a         Woman who was beautiful, ace, capital! (6)
HELENA – The name of the woman whose face is said to have launched a thousand ships, followed by the abbreviation found in the corners of an Ace in a pack of cards, giving us the state capital of Montana.

20a         Diplomatic move of Parisian — took steps, getting cut short (8)
DEMARCHE – The French for ‘of’ followed by ‘took steps (in a military manner)’ with its final letter removed.

27a         A foreign fellow approaching, not the first character to be rude (10)
UNMANNERLY – Put together a foreign word for A, a fellow, and ‘approaching’ or ‘almost’ with the first letter of the alphabet removed from it. 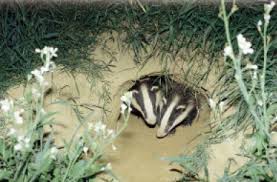 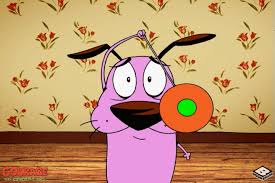 1d           Tactical unit, reportedly essential element (4)
CORE – This word for the central part of something is a homophone (reportedly) of a military grouping.

2d           Muttered brief report of mother’s injury (7)
MUMBLED – Split the answer (3,4) and you have another word for ‘mother’ and a verb describing a possible result of an injury.

4d           Comprehensive booing hard to absorb (5-3)
CATCH-ALL – The letter showing the hardness of a pencil is inserted into a word for booing or heckling.

5d           Knight with lots, not complete idiot (6)
NOODLE – The chess notation for a knight, followed by an informal word for ‘lots and lots’ with its final letter removed (not complete).

14d         Frank, taking seat, disturbed those awaiting interview? (10)
CANDIDATES – Another word for ‘frank’ followed by an anagram (disturbed) of SEAT.

17d         Hold back soldiers with muscle injury (8)
RESTRAIN – The familiar regiment of engineers followed by a stress injury.

21d         Fellow children being looked after — they show fear (7)
COWARDS – The prefix for ‘fellow’, as in ‘fellow worker’ or ‘fellow author’, followed by a legal term for children who are under the protection of the court.

22d         Character of body part (6)
KIDNEY – Double definition, the first a metaphor based on the belief that the organs of the body can affect a person’s character.