I was racing through today’s Giovanni until coming to a sudden halt in the southern half of the puzzle, with one word I’d never heard of (17d) and another I couldn’t parse (26a). Teasing out those two pushed me well into *** time.

10a         Italian in a crowd at match creates stir (7)
AGITATE – A (from the clue) and another word for the paying crowd at a match wrapped around an abbreviation for Italian.

14a         Wife has jumper, something very large (7)
WHOPPER – An abbreviation for Wife followed by a description of something which moves by jumping.

19a         ‘Citizenship’ at school maybe for UK citizen? (7)
SUBJECT – Double definition: a term for a school lesson, whether ‘Citizenship’ or ‘English’; and the relationship of a UK citizen to Her Majesty.

21a         Makes a protest, there being barriers (5)
RAILS – Double definition: a verb for ‘makes a verbal protest’; or a noun describing the barriers at the side of a racecourse, perhaps.

24a         Must die? (5)
MOULD – Double definition: the first is a noun for something which is stale or musty: the second is also a noun, and is something used to make a casting.

26a         Boy getting so cruel gets by (9)
HEARTLESS – This is the clue which took me longest to parse. To turn BOY (from the clue) into BY (from the clue) you have to remove the middle letter. In crossword terms this makes ‘boy’ this synonym for ‘cruel’.

28a         Italian port’s birds, small number coming in (7)
GENOESE – Some birds which come in a gaggle or skein, wrapped around an abbreviation for number.

1d           Relation with a bit of money entertaining you and me (6)
COUSIN – A metallic piece of money wrapped around the pronoun for ‘you and me’.

2d           Designer Jean and I were first up in a state of ecstasy (8)
DELIRIUM – Put together the surname of a 20th-century British fashion designer whose first name was Jean. I (from the clue), and ‘were first’ (in a race while it was going on), then reverse the result (up, in a Down clue). 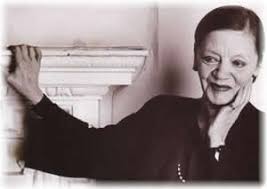 3d           Where the roofer may be working for no money (2,3,5)
ON THE HOUSE – An expression for something which comes at no cost could also describe where you would find a roofer working.

5d           Feeble border penetrated by a thousand (4)
LIMP – Another word for a border (of a cup, perhaps) wrapped round the Roman numeral for a thousand.

6d           Governor of bits round area to the north (6)
SATRAP – Start by wrapping some bits or components around an abbreviation for Area, then reverse the result to get an ancient Persian governor. 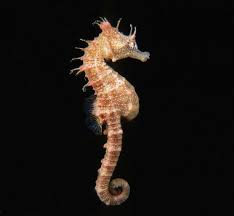 15d         Thinking too much of maiden maybe, sailor goes under (10)
OVERRATING – A cricket term for a set of six deliveries which may or may not be described as a maiden, followed by a naval sailor who is not an officer.

16d         Is something soiled so inexpensive? (4,5)
DIRT CHEAP – An expression for something very inexpensive which may suggest that the price is so low you can scrape it off the ground.

17d         Aromatic plant involved girl in expense (8)
COSTMARY – Split the answer (4,4) and you have ‘involved (someone) in expense’ and a girl’s name. Put together you have Chrysanthemum balsamita, described in the BRB as ‘a composite plant of S Europe grown for its fragrant leaves and used as a seasoning and to flavour ale’. I’d never heard of it. 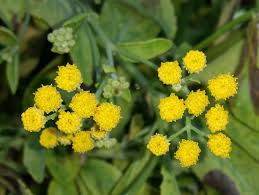 20d         Reward offered for ship commandeered by rebels (6)
BOUNTY – This term for a reward was also the name of the naval ship commanded by Captain Bligh.

23d         Seaweed‘s flavour (4)
TANG – Double definition, the first being a type of coarse seaweed, the second a pungent flavour or the hint of a flavour.

Off to London this afternoon, where I hope to see some of you tonight, and others tomorrow at the Birthday Bash, though another commitment means I shall be late arriving.