There was one new word for me in today’s Giovanni, though readily gettable from the wordplay, and there is one answer which those who profess to know nothing about organised religion may struggle with, but otherwise I found this to be a reasonably straightforward puzzle.

7a           US President, first to consider dreadful lie ‘good’ (8)
COOLIDGE – The first letter of Consider followed by an anagram (dreadful) of LIE GOOD. 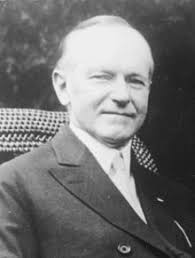 9a           Process I discovered in part of west London (6)
ACTION – A part of London found at the western end of the Central Line, wrapped around I (from the clue).

10a         Plants offering a hundred places for bees (6)
CHIVES – The Roman numeral for a hundred followed by the places where bees are kept. 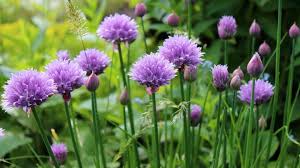 11a         Glowing quality of artist can die out (8)
RADIANCE – The usual crossword artist followed by an anagram (out) of CAN DIE.

12a         They perhaps will join chaps in awful sect making declarations (14)
PRONOUNCEMENTS – Start with the part of speech of which ‘they’ is an example, then add an anagram (awful) of SECT wrapped around some chaps.

15a         Ardent leader of men behind struggle (4)
WARM – A struggle or armed conflict followed by the first letter of Men.

19a         Short log about military operation (4)
RAID – Remove the final letter (short) from a log or journal, then reverse the result.

23a         Transgress with long hair? Dad’s intervening (8)
TRESPASS – Another word for ‘Dad’ inserted into a piece of long hair.

27a         Hindu law expressed in notice about restricting damage (6)
DHARMA – Reverse (about) a short form of a publicity notice, and wrap the result around a word for ‘damage’. For Hindus, according to Wikipedia, this term signifies behaviours that are considered to be in accord with Ṛta, the order that makes life and universe possible, and includes duties, rights, laws, conduct, virtues and “right way of living” 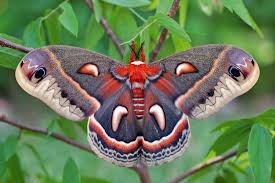 4d           Vehicle encountered going north and getting in the way (6)
TANDEM – Reverse (going north, in a down clue) a word for ‘encountered’, then insert AND (from the clue). 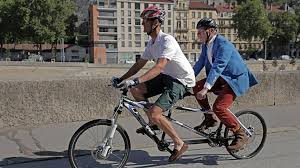 5d           Second teacher — one won’t let everything go through (8)
STRAINER – An abbreviation for Second followed by a teacher of physical or vocational skills.

6d           Compromise is trick, meeting heard (10)
CONCESSION – A trick or cheat followed by a homophone (heard) of another word for a meeting, perhaps of a court or Parliament.

8d           Girl’s outburst creates revulsion (7)
DISGUST – A short form of a girl’s name (she might even have been a princess once), plus the ‘S from the clue, followed by a sudden outburst of wind.

14d         Counters for fast food? (5)
CHIPS – Double definition, the first being the counters used to keep score in a poker game, for example.

16d         What some women wear going to bash in government department (8)
MINISTRY – The plural of a type of dress or skirt followed by a bash or attempt.

18d         Access to service station possibly, something truly unexciting (4-3)
TURN-OFF – Another way of describing the slip road from a motorway at a junction or service station is also something which removes any sense of excitement one may be feeling.

22d         Church service, shortened one with money collected (6)
MATINS – To get this Church of England service, start by removing the final letter from a service more commonly held in a Roman Catholic church, then wrap the result around some old slang for money.