A reasonably gentle start to the year from Giovanni this morning, with nothing to frighten the horses (except possibly 1a!).

1a           Monster in heap of straw getting at food (10)
COCKATRICE – Put together a heap of straw or hay, AT (from the clue), and a food cereal which forms the staple diet of large parts of the Orient. The answer is a mythical beast, essentially a two-legged dragon or serpent-like creature with a rooster’s head. 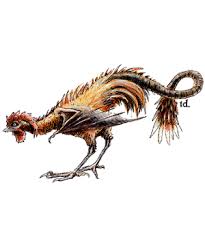 10a         Tumble down the ski slopes maybe for teatime treat? (5,4)
SWISS ROLL – This variety of cake could also be what happens after a fall on the ski slopes of a particular Alpine country. 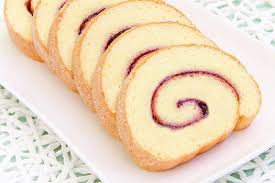 19a         Little boy will sit in nearly all these seats (7)
THRONES – Remove the final letter (nearly all) from THES(e) (from the clue) and wrap the result round a short form of a boy’s name, to get these seats of power or ease.

21a         Country activity very much associated with ancient dynasty (7)
FARMING – An adverb used as an intensifier (like ‘very much’), followed by a Chinese imperial dynasty.

24a         Trees in curved formations by lake (7)
LARCHES – An abbreviation for Lake followed by some curved architectural formations.


27a         Child finally restrained by troubled mother in Norwegian city (9)
TRONDHEIM – Anagram (troubled) of MOTHER IN wrapped around the last letter (finally) of chilD. This was the home of Edvard Grieg.

30a         Craftsperson one mum and lad spotted at side of street (10)
STONEMASON – Put together an abbreviation for STreet, ONE (from the clue), another word for ‘mum’, and her lad.

2d           Copper is a good one who may wave his hands about? (9)
CONDUCTOR – Here we have a statement referring to the capacity of materials to host a flow of electricity, or the person who stands in front of an orchestra with a baton.

3d           It’s excellent of the French to provide assistants (5)
AIDES – A two-letter representation of the alphanumeric expression used to indicate an excellent risk in the insurance market, followed by the plural form of the partitive article (‘of the’) in French.

4d           Artist with tricky class — naughty boys? (7)
RASCALS – The usual crossword artist from the Royal Academy, followed by an anagram (tricky) of CLASS.

7d           Aussie animals taking time to settle (5)
ROOST – The short form of the name of some Australian marsupials, followed by Time.

11d         Alcoholic drink — team will need transport (7)
SIDECAR – Another word for a football or cricket team followed by a motor vehicle. 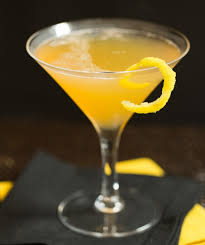 14d         Acting group, one kept in as punishment and reprimanded (10)
CASTIGATED – Put together the collective term for the group of actors involved in a play, the Roman numeral for one, and a form of boarding school punishment which means that the miscreant is restricted to the school grounds.

16d         Football team with its colour becoming mucky (7)
MANURED – The short form (3,1) of the name of a famous Premiership football club, followed by the colour of their main shirts.

21d         Fellow in charge supporting rising celebrity (7)
FOREMAN – A preposition meaning ‘supporting’ or ‘in favour of’ followed by the reversal (rising, in a Down clue) of another word for celebrity.

23d         Set down cheap drink (5)
PLONK – Double definition, the first being to put down carelessly or roughly, the second derived from ‘vin blanc’.

25d         Buck perhaps wanting maiden — or many maidens! (5)
HAREM – A type of animal whose male is known as a buck, followed by the abbreviation for a maiden over on a cricket scorecard.