Hello, everyone, and welcome to Tuesday.  While solving it I thought that this puzzle was trickier than the Tuesday norm, but after writing the hints I couldn't see why.  Funny how that seems to happen.  How was it for you?

The countdown box over there on the right of the page shows that the 10th anniversary of this blog is rapidly approaching.  Everyone is invited to celebrate this event at the traditional Birthday Bash gathering at The Bridge House on January 26th, 2019.  I'm opening up a comment box survey to collect responses from all readers who would like to send along some words about what the site has given them, express their thanks and well wishes to BD, etc., etc..  We'll share hard copies of the contributions at the Bash and publish them on the site afterwards.  Click here to open the comment box and leave your thoughts.

In the hints below most indicators are italicized, and underlining identifies precise definitions and cryptic definitions.  Clicking on the No Easter Egg this week buttons will reveal the answers.  In some hints hyperlinks provide additional explanation or background.  Clicking on a picture will enlarge it or display a bonus illustration.  Please leave a comment telling us how you got on.

1a    Drink left actor playing a subordinate part (7)
SUPPORT:  A verb synonym of drink is followed by the nautical word for left

5a    Give talk about what was in Thatcher's grasp? (7)
HANDBAG:  Put together give or pass and the reversal (about) of an informal word for talk, to get Margaret Thatcher's ever-present accessory 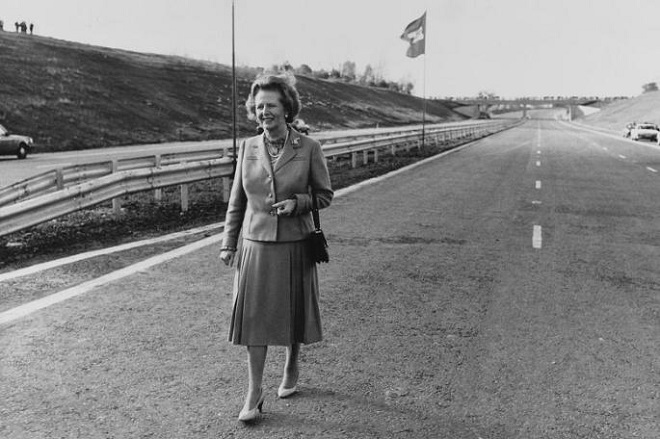 10a   Rodent entertaining retreating cat with hard whiskers (9)
MOUSTACHE:  A small rodent containing (entertaining) both CAT from the clue reversed (retreating) and the pencil abbreviation for hard

11a   Knocked out a dishonest criminal (10)
ASTONISHED:  An anagram (criminal) of A DISHONEST 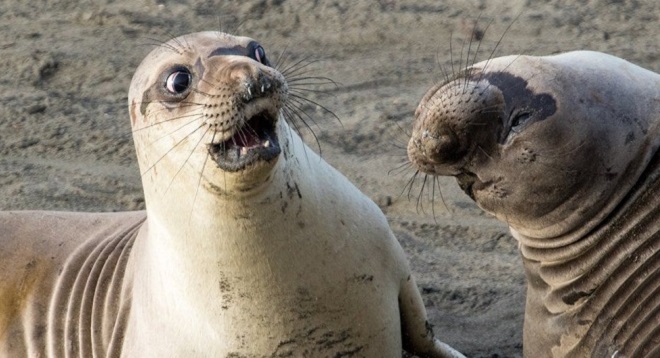 12a   Appears to scrub male's spots (4)
SEES:  A synonym of appears with the abbreviation for male deleted (to scrub male) 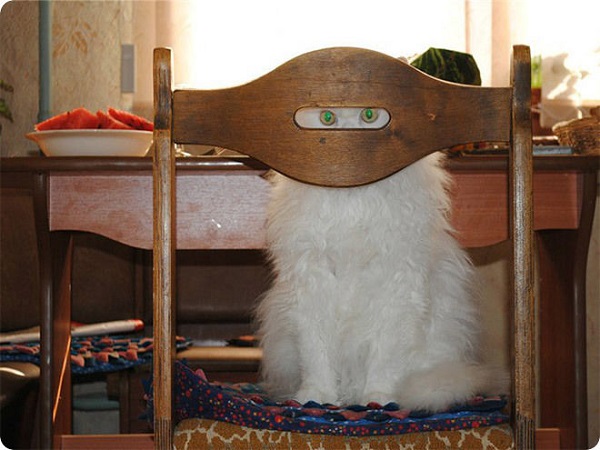 14a   Running over as rationing's broadcast (12)
ORGANISATION:  An anagram (… broadcast) of the cricket abbreviation for over and AS RATIONING from the clue

21a   American with diamonds -- Detective Sergeant puts two and two together? (4)
ADDS:  Fuse together abbreviations for American, Diamonds (on playing cards), and Detective Sergeant.  The ? indicates that we have here a definition by example

22a   A primarily tight belt -- I have to get fit (10)
ATTRACTIVE:  Concatenate A from the clue, the first letter (primarily …) of TIGHT, a belt or region, and the contracted form of I HAVE from the clue.  Fit here has its informal meaning of sexually desirable

25a   Managed behaviour by editor (9)
CONDUCTED:  A charade of a synonym of behaviour and the usual abbreviation for editor

27a   Small steps? They go downhill in the snow (7)
SLEDGES:  The clothing abbreviation for small is followed by some steps or shelf-like projections

28a   Organ with a switch finally stuck in church -- it's a pain (7)
EARACHE:  Cement together the hearing organ, A from the clue, and the last letter (… finally) of SWITCH inserted in (stuck in) one of the usual abbreviations for church

1d    Slug oddly born far underground (6)
SUBWAY:  Assemble the odd letters (… oddly) of SLUG, the abbreviation for born, and an informal adverb synonym of far (used, for example, in constructions like "far better" or "far up the mountain") 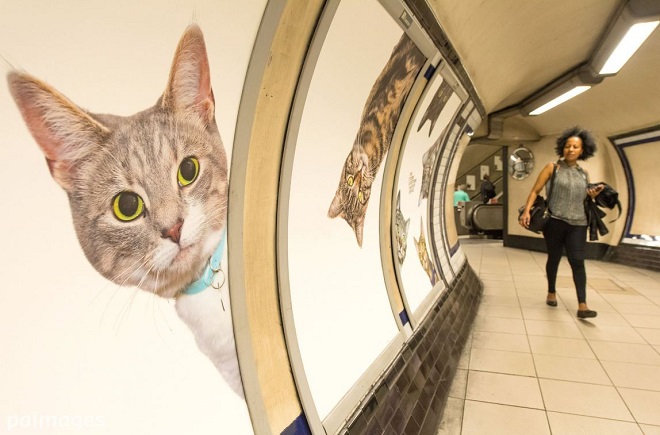 2d    Places rubbish in lake? On the contrary (6)
PLANTS:  On the contrary instructs us to reverse the word play, so we insert the map abbreviation for lake in an informal synonym of rubbish

3d    Exotic lady in Rio captivating king, by and large (10)
ORDINARILY:  An anagram (exotic…) of LADY IN RIO containing (captivating) the Latin abbreviation for king

4d    Some witches emitted upsetting spells (5)
TIMES:  The answer is hiding reversed (upsetting) in some of the remaining characters in the clue

6d    Letter from school turning up (4)
NOTE:  The reversal (turning up, in a down clue) of one of crosswordland's favourite public schools

8d    Assuming visitor endlessly goes on Twitter (8)
GUESSING:  A visitor without his final letter (… endlessly) is followed by (goes on, in a down clue) a synonym of twitter

13d   Picky  individual (10)
PARTICULAR:  A double definition that must by now be a chestnut 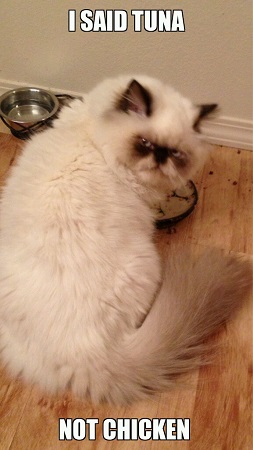 15d   Urges dad to return with small spades (9)
APPETITES:  Amalgamate the reversal (…to return) of an informal word for dad, an adjective (of French origin) meaning small, and the playing card abbreviation for spades

17d   Dope in court? (8)
EVIDENCE:  A cryptic definition of information (dope) that might be presented in court 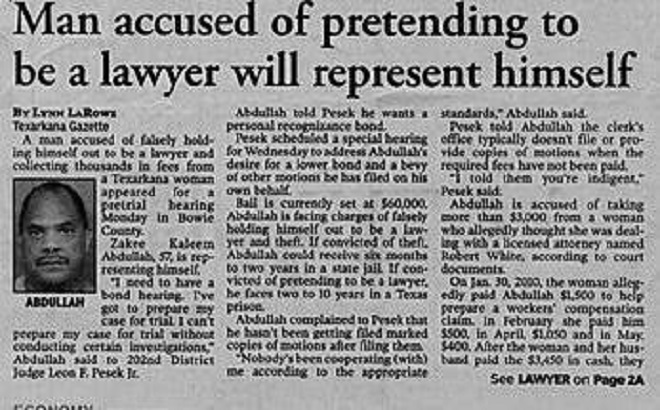 20d   Order grass to be cut after 31 days? (6)
DECREE:  A tall marsh grass missing its last letter (… to be cut) is placed after an abbreviation for one of the months having 31 days

23d   Free, for example, to climb hill-range (5)
RIDGE:  Free or unburden is followed by the reversal (to climb, in a down clue) of the Latin abbreviation for "for example"

24d   Whip and head of government spoke (4)
RUNG:  A synonym of whip (as in "I'll just whip in the newsagent to get a paper") and the first letter of (head of) GOVERNMENT 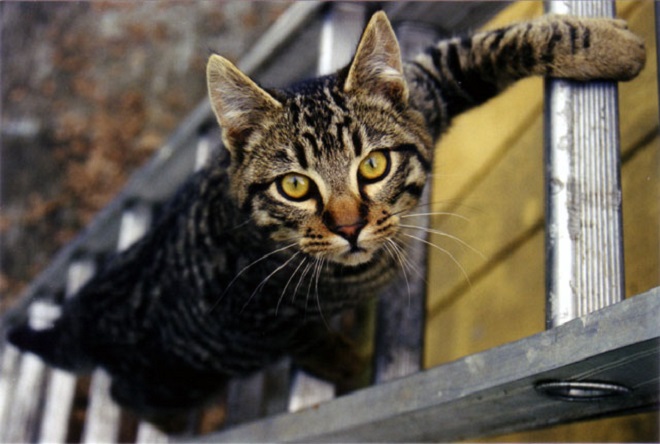 Thanks to today’s setter for a fun solve.  Top clue for me today was 5d.  Which clues did you like best?