My first solve using the new Telegraph Puzzles site, and it worked reasonably well for me – though I see that they still haven’t followed the practice in the paper version of italicising the components of the Quickie pun. Once I’d got over the desire to have RUBENS as the answer to 1a, today’s Giovanni was reasonably straightforward, though I had to dredge the flower at 10a from the depths of memory (and then check that it existed).

1a           Painter manages to capture one foreign city (6)
MUNICH – The painter of The Scream wrapped around the Roman numeral for one.

4a           Shocked, being exposed outside student event (8)
OUTRAGED – The jargon term for having one’s personal secrets exposed to public gaze, wrapped around a traditional student event which usually raises money for charity (though whether they still exist in these politically correct times I don’t know).

9a           Indulgent, allowing bit of noise after party (6)
DOTING – One of the usual crossword parties followed by the noise a small bell might make.

10a         Square contains a flowering plant (8)
CENTAURY – Another way of expressing the square of ten, or a public square in a number of cities, with A (from the clue) inserted to give us a member of the gentian family. 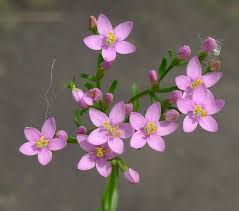 11a         Traveller in company game faced with ruin (5,4)
MARCO POLO – To get this mediaeval traveller, put together another word for ‘ruin’, an abbreviation for company, and a game played on horseback. 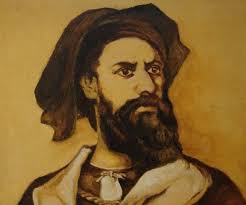 13a         Accepted with thanks by little fellow (5)
TAKEN – A short word of thanks followed by the shortened form of a man’s name.

17a         They want us to take things in properly (13)
NUTRITIONISTS – Cryptic definition of those representatives of the nanny state who frown upon the consumption of anything enjoyable.

23a         Temper shown when gangster, priest and troublemaker meet (9)
ALLEVIATE – Put together the short first name of an infamous American gangster, an Old Testament priest, and the Greek goddess of mischief. The definition is a verb.

24a         Laughing when touched may be difficult (8)
TICKLISH – Double definition, the second being difficult in the sense of ‘tricky’.

26a         One may provide cover-up after accident (8)
DRESSING – Cryptic definition of the covering for a wound.

27a         President making a mark in print (6)
MACRON – Double definition: the President of France; or a diacritical mark.

1d           Woman crazy in the morning, beginning to erupt (6)
MADAME – Put together another word for ‘crazy’, the abbreviation for ‘in the morning’, and the first letter of Erupt.

6d           Went around gallery protected by staff (7)
ROTATED – Another word for a staff or stick wrapped around a London art gallery.


8d           Senior ladies performed start of song with inner longing (8)
DOYENNES – Put together another word for ‘performed’ and the first letter of Song, then wrap the result around a three- letter word for ‘longing’.

12d         Individualists in a state of wickedness? (8,3)
ORIGINAL SIN – Split this (9,2) and you have ‘individualists’ and IN (from the clue). The answer is the spiritual state into which, according to Christian teaching, humanity has been born since the Fall of Man. 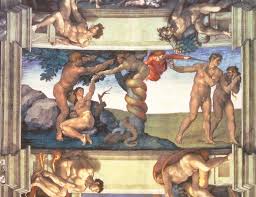 22d         Shiny substance with nitrogen put over area of land (5)
NACRE – The chemical symbol for nitrogen followed by an Imperial measure of land area. 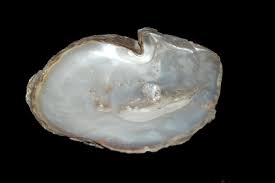