Hello, everyone.  Our Telegraph Puzzles Editor Chris Lancaster informed us yesterday that the back-page setting roster is being rearranged to allow John Halpern (Dada, Paul, Muss, Punk) to take over the Sunday slot just vacated by Brian Geer (Virgilius, Brendan, Jed).  As a result, the main Tuesday setter (who I'm not sure I'm allowed to name but see FAQ #28 if you're curious) will move to Monday, and Tuesday puzzles will be set by a cast of Mysterons with puzzles from Chris Lancaster "appearing on Tuesdays on a fairly regular basis".  If this is indeed my last Tuesday blogging under the old arrangement, I must thank the outgoing Tuesday setters for consistently providing excellent puzzles that I've found enjoyable and entertaining to solve and to blog.  I shall be paying special attention to the Monday Quickies from now on to see what trickiness might be lurking within those grids.

Before we move on to the hints, I need to ask for help from the BD community.  Many of you will be painfully aware that about a week ago the site's "spoilers" (the grey buttons that reveal the answers when clicked) started misbehaving.  The usual issue is that the spoiler displays as a vertical grey line that does nothing when clicked.  I have developed a manual blog-by-blog workaround that seems to cure the problem for most people, but we need to discover and fix the underlying issue if spoilers are to work again with the thousands of older blogs on the site.  It's been hard to debug the issue because all spoilers work properly on every computer and browser that I've been able to try.  I have therefore created a short survey asking readers to load three blogs and report how the spoilers appear on their systems, in the hope that we might identify a common factor among those having issues.  [Edit:  The survey is now closed.  Thanks to everyone who responded].

In the hints below most indicators are italicized, and underlining identifies precise definitions and cryptic definitions.  Clicking on the Answer buttons will reveal the answers.  In some hints hyperlinks provide additional explanation or background.  Clicking on a picture will enlarge it or display a bonus illustration.  Please leave a comment telling us how you got on.

1a    Unfortunately curtail rap at beginning of single: here's the details (11)
PARTICULARS:  An anagram (unfortunately) of CURTAIL RAP with the beginning letter of SINGLE

9a    See a blemish (4)
SPOT:  A straightforward double definition 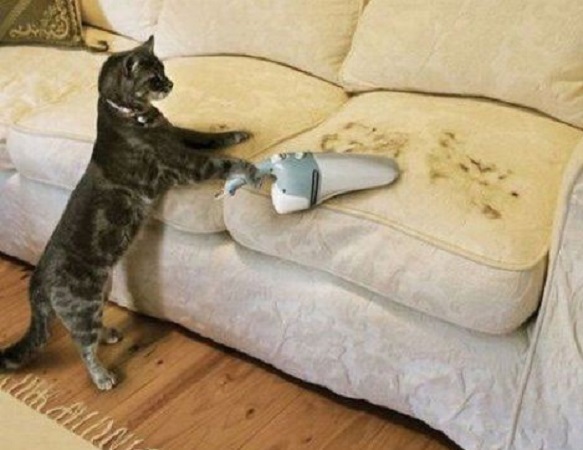 11a   Brave warrior: he takes half of Italian city (4)
HERO:  HE from the clue followed by half of the capital city of Italy

14a   In secrecy, cleverly use again (7)
RECYCLE:  The answer is hidden in the remainder of the clue

16a   Surveys returned about calcium in seafood (7)
SCALLOP:  Some surveys are reversed (returned) and wrapped about the chemical symbol for calcium

17a   She's a band named after her, maybe backed by a chap named Cooper? (5)
ALICE:  The answer is a girl's name associated with a wide hair band and also the first part of the stage name adopted by rock singer Cooper 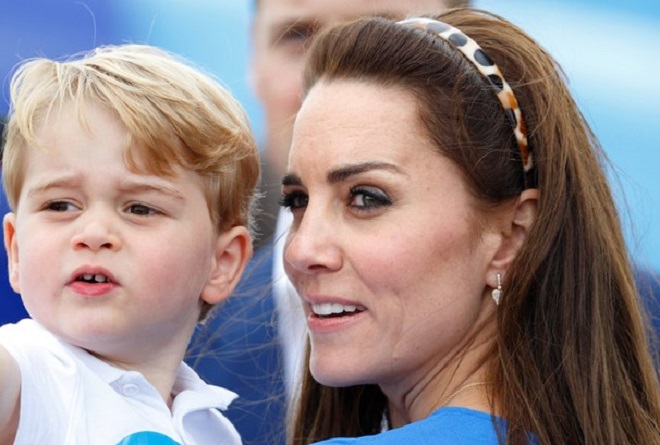 18a   Boast about argument (4)
CROW:  The single letter abbreviation for roughly or about is followed by an argument

20a   Indian perhaps in old vessel crossing Spain (5)
OCEAN:  The abbreviation for old with a metal storage vessel containing (crossing) the IVR code for Spain. "Indian perhaps" indicates that Indian is an example of the answer

22a   One's honest about celebrity (7)
REALIST:  A usual (2) word for about or concerning with an informal (1-4) adjective for a top-tier celebrity

23a   Spoil study by independent old electrical engineer (7)
MARCONI:  A charade of spoil or damage, the study we met in 10a, and a single-letter abbreviation for independent 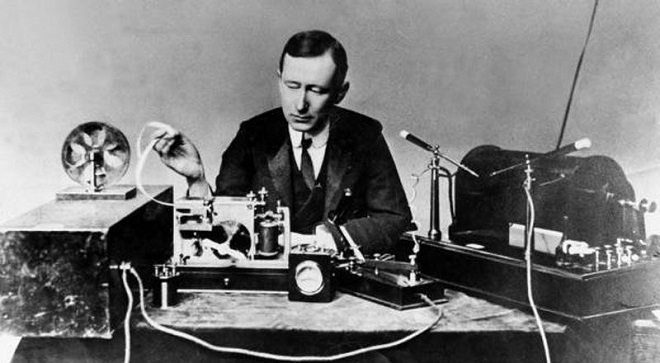 24a   Try a game of cricket (4)
TEST:  A double definition.  The cricket game is a serious international match played in whites and lasting up to five days if you're lucky (or unlucky, as the case may be)

28a   Device for telling pub-goers to drink up: in the past, or the future? (4,7)
TIME MACHINE:  The answer could, whimsically, be a device that emits the traditional shout from the bar inviting last orders.  The answer's usual definition means it could also perform that function in the past or in the future 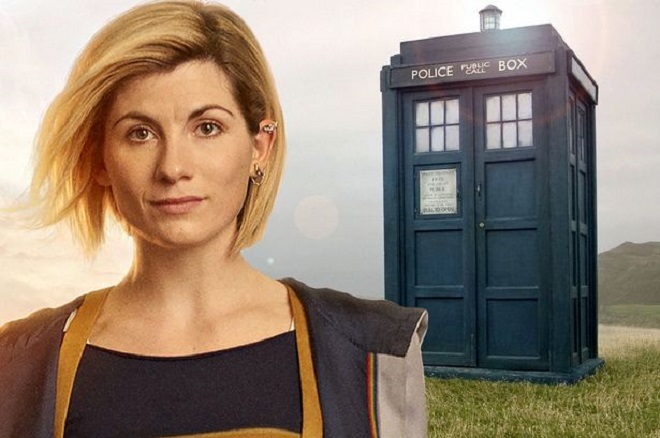 29a   French bread causing tummy ache? (4)
PAIN:  The French word for bread is what a tummy ache is an example of (indicated by the ?)

30a   Servant combining charm with bed? I am! (11)
CHAMBERMAID:  An anagram (combining) of CHARM BED I AM

2d    River in which star is reflected (4)
AVON:  The reversal (reflected) of a star that has suddenly increased in brightness

3d    Throw at ship (4)
TOSS:  A synonym of "at" followed by crosswordland's usual ship

4d    Black maybe worn by Edward and Mark (7)
CEDILLA:  The first name of Liverpudlian female singer Black is wrapped around (worn by) a contraction of Edward to yield a punctuation mark.  "Black maybe" indicating that Black is here being a definition by example of the required first name

5d    Attract student runner from Yorkshire (4)
LURE:  The usual single letter denoting a student or learner is followed by a river in Yorkshire (a "runner" because a river runs)

6d    Inform on people in modern society (3,4)
RAT RACE:  Join together synonyms of "inform on" and a people 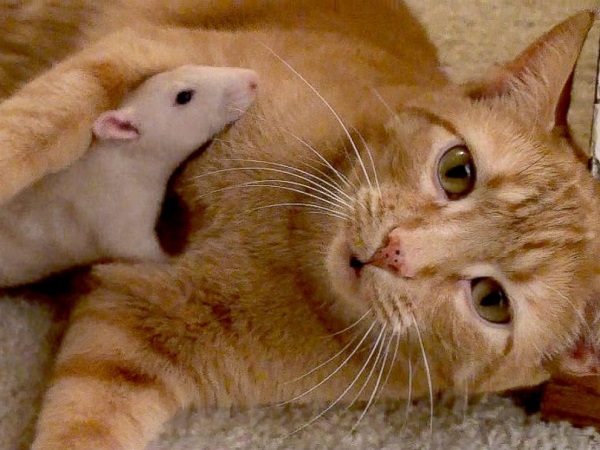 7d    A very quiet woman morphed into just 'a name' (11)
APPELLATION:  Concatenate A from the clue,  the musical abbreviation for pianissimo or very quiet, a woman's name, and an anagram (morphed) of INTO

8d    Type of pressure we're all under (11)
ATMOSPHERIC:  A cryptic definition of the roughly 14psi of pressure we feel because of what's above us 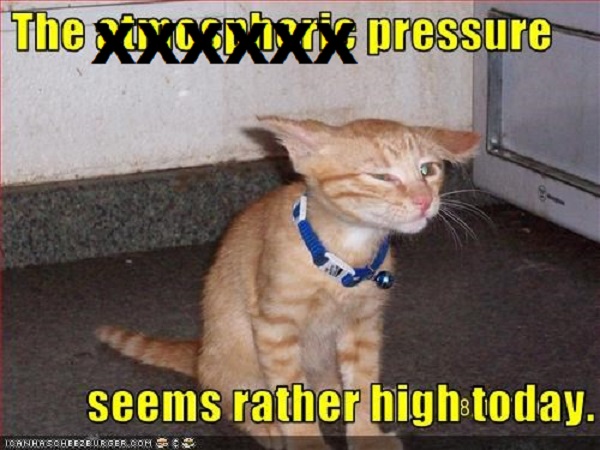 12d   Old dinosaur with three dangerous points to face? (11)
TRICERATOPS:  Presumably this is a cryptic definition, with the literal reading describing perfectly this dinosaur 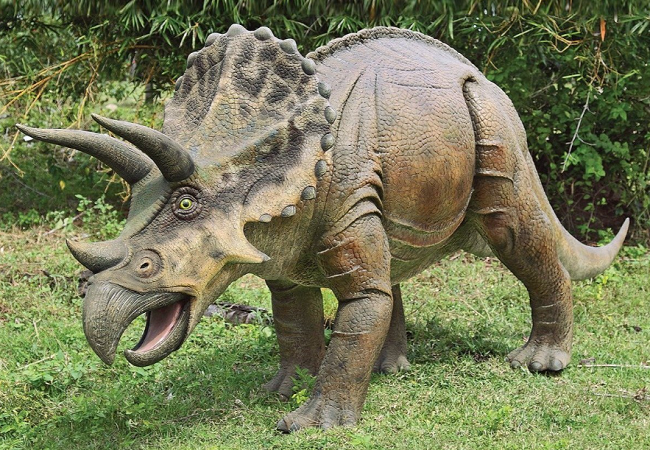 15d   Vote into office and pick leader off (5)
ELECT:  The answer is found as a word for pick or choose with its first letter deleted (… leader off) 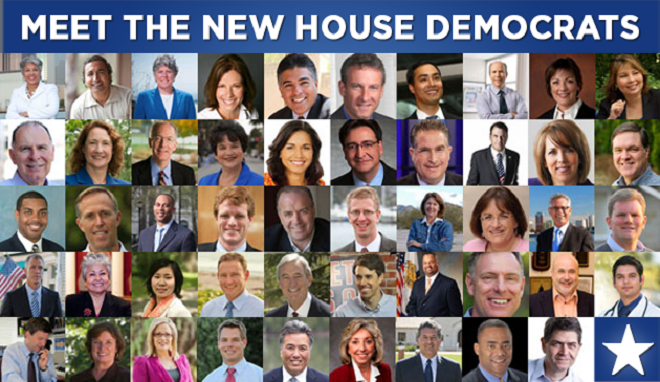 16d   Leave first of sheep and cows with male animal (5)
SCRAM:  The first letters of SHEEP and COW are combined with the male variety of an animal seen a few words earlier in the clue

20d   East German supported by well-off person scared to face reality (7)
OSTRICH:  The German word for east is followed by (supported by, in a down clue) an adjective meaning well-off 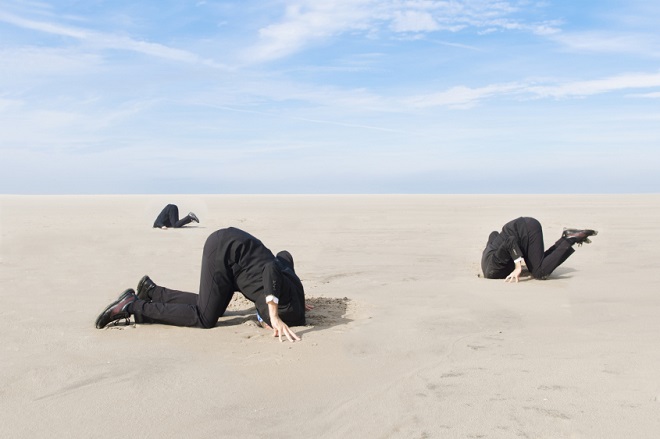 21d   Set forth, and rushed back with speed (7)
NARRATE:  The reversal (… back) of rushed or dashed with a synonym of speed

27d   Against a new note? (4)
ANTI:  Cement to together A from the clue, the abbreviation for new, and a note on the sol-fa musical scale

Thanks to today’s setter for a fun solve.  My favourite today was 4d.  Which clues did you like best?