Good morning from South Staffs on a bright but chilly day.

Apart from the classical Muse in 15a, there isn’t anything particularly tricky in today’s Giovanni, and for me it was a straightforward solve. Thanks to Giovanni for the puzzle.

4a           Schemes to get US soldier, terribly sick, to collect award for fighting (8)
GIMMICKS – The usual US soldier and an anagram (terribly) of SICK, placed either side of a gallantry award.

9a           Live with soldiers, having joined team (6)
RESIDE – The usual regiment of engineers followed by another word for a sports team.

10a         Not relaxed, having gone through a screening process (8)
STRAINED – The screen here will have had a fine mesh.

12a         Member of Royal Navy maybe planting tree on isle (10)
SERVICEMAN – A type of tree, in the Sorbus family, followed by an Isle in the Irish Sea.

15a         Priest dancing before job — inspired by this female? (11)
TERPSICHORE – Anagram (dancing) of PRIEST followed by a household task, giving us the name of one of the nine Muses in Ancient Greek mythology, the one who was goddess of the dance. 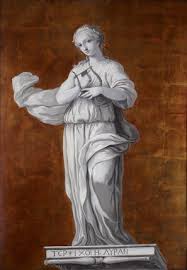 20a         Club attraction, one to be avoided (3)
BAT – Remove (to be avoided) the Roman numeral for one from the sort of attraction used to bring a fish to the hook.

21a         Enthusiastic supporters or cooler types? (4)
FANS – These supporters could also be used to cool you down in a hot room.

22a         One grape munched by the Spanish — bit of fruit often discarded (6,4)
ORANGE PEEL – Anagram (munched) of ONE GRAPE, followed by a Spanish definite article.

24a         Prominent features around grassland for South Americans (8)
CHILEANS – Some facial features which may be prominent (think Bruce Forsyth or Jimmy Hill) or receding, wrapped around the sort of grassland which the lowing herd winds slowly o’er in Gray’s Elegy. 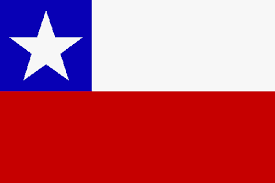 25a         Pet left half abandoned after short while (6)
TICKLE – A short time, perhaps one beat of the clock, followed by the first half of LE(ft). The definition is a verb.

2d           Left in distress, giving little away (7)
MISERLY – Another word for distress or anguish, with Left inserted.

3d           Inferior pottery in Glos. estate (9)
BADMINTON – The answer is a country estate in Gloucestershire which may be associated with equestrian events or shuttlecocks. Split (3,6) it could also be some poor examples of china or porcelain made by a once prominent Stoke-on-Trent company. 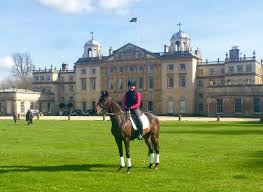 7d           Money wasted at once, very little saved (7)
CENTAVO – Anagram (wasted) of AT ONCE, with an abbreviation for Very inserted, giving us a small coin once in South America or Portugal.

8d           Old-fashioned means of transport for one upwardly mobile (5)
SEDAN – Cryptic definition of an enclosed chair carried through the streets by two or more bearers, the passenger being someone who aspired to gentility. The term was later applied to enclosed motor cars in America. 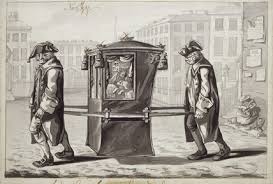 16d         Jazz fan, the chap going round Ireland to see girl (9)
CATHERINE – Put together a somewhat ancient term for a jazz enthusiast and a pronoun for ‘the chap’ wrapped around a poetic term for the island of Ireland, to get a girl’s name.


17d         They praise those no longer in the belfry team? (9)
EXTOLLERS – Put together the usual prefix for ‘former’ or ‘no longer’ and a word for people responsible for ringing bells, especially to mark a death, and you get a term for people delivering praises.

19d         Language of particular group in a Spanish bar (7)
CANTINA – Put together the argot or jargon used by a closed group, usually seen in conjunction with ‘thieves’, then add IN and A from the clue. I started by thinking of ‘Catalan’: anyone else?

20d         Wave from demolition worker (7)
BREAKER – Double definition, the first being a wave approaching the shore.

23d         You and I will get record and express emotion (4)
WEEP – The pronoun for ‘you and I’ followed by an acronym for the sort of vinyl record which came between a single and an LP.