Good morning from South Staffs. A bright start to this early autumn day.

As usual with Giovanni, there is an element of General Knowledge in the clues today, but the wordplay should enable these to be worked out.


6a           Old boy may be given it — but not while still alive! (4)
OBIT – An all-in-one clue. The abbreviation for an old boy of a school followed by IT (from the clue), giving us something that may be written about a person who has died.

14a         Go right back around rocks to find amphibian (4,4)
TREE FROG – Put together GO (from the clue) and an abbreviation for ‘right’, reverse the result, and insert a rocky barrier at sea. 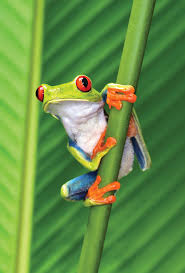 15a         Part of county in south-east — it’s not this around north-east! (6)
THANET – The opposite of ‘this’ wrapped around the abbreviation for North-East, producing an area in Kent which includes Margate and Ramsgate.

17a         Skin preparation? Simpleton absorbs it the wrong way (6)
LOTION – Reverse IT (from the clue) and insert the result into a word for a simpleton.

19a         Personal appeal of woman who does and is attached to mum (8)
CHARISMA – Put together a ‘woman who does’ like Mrs Mopp, IS (from the clue) and another word for mum.

21a         They may need to get the political landscape mapped out afresh (13)
CARTOGRAPHERS – Cryptic definition of people who draw maps, whether political or physical.

24a         A new Conservative in very bad breakaway movement (9)
SEVERANCE – Put together A (from the clue), New and Conservative and insert the result into ‘very bad’.

26a         Mark‘s violent movement (4)
DASH – Double definition, the first being a punctuation mark which features in all these hints.

27a         Physicist of principle begins here to be disturbed (10)
HEISENBERG – Anagram (to be disturbed) of BEGINS HERE, giving us a physicist whose Principle was one of Uncertainty. 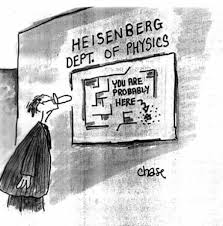 1d           Star taken round hospital, being hurt (4)
ACHE – A sporting star performer wrapped around the abbreviation for Hospital.

2d           Pig out getting this food? (7)
TRUFFLE – Cryptic definition of an edible fungus often unearthed with the aid of a pig. 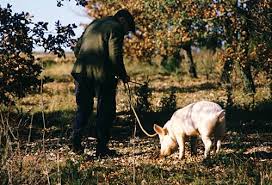 4d           Rough sound with one drunk turning up for Mexican food (8)
BURRITOS – Put together a rough edge to a voice, the Roman numeral for one, and the reverse of a word for a drunkard. 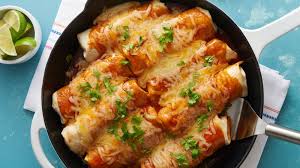 11d         Hit by hostile elements (7-6)
WEATHER-BEATEN – Cryptic definition of someone or something which has been exposed to natural forces.

16d         Store’s top jumpers? They may be looking for them (8)
SHOPPERS – The first letter (top) of Store’s followed by some people jumping (on one leg, perhaps), giving us some people who may indeed be looking for jumpers in a store.

20d         Little girl has point to make about a particular pope (7)
SISTINE – A shortened form of the word for a female sibling followed by one of the points on a fork. The result is an adjective describing the acts of a particular pope, one of whom of that name had a world-famous chapel in the Vatican named for him. 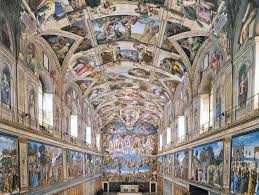 23d         Request around start of recital for a particular composer (4)
BERG – Another word for ‘request’ or ‘ask’ wrapped around the first letter of Recital.