Good morning from South Staffs, with a sunny start to the Bank Holiday weekend. My thanks to Senf for filling in for me last week.

There didn’t seem to be anything particularly difficult in today’s Giovanni, and I went through it in something approaching record time for me. It will be interesting to see what others think.

10a         Gloomy sailor going to doctor (4)
DRAB – The abbreviated title of a doctor followed by one of the usual crossword sailors.

11a         Story from the past about small fuss involving Conservative (12)
REMINISCENCE – Put together the Latin word for ‘about’ or ‘concerning’, a prefix indicating smallness, and another word for a fuss or tantrum wrapped around an abbreviation for Conservative.

13a         Protected with weapons, having to guard old biblical city (8)
ARMOURED – Old and a Chaldean city frequently found in crosswords, wrapped in ‘with weapons’.

15a         Abandon hot place noted for its rats (6)
DESERT – Double definition, the first a verb, the second a noun, with reference to the North African campaign during World War 2.

16a         Distinguished man has house in which to entertain Her Majesty (4)
HERO – An abbreviation for house wrapped around the regnal cipher of the Queen.

18a         What makes man worry regularly, being amiss (4)
AWRY – Alternate letters (regularly) from two words in the clue.

20a         Polish match official in trouble ultimately (6)
REFINE – Put together an abbreviation for the official in charge of a football match, IN (from the clue), and the last letter (ultimately) of troublE.

21a         Demeanour of a bishop, one enthralled by experimental composer (8)
CARRIAGE – Put together A (from the clue), the abbreviated title given to a bishop, and the Roman numeral for one. Wrap the result in the surname of an American composer known for 4’ 33”.

27a         Feature of climate has artist getting home before autumn (8)
RAINFALL – Put together the usual crossword artist, a two-letter word for ‘at home’, and what our American cousins call autumn. 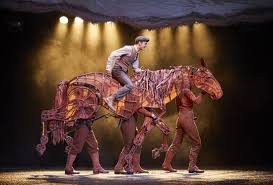 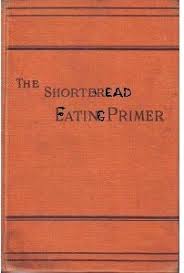 8d           Daughter, see, saving a bit of money in proper fashion (8)
DECENTLY – An abbreviation for Daughter and a see or diocese in East Anglia which makes regular appearances in crosswords, wrapped around a piece of American small change.

12d         Fleet Street area friend keeping still or showing great delight? (12)
ECSTATICALLY – The postal district of London in which Fleet Street is to be found and a political friend, placed either side of a word for still or immobile. 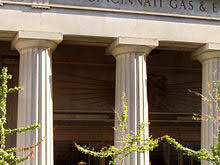 16d         Difficult conflict ending with unreliable equipment (8)
HARDWARE – Put together another word for ‘difficult’, a military conflict, and the last letter (ending) of unreliablE.

17d         Writer‘s lowest point, upsetting after famous novel (8)
SHERIDAN – A novel by Rider Haggard, followed by the reverse (upsetting) of a word for ‘lowest point’, the opposite of ‘zenith’, giving us the inventor of Mrs Malaprop.

22d         Church musician, one who shouldn’t be playing? (6)
RINGER – Double definition, the first being someone found in the belfry.