Good morning from South Staffs on a sunny but fresher morning.

It took me a little while to get going on this week’s puzzle from Giovanni, and 10a was a new word to me. But, as usual, once the puzzle had been solved, it was difficult to see what had caused the hold-up – though I thought that the definition in 23a was a bit of a stretch.

10a         Shrub man with special pole found by railway (8)
BARBERRY – A man whose place of business is denoted by a red and white striped pole, followed by an abbreviation for ‘railway’. 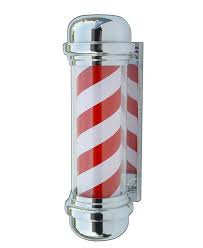 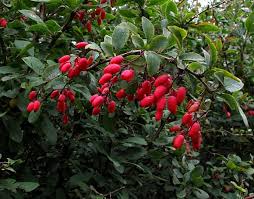 14a         Anglicans might get upset? No need for one prolonged row! (8,5)
SLANGING MATCH – Anagram (upset) of ANGLICANS M(i)GHT, with one of the Roman numerals for one removed. 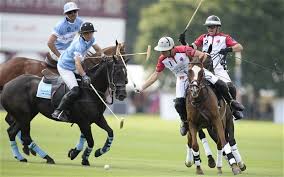 19a         Big flow of water about needing a sailor to do something (8)
CATARACT – Put together the Latin abbreviation for ‘about’ or ‘approximately’, one of the usual crossword sailors, and a verb meaning ‘do something’.

20a         Hesitation about meat presented in show (6)
REVEAL – The reverse (about) of a word expressing hesitation, followed by a type of meat.

23a         Left-looking journalist with nastiness for all (7)
DESPITE – Reverse (left-looking) the usual crossword journalist, add some petty nastiness, and you get a word meaning ‘for all (that)’ or ‘notwithstanding’.

1d           Any number in depression squealed (4)
SANG – The algebraic expression for ‘any number’ inserted into a word for a depression more often seen as a verb.

3d           Shown mercy, revolutionary soldiers rushed outside (6)
SPARED – Reverse (revolutionary) the initials of a regiment of gunners, then wrap a word for ‘rushed’ around the result.

4d           One sees weather coming? Take care moving into wild forest (10)
FORECASTER – Anagram (moving) of CARE with an anagram (wild) of FOREST wrapped around it. 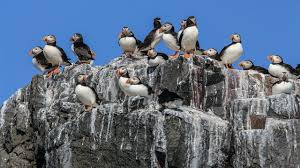 8d           Knight wearing gaudy decoration (7)
GARNISH – The chess notation for a knight inserted into another word for ‘gaudy’.

12d         Head of enterprise talked about workplace being expanded (10)
ELABORATED – The first letter (head) of Enterprise and a word for ‘talked (in public)’, placed either side of the short form of a scientist’s workplace.

15d         Suspicion of haze, result of dampness (8)
MISTRUST – Another word for ‘haze’ followed by what happens to iron when it gets damp.

17d         It’s miserable, suffering from a disease in childhood? (6)
MEASLY – Something which is miserable or inadequate, which could also describe the state of a child suffering from what used to be a common ailment.

21d         Hide in depression, reportedly (4)
VEIL – This sounds like (reportedly) a sort of depression in the landscape.