Good morning from South Staffs on a warm but overcast morning.

I found today’s puzzle from Giovanni more difficult than some of his recent ones, comfortably into *** territory for me. There were the usual unfamiliar terms to be teased out from the wordplay, and a novel clue construction in 6a. 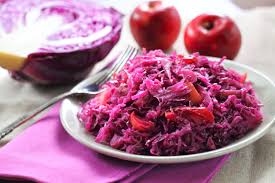 10a         Record animal sound around back of barn (4)
MONO – A typical farmyard noise wrapped around the last letter of barN. I would think of the answer as being a recording technique rather than a record, but Chambers does not agree with me.

15a         Entertained by one loveless leftie, a dry person gossiped (8)
NATTERED – Put together (o)NE (from the clue) without its O (loveless) and an adjective used to describe left-wing politics, then insert A (from the clue) and the two-letter abbreviation for total abstinence from alcohol.

16a         It’s doubly right to remain outside — when the night is this? (6)
STARRY – Another word for ‘remain’ wrapped around two examples (doubly) of the abbreviation for Right.

20a         Fixed supports creating difficulties (8)
SETBACKS – An adjective meaning ‘fixed’ followed by a verb for ‘supports’.

23a         Joining former scoundrels, this person has to be going off-topic (9)
EXCURSIVE – Put together a prefix meaning ‘former’, some scoundrels or dirty dogs, and another way of saying ‘this person has’.

27a         Drink to spoil material when getting absorbed (10)
MARASCHINO – To get this cherry liqueur, start with a word meaning ‘spoil’ and a type of twilled cotton material often used to make trousers, and place them either side of a two-letter word for ‘when’. 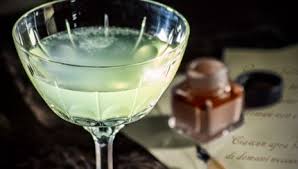 28a         In America pack a platform (4)
DECK – Double definition, the first being what the Americans call a pack of cards.


29a         Affectionate communication, nothing to be presented to landlord? (4,6)
LOVE LETTER – The tennis term for a zero score followed by a landlord or hirer-out of property.

1d           Journey I had guarded by soldiers (4)
RIDE – The contracted form of ‘I had’ with the initials of a regiment of engineers wrapped around it.

2d           Party rave during which maiden is sleeping (7)
DORMANT – The usual crossword party followed by another word for ‘rave’ wrapped around the cricket abbreviation for a maiden over.

4d           Irritating person first to board ship (8)
BLIGHTER – The first letter of Board followed by what Chambers defines as ‘a large open boat used to unload ships’, rather than a ship itself.

5d           Groups providing information over time (6)
GENERA – an informal word for information followed by a period of time.

7d           Someone in vessel has netted fifty fish (7)
BLOATER – Someone using a vessel, particularly on a canal, with the Roman numeral for fifty inserted, producing a type of smoked fish. 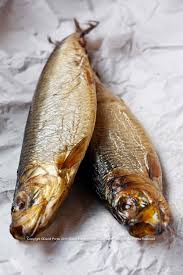 14d         Available to anyone coming along being outgoing? (10)
UNRESERVED – Double definition, the first being a type of seat on a train or in a concert hall.

17d         Someone at conference given instruction to remove all attendees? (8)
DELEGATE – The first part of the answer is a Latin word for ‘destroy’ or ‘remove’ used as an instruction in proofreading to remove a piece of text. The second part is a collective noun for all those paying to attend an event.

19d         The Parisian, a figure in mathematics, is saying few words (7)
LACONIC – One of the forms of the definite article in French followed by an adjective relating to a geometric solid.

21d         Criminal trick has six coming to court (7)
CONVICT – Put together another word for ‘trick’ or ‘cheat’, the Roman numeral for six, and an abbreviation for ‘court’.

22d         Female very aggressive and very old holding one charitable event (6)
VIRAGO – Put together the Roman numeral for one and the sort of charitable event held by students (do these still happen?), then the abbreviations for Very and Old are placed either side.