Good morning from South Staffs, where we have a misty start to the day.

I shall start with a moan about the incompetence of those who ‘maintain’ the Telegraph Puzzles site. The 2Kiwis reported earlier this week their discovery that the latest round of maintenance had left the site clock operating on GMT rather than BST, so it was a further hour before that could get to the puzzle. Well, I logged on at midnight as usual and found that the front page of the site was showing today’s puzzles. Good, I thought, they’ve fixed it. So I solved the Cryptic, then went to the ‘Print’ button, to generate the copy of the clues to paste into this blog, only to receive a message saying that ‘This puzzle has not yet been published’! I also discovered that the ‘Play Puzzles’ tab of the site was still showing Thursday’s puzzles. Any hope of making a start on writing the hints thereupon vanished, leaving no option except to retire to bed and get up earlier this morning. I’m not a morning person, and the resulting grumpiness may be apparent in this blog.

Anyway, turning to today’s Giovanni, we have the usual bits of classical mythology and General Knowledge to cope with, but nothing that can’t be teased out from the clues. Thanks to our Friday setter for an enjoyable but not too testing workout.

1a           More than one girl gathered round old piano dances (6)
GALOPS – The plural of an informal or dialect word for ‘girl’ wrapped around Old and Piano.

4a           Passage that accommodates retreating soldiers (6)
THROAT – Reverse (retreating) the usual abbreviation for soldiers who are not officers and insert the result into THAT (from the clue).

8a           Seafood that could make you collapse (8)
ESCALLOP – Anagram (could make you) of COLLAPSE, giving us an alternative spelling of some seafood. 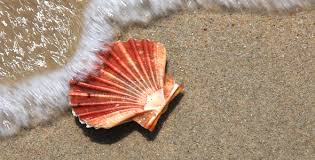 10a         Watery holiday area planned round a particular idea (6)
THEMED – If you split the answer (3,3) you get a popular holiday seaside area – where Jean-Luc lives, perhaps.

13a         Insignificance of man with no picture being shot (12)
UNIMPORTANCE – Anagram (being shot) of MAN and NO PICTURE.

16a         You must be Eve! (6,6)
SECOND PERSON – Double definition: the grammatical case to which ‘you’ applies; or where Eve appears in the human race, according to the Bible story of Creation.

20a         Adult getting cross with member of family around? Chilling out needed (10)
RELAXATION – A member of one’s family wrapped around Adult and a cross-shaped letter.

22a         Notes in small-sized manuscript (6)
MINIMS – These are musical notes. A common prefix indicating small size, followed by the abbreviation for ManuScript. 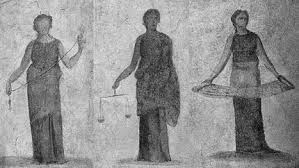 24a         Silver hair ultimately concealed by a chap (6)
ARGENT – The heraldic term for ‘silver’ (or ‘white’) is made up of A (from the clue) and ‘chap’ placed either side of the last letter (ultimately) of haiR.

1d           Source of energy is sun, acquired in short supply outside (8)
GASOLINE – Remove the last letter (in short supply) from ‘acquired’ or ‘increased’, and wrap the result around the Latin word for the sun, to get a source of energy familiar to our Transatlantic cousins. Note to those who complain about ‘nasty Americanisms’: English is a language which is constantly evolving (the mark of a live language), and its vocabulary contains many words from many different languages and dialects. All are fair game for the crossword setter, provided that they are clued fairly.

2d           Find out about knight following king (5)
LEARN – A Shakespearean king followed by the chess notation for a knight.

3d           Chum has hesitation, wanting little time in Italian city (7)
PALERMO – Put together a chum or friend, a word showing hesitation, and an informal word for a brief period of time, to get the capital of Sicily.

7d           Organised crime of those people undermined by old boy (3,3)
THE MOB – A pronoun for ‘those people’ followed by the usual abbreviation for an old boy of a school.

14d         After muddle is getting on sending texts? (9)
MESSAGING – Another word for a muddle followed by ‘getting on’ or ‘getting older’.


18d         Frightened old man cut off, beginning to yell (7)
PANICKY – Put together a two-letter informal word for ‘the old man’, ‘cut off’ (more often seen in a slang term for ‘cut off from its rightful owner’), and the first letter (beginning) of Yell.