Good morning from South Staffs on yet another filthy wet day.

This puzzle took me a little longer than usual, principally because there are some clues which appear to me to be inaccurate – which is most unlike our usual Friday setter. The overall style still feels to me like a Giovanni, but I do wonder whether this was indeed by him. (The error at 20d has been fixed in the puzzles site version).

6a           Son and daughter outside house wearing trainers, say? (4)
SHOD – The abbreviations for Son and Daughter placed either side of an abbreviation for HOuse.

10a         What is said to be sort of average appearance (4)
MIEN – another word for ‘appearance’ or ‘bearing’ which sounds like one of the types of average (not the median or the mode, another one).

12a         Bad treatment is accepted by one providing inspiration (6)
MISUSE – One of the nine Greek goddesses who inspired artistic endeavour wrapped around IS (from the clue).

18a         People close to the monarch — a couple of PMs? (12)
CHAMBERLAINS – Double definition: some senior royal servants; or a plural of the UK Prime Minister before Churchill.

21a         Carp after agent is seen as disgrace (8)
REPROACH – A short form of a commercial agent or traveller, followed by a fresh water fish which is a member of the carp family.

22a         Sympathetic article penned by cardinal once (6)
HUMANE – The surname of a former cardinal archbishop of Westminster (died 1999) wrapped around one of the forms of the indefinite article.

24a         Greeting or shower of abuse? (4)
HAIL – Double definition, the second being a metaphorical use of a shower of ice crystals.

25a         Messenger facing difficult situation — will letters arrive here? (10)
PIGEONHOLE – A bird used as a messenger followed by a difficult position (as in ‘I’m in a —-‘), giving a place where mail may be found in an office or college common room. 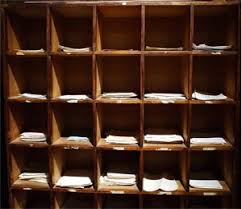 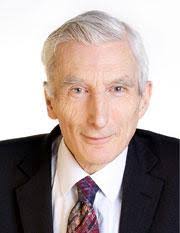 1d           Volunteers taking care of mother in US city (6)
TACOMA – Put together the initials of the former volunteer reserve force of the UK, an abbreviation for ‘care of’, and a short word for ‘mother’, and you get a US city near Seattle, best known elsewhere for having had a bridge which blew down in spectacular fashion in 1940


2d           Recruit with English name is grabbed by army officer (6)
ENLIST – Put together English, Name, and an abbreviation for a military rank wrapped around IS (from the clue).

5d           Not an all-round bargain? (6,4)
SQUARE DEAL – Cryptic definition – a fair trade which is not ‘all-round’ because the adjective used definitely has four corners!

7d           Raise an even number, protected as chicks? (8)
HEIGHTEN – An even single-digit number protected, as chicks are, by having the chicks’ mother wrapped around it.

8d           Andrew spinning something a bit foggy as a sort of philosopher (8)
DYNAMIST – This seems to be an anagram (spinning) of a short form of ‘Andrew’, followed by a light fog. The trouble with that is that it looks to me suspiciously like an indirect anagram, which is generally frowned upon. If ‘spinning’ indicated a straightforward reversal of the short form, it would probably be OK, but that would give YDNA as the first part of the answer.

11d         Something to get a science student fired up? (6,6)
BUNSEN BURNER – Cryptic definition of the usual source of heat used in a science lab.

14d         Criticism means upset editor must get a grip (10)
DETRACTION – Reverse (upset) the abbreviation for EDitor, then add the sort of grip required to pull a trailer. 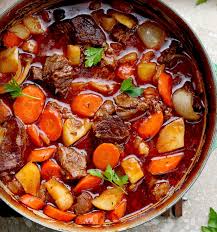 20d        Paper (and early online) version:  Goddess beginning to cavort before American (6)
CEREUS – Put together the first letter of Cavort, a poetic word for ‘before’ and an abbreviation for ‘American’. This is intended to give us the name of a Roman goddess, the equivalent of the Greek Demeter, but what we actually get is a type of cactus. 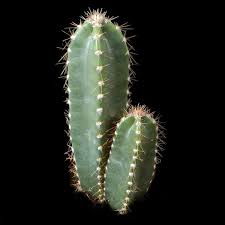 23d         Little woman often seen following Eliza (4)
BETH – One of the protagonists in Louisa May Alcott’s novel, the second half of a name of which ‘Eliza’ might be the first.