Good morning from South Staffs where the day has started with sunshine and clouds.

I stared at the NW corner of today’s Giovanni for a while before getting a foothold elsewhere in the grid, after which it came together nicely.

1a           Character in front of the bars at the Albert Hall in summer? (6,4)
TREBLE CLEF – Cryptic definition of one of the musical symbols found at the beginning of every line of sheet music, indicating the pitch of the notes written in the bars which follow. 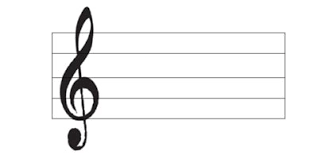 11a         Winter sports feature has a Parisian faced with terrible risk (3,3)
SKI RUN – Anagram (terrible) of RISK followed by a French indefinite article.

12a         Swimmer making money one paper’s written about inside (7)
CATFISH – Put together the Roman numeral for one and the initials of a pink newspaper, reverse the result and insert it into a generic term for notes and coins. 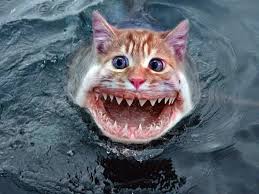 19a         Thrive, making pounds in time of prosperity (5)
BLOOM – A period of economic expansion wrapped around the symbol for pounds sterling.

21a         Peculiar scoundrel with admissions of debt (7)
CURIOUS – A scoundrel or dog followed by some notes admitting the existence of a debt.

22a         Where to eat from tin with adolescent (7)
CANTEEN – Another word for a tin followed by an informal word indicating the age of an adolescent.

24a         Green I spotted between river and lake — spring back (6)
RECOIL – Put together a word for ‘green’ (in the political or philosophical sense) and I (from the clue), then put an abbreviation for River at one end and an abbreviation for Lake at the other.

27a         Upset male model after party (10)
DISCOMPOSE – Put together a party involving recorded music, Male, and a verb for what a model does.

3d           Grumble about the Left taking independent standpoint (6)
BELIEF – A word for a grumble or complaint wrapped around Left and Independent. 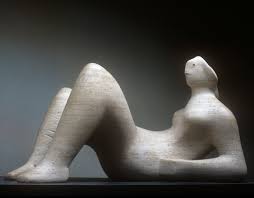 8d           Quiet female leading old chaps on — remarkable thing (10)
PHENOMENON – Put together the musical symbol for quiet, a female bird, Old, some chaps, and ON (from the clue).

12d         County with no barrier round — no real sign of alien invasion! (4,6)
CORN CIRCLE – A county in the far South-West of England, minus the barrier which forms part of its name, followed by a noun or verb for ‘round’. 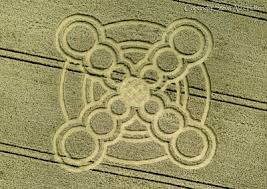 13d         Capture sound of excited actor and daughter hugging French relation (4-6)
TAPE-RECORD – An anagram (excited) of ACTOR and Daughter, wrapped around the French word for one of your close relatives.

14d         Everyone to be accommodated in empty houses or rooms (5)
HALLS – The first and last letters (empty) of HousE wrapped around ‘everyone’.

15d         Wine and fish Eastern maiden served up (5)
MEDOC – Put together a fish often served with chips, Eastern, and the cricket abbreviation for a maiden over, then reverse the lot to get one of the wine-growing areas near Bordeaux.

19d         Oxford college attendant gives edict: Do good (7)
BULLDOG – Put together a Papal edict, DO (from the clue) and Good, to get one of a college proctor’s attendants at Oxford, responsible for student discipline.

20d         Something on the floor, security device in town (7)
MATLOCK – Put together a floor covering and something to keep the door fastened, and you get a town in Derbyshire. 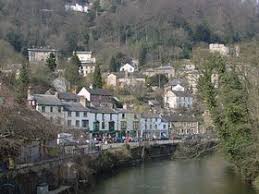 23d         Stand-in worker joins the French place of worship (6)
TEMPLE – An abbreviation for a temporary worker followed by a French definite article.

25d         Excellent group of caring Christians set up in lots of countries (4)
ASIA – Put together a representation of an alphanumeric expression indicating ‘excellent’ or ‘first class’, and the initials of a Christian charitable organisation noted for its brass bands as well as its work with the homeless. Then reverse the lot and you get a geographical location which contains many countries.