Hello, everyone.  Today we have an enjoyable puzzle that feels a little different from our usual Tuesday fare.  It uses an uncommon grid, there are no word sums with more than two parts (so no concatenating today), it features only one usual suspect, and there are several clues where I went back and forth on what to underline.    There's also some outstanding wordplay that bumped up my enjoyment rating. 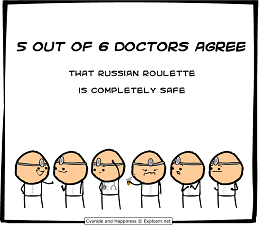 8a    Many miles off old Portuguese city (4)
FARO:  Distant or many miles off, and the abbreviation for old

10a   Pasta -- much unfinished after ending in bin (6)
NOODLE:  The last letter of (ending in) biN, followed by an informal word for much with its last letter deleted (unfinished) 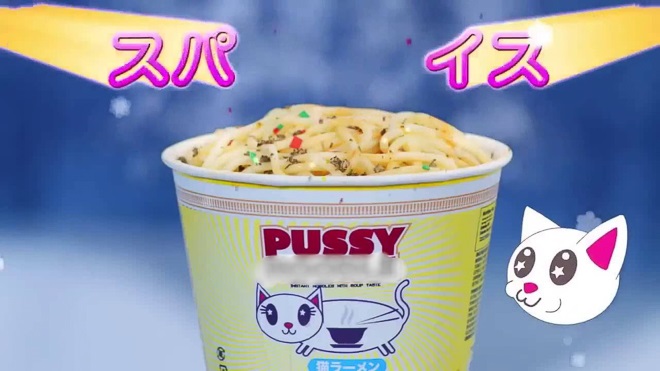 11a   College official keeps me humble (6)
DEMEAN:  A university administrator contains (keeps) ME from the clue.  Humble here is a verb

12a   Devil-worshipper transforms as saint beginning to tremble (8)
SATANIST:  An anagram (transforms) of AS SAINT followed by the first letter of (beginning to) Tremble

13a   A national lottery you can only lose once! (7,8)
RUSSIAN ROULETTE:  A cryptic definition of a gamble where losing can be final.  The first two words of the clue indicate that the answer begins with a nationality 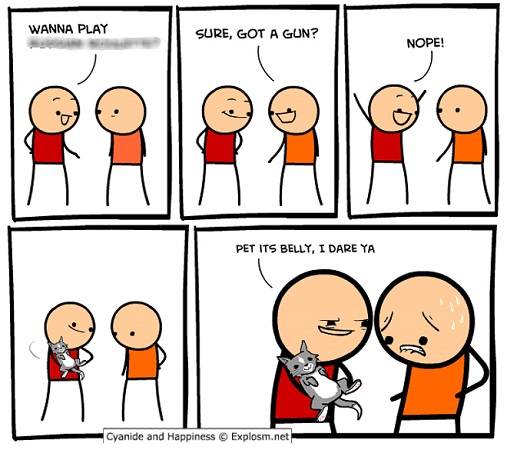 17a   Sport  that's restrictive? (7)
FENCING:  A double definition.  A sport using swords and something that restricts access

20a   Surprisingly notable status in lieutenant ranked highly, though defeated? (4,3,3,5)
LAST BUT NOT LEAST:  An anagram (surprisingly) of NOTABLE STATUS is placed in the abbreviation for lieutenant

23a   A pass between wingers in league game (8)
LACROSSE:  A from the clue and a type of pass in football are both placed between the outer letters of (wingers in) LeaguE

25a   Grey lair behind meadow (6)
LEADEN:  An animal lair comes after (behind) a meadow or open land 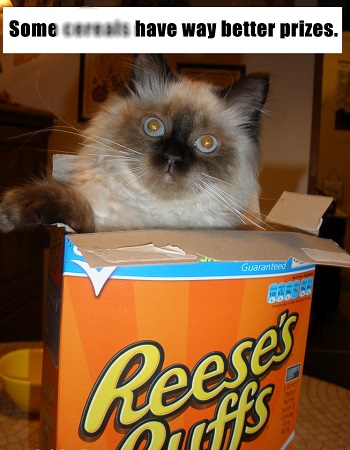 27a   Son is relative (3)
SIS:  The abbreviation for son and IS from the clue

1d    Something latched onto gold cake (6)
GATEAU:  Put together an entrance that's often closed with a latch and the chemical symbol for gold 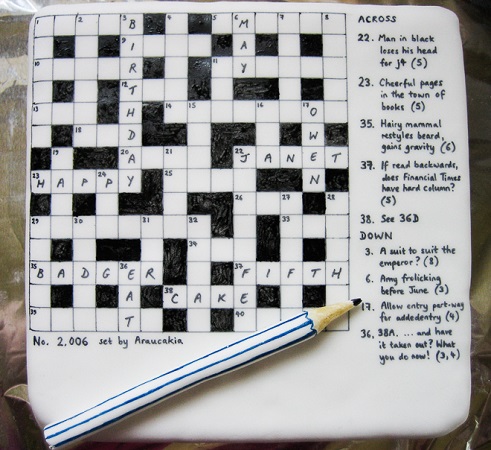 2d    Destruction of conifers, legal (8)
FORENSIC:  An anagram (destruction of) of CONIFERS

4d    Arabian, possibly, consuming small pudding (7)
DESSERT:  The sandy thing of which Arabian is an example (…possibly) containing (consuming) an abbreviation for small

5d    Musician showing popular rocking talent is about to play guitar (15)
INSTRUMENTALIST:  The usual word for popular and an anagram (rocking) of TALENT IS sandwiching (about) a way to play a guitar

6d    Nut securing top of uncoiled spring (6)
BOUNCE:  Nut here is an informal term for a body part.  We want another informal name for it containing (securing) the first letter of Uncoiled (top of uncoiled, in a down clue)

7d    Festivals not starting, I'm afraid to say (4)
ALAS:  Some festivals with their first letter deleted (not starting)

14d   Somewhat incompetent, all fingers and thumbs? (3)
TEN:  The answer is hiding as part of (somewhat…) the remainder of the clue

16d   Turkish commander once more dropping in (3)
AGA:  A word for once more, without (dropping) the IN from the clue

19d   Scent popular feeling on the radio? (7)
INCENSE:  Take once more that usual word for popular, and append a homophone (on the radio) of feeling

21d   He painted  a revolver, might you say? (6)
TURNER:  An English painter whose surname could describe something that revolves or rotates 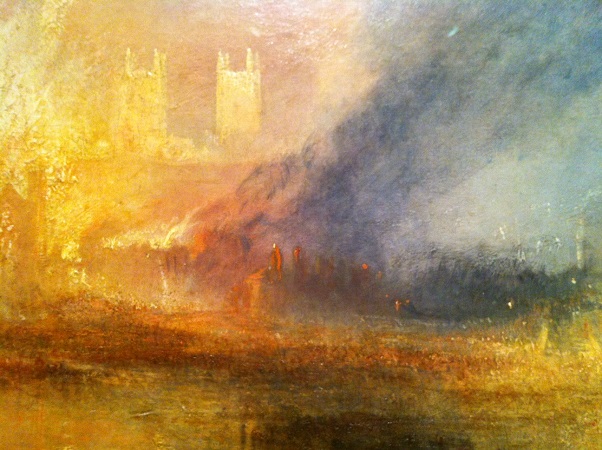 22d   Playground equipment to observe, now and then? (6)
SEESAW:  Put together the present (now) and past (then) tenses of to observe.  Nice misdirection since I've become conditioned to jump on "… now and then" as an instruction to extract alternate letters

24d   Top primate, cross (4)
APEX:  Join a large primate and the letter that represents a cross

Thanks to today’s setter for a most enjoyable solve.  Highlights for me were the cheese rind in 26a, the definition in 18d, and the brilliance of 22d.  How about you?