I was held up by a couple of clues in today’s Giovanni, with 23a the last one to fall, though as usual with our Friday setter, once the answer had emerged it was difficult to see what the problem had been.

1a           One or two in the cricket team? (6)
OPENER – Cryptic definition of the term applied to cricketers found at numbers one and two in the batting order.

5a           Birds going around quarry where flying must be controlled (8)
COCKPITS – Some male birds wrapped around the sort of hole in the ground of which ‘quarry’ is an example.

10a         Instrument fellow going to party left at home (8)
MANDOLIN – Put together a fellow or chap, the usual crossword party, Left, and ‘at home’.


11a         Particular ending comes after editor’s made reversal (6)
DETAIL – Reverse the abbreviation for ‘editor’, then add the back end of an animal or a queue. 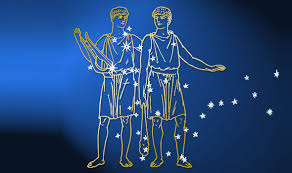 14a         Spooner’s to identify tragic female indicating lack of spirit (8)
TAMENESS – Split (4,4), we have a word meaning ‘identify’ and the eponymous heroine of a Thomas Hardy novel, with the initial letters swapped over in the manner attributed to the Reverend Spooner.

23a         Tried again after faulty start, being shy (8)
RESERVED – A word for ‘shy’ or ‘retiring’ which can also be what the tennis player did after starting with a fault.

25a         Dinosaurs creating difficulty for top careerists (13)
TRICERATOPSES – Anagram (creating difficulty) of TOP CAREERISTS. The BRB defines the answer as ‘an ornithischian, quadrupedal, herbivorous dinosaur of the Cretaceous period…(The picture below is apparently taken from ‘Jurassic Park’, hence the anachronism visible.) 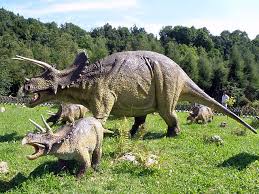 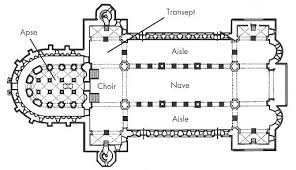 2d           Calm down situation after invasion of revolutionary army (7)
PLACATE – Reverse (revolutionary) the initials of the organisation which is now the Army Reserve, and insert the result into a situation or location.

4d           Bishop in wobble with hero in defiance (9)
REBELLION – Insert the chess notation for a Bishop into a word for ‘wobble’ or ‘stagger’, then add a fierce animal or hero.

5d           Repeatedly take care of teachers’ organisation, one taking a hit? (7)
COCONUT – Two examples (repeatedly) of the abbreviation for ‘care of’, followed by the initials of the largest teachers’ union. The answer could be set up at a fairground to have things thrown at it.

8d           Heavy drinker in street turning up to see films (7)
TALKIES – Reverse (turning up) an abbreviation for ‘street’ and wrap the result around an informal term for someone addicted to strong drink.

13d         Aim to be under shelter, the first thing after upset (9)
INTENTION – An expression (2,4) describing someone under a canvas shelter, followed by the reversal (after upset) of what could be a description (2,1) of the first thing in a list.

15d         Learners caught in fine rain with one load hard to bear (9)
MILLSTONE – Some fine rain wrapped around two examples of the abbreviation for Learner, followed by ONE (from the clue).

17d         Senior citizen courageous, but no leader, endlessly severe (7)
OLDSTER – Remove the first letter (no leader) from a word for ‘courageous’, then add a word for ‘severe’ with its last letter removed (endlessly).

18d         Employee in group outside front of restaurant with vehicle (7)
SERVANT – Put together the first letter (front) of Restaurant and a small commercial vehicle, then insert the result into a group or clique. 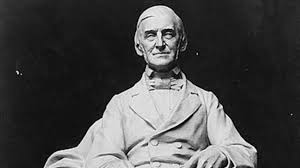 22d         Woman starts to decorate expensive material (5)
SUEDE – A three-letter short form of a woman’s name (one well-known to readers of this blog) followed by the first letters (starts) of Decorate and Expensive.


24d         Feature of stairs concerning gentleman ascending (5)
RISER – Put together the Latin word for ‘about’ or ‘concerning’ and the mode of address for a gentleman, then reverse (ascending) the result.