Nothing too 14a from Giovanni this morning, with only a couple of clues which needed to be teased out, and not very much General Knowledge.


10a         One bit of veg, nothing beside? Hardly this then! (5)
BEANO – A single leguminous vegetable followed by the letter which looks like a zero. This is a sort of all-in-one clue, where the definition is contrasted with the rather meagre meal suggested by the wordplay.

11a         Haiti open possibly for native far from there (9)
ETHIOPIAN – Anagram (possibly) of HAITI OPEN, giving us someone who lives a long way from Haiti.

12a         Bill provided in island clothes shop is not accurate (7)
INEXACT – Island followed by a UK clothing chain wrapped around the abbreviation for a bill or account.

14a         Radical doctor heading off cold — something fizzy to be swallowed (7)
DRASTIC – An abbreviation for ‘doctor’ and the first letter of Cold, placed either side of a fizzy wine very popular in crosswords. 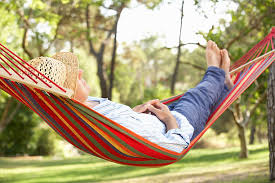 20a         Under strain, nurse is interrupted by awful noise (9)
TENSIONED – Another verb for ‘to nurse’, wrapped around an anagram (awful) of NOISE.

21a         Child unwell — having this? (5)
CHILL – An abbreviation for CHild followed by ‘unwell’, giving us the ailment that may be affecting the said child.

22a         Partner to manage thriftily (7)
HUSBAND – Double definition, the first being a male life partner.

23a         Sailor acquires objects for shooting practice (7)
TARGETS – One of the usual crossword sailors followed by ‘acquires’.

24a         This tremor’s destroyed electronic devices (11)
THERMISTORS – Anagram (destroyed) of THIS TREMOR’S. 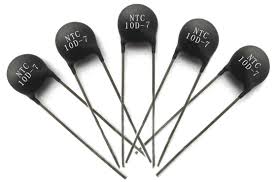 3d           Cider-drinking girl on street looking most embarrassed? (7)
ROSIEST – The name of the girl who features in the title of Laurie Lee’s novel along with cider, followed by the abbreviation for STreet. 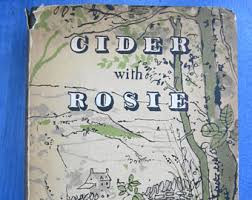 4d           Plot involving devious chat in groups (7)
BATCHED – A plot in the garden wrapped around an anagram (devious) of CHAT.

5d           Momentary crying about politician getting nothing right (9)
TEMPORARY – Put together the usual crossword politician, the letter which looks like a zero, and Right. Insert the result into an adjective which is a synonym of ‘crying’ or ‘upset’.

6d           I’d upset member of the upper class, not half — I’ve put something on record (7)
DIARIST – Reverse (upset) I’D (from the clue), then add the first half of a word for a member of the nobility. The record in the definition is a written one.


9d           Keeps disappearing at the seaside? (11)
SANDCASTLES – Cryptic definition of the keeps or fortresses which children build on the beach, which are washed away by the tide. 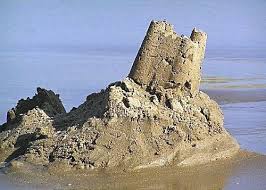 13d         Hate to lessen — love taking minutes to enter (9)
ABOMINATE – Put together the letter which looks like a love score at tennis and an abbreviation for ‘minutes’. Insert the result into a word for ‘lessen’ or ‘reduce in intensity’ (as a storm may, for example).

17d         Relations, good first and last, given honour in country (7)
KINGDOM – Put together another word for ‘relations’ or ‘family’, the first and last letters of GooD, and the initials of an honour, to get a word for a country ruled by a monarch.

18d         She’s beginning to head off to keep appointment and calms down (7)
SEDATES – Start with S(h)E’S (from the clue), remove the first letter of Head, then wrap the result around an appointment with a boyfriend or girlfriend.