Good morning from South Staffs, where the day has started bright but frosty.

A little more ecclesiastical from Giovanni this morning, but nothing to frighten the horses too much.

1a           Vessel in the morning crashing into bridge (6)
SAMPAN – The Latin abbreviation for ‘in the morning’ inserted into another word for bridge. 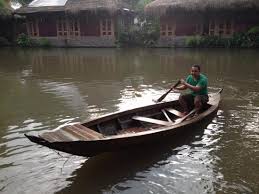 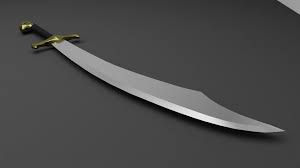 9a           Cross province heading west, protected from the elements somehow? (6)
INDOOR – Start with an old word for the Cross of Christ, followed by the initials of an Irish province, then reverse the lot (heading west).

10a         Wicked type perched and troubled saint (8)
SATANIST – Another word for ‘perched’ followed by an anagram (troubled) of SAINT.

11a         I am maiden protected by being in fruit tree (9)
PERSIMMON – A generic word for a human being wrapped around the contracted form of ‘I am’ and the cricket abbreviation for a maiden over. 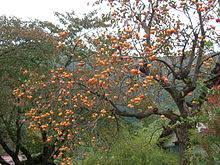 21a         Little living things Georgia found in beer (5)
ALGAE – Another word for beer wrapped around the abbreviation for the US state of Georgia. 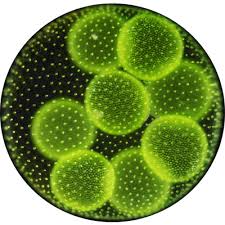 23a         Old contrary female meets copper beside street as usual (9)
CUSTOMARY – Put together the chemical symbol for copper, the abbreviation for street, Old, and the name of the ‘quite contrary’ girl whose garden grew with silver bells and cockleshells, and pretty maids all in a row.

25a         Firm admits an offence — risks may be taken with money here (6)
CASINO – The abbreviation for a company or firm wrapped around an indefinite article and a moral offence.

6d           Person making repair grabs a thread (7)
MEANDER – A (from the clue) inserted into a repairer gives us a verb which can mean to ‘thread one’s way through. 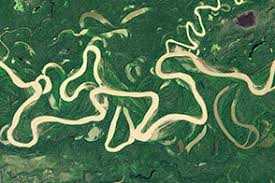 7d           Food providing energy after journey (5)
TRIPE – A journey followed by Energy.  Whether you regard the answer as constituting food is a matter of taste. 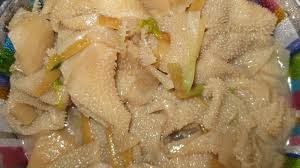 8d           Girl reading having leg pulled? That’s cruel (8)
RUTHLESS – Start with a girl’s name (she has an Old Testament book named for her), then add a church reading minus the alternative term for the leg side in cricket.

16d         The old man going one way and another — torn apart, that’s obvious (8)
APPARENT – The two-letter informal word for ‘the old man’, first reversed, then the right way round, followed by ‘torn apart’.

18d         Most likely to inherit everything? (7)
MEEKEST – Cryptic definition. The people who shall inherit the earth, according to the Sermon on the Mount, but in the superlative form (most likely).

22d         Good number in front of this person in small statue (5)
GNOME – Put together Good, an abbreviation for number, and ‘this person’. 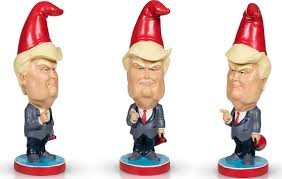 PS: How do you stop bacon curling in the pan? Take its little broom away!