Good morning from South Staffs on a bright, frosty morning.

Nothing Biblical from Giovanni this week, but a few words which gave me some pause during the solving process.

1a           Desires bringing problems for ‘Arry (6)
ITCHES – ‘Arry is of course a crossword Cockney, so drops his aitches. Remove the initial H from some problems or holdups to get the answer.

9a           Futile message offering to give everything away? (3,3,7)
ALL FOR NOTHING – This could be a message put out by someone wanting to give away all he owns.


10a         One of two American brothers, awful whingers (8)
GERSHWIN – Anagram (awful) of WHINGERS, giving us the surname of George or Ira, two musical Americans.

16a         Revolutionary embraced by fools and jerks (8)
TWITCHES – The usual crossword revolutionary, with another word for fools wrapped around him. 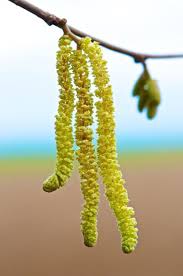 25a         Awkward brute is interrupting office task, a delaying tactic (13)
FILIBUSTERING – A routine office task wrapped around an anagram (awkward) of BRUTE IS.

26a         Troubles after President initially talks foolishly (8)
PRATTLES – The first letter of President followed by ‘troubles’ or ‘disturbs’.

2d           Artist coming to church in attempt to establish window pattern? (7)
TRACERY – Put together the usual crossword artist and the initials of the Church of England, then wrap an attempt around the result.

5d           Their skins pose risks? Crazy! (7)
BANANAS – In cartoons and political jargon, the skins of these fruits pose a threat to the unwary. They are also used as a metaphor for something crazy or ridiculous. 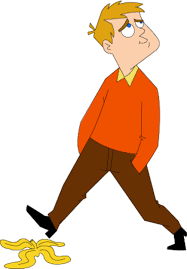 6d           Attractive person quietly leaving knockout match (5)
CUTIE – Remove the musical symbol for ‘quietly’ from a sporting contest (3,3) the winner of which will proceed to the next round while the loser is out of contention.

8d           Member of tribe has point of view not English — Scotsman? (7)
ANGLIAN – Another word for ‘point of view’ with the final English removed, followed by the given name of a typical crossword Scotsman.

17d         Punishment? Explain the thing that caused it (4,3)
WHAT FOR – A euphemism for physical punishment, as in ‘I’ll give you —- —‘. This can also be read as a request to explain why the punishment was awarded.

18d         Employment in wicked activities? Such may give one a headache (7)
SINUSES – Some wicked or wrong acts wrapped around ‘employment’.

22d         Nonconformist and bishop in dance (5)
REBEL – The chess notation for a bishop inserted into a Scottish or Irish dance.

24d         Fabric, not quite enough for small room (5)
TOILE – Another word for the smallest room in the house, with its last letter removed (not quite enough)