Hello, everyone.  We have another fine puzzle today.  It’s sprinkled with general knowledge included in what I think is the best way, namely with the answers being gettable from the wordplay and the post-grid fill research on the unfamiliar ones presenting an opportunity to learn something interesting.  Enjoyment was further increased by battling with some nice examples of misdirection.  I look forward to hearing what you made of it. 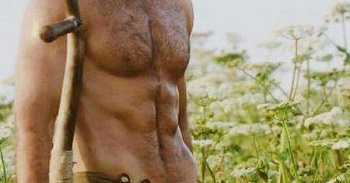 buttons.  In some hints hyperlinks provide additional explanation or background.  Clicking on a picture will enlarge it or reveal a bonus picture.  Please leave a comment telling us how you got on.

1a    Layer pastry in turnover included in amount (7)
STRATUM:  One layer of several is found as the reversal (in turnover) of a pie-like pastry  that is inserted  in (included in) an amount (of money, perhaps).  I got off to a slow start because I initially accepted the setter’s invitation to bung in STRUDEL.  I hope I wasn’t the only one misled like that

5a    A Slav describing British trick cyclist? (7)
ACROBAT:  A from the clue, followed by a Slavic country national containing (describing, as in delineating) an abbreviation for British.  I’m not sure if the surface refers to the usage of trick cyclist as slang for a psychiatrist or to its more literal interpretation, but it’s the latter that we want to describe the answer 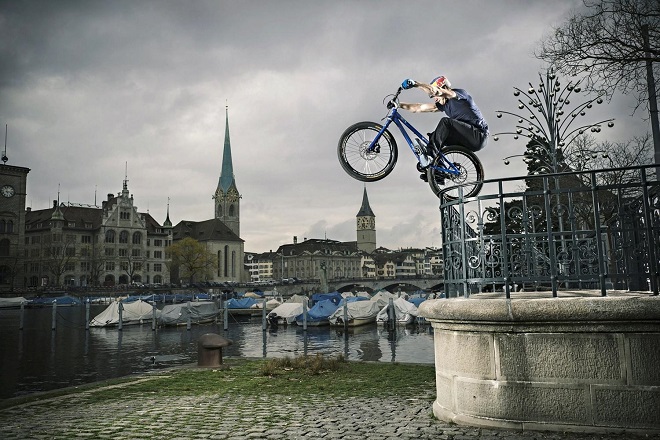 9a    Utterly depressed? True (9)
DOWNRIGHT:  Connect synonyms of depressed or unhappy and of true or correct

10a   An effervescent beer in village restaurant (5)
LAGER:  The answer is hidden in the remainder of the clue

11a   Satirical drawing showing face of Onassis on board container (7)
CARTOON:  The first letter of (face of) Onassis is inserted into (on board) a container typically made of cardboard 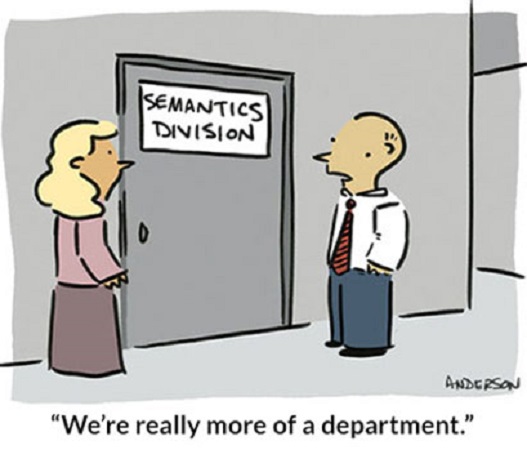 13a   Scoundrel in favour of cutting repayment (9)
REPROBATE:  A word meaning “in favour of” is inserted into (cutting) a partial refund or discount

16a   Drank to excess back in warehouse (5)
DEPOT:  The reversal (back) of an archaic word, still used in crosswordland, for “drank to excess“

17a   Operatic heroine, not quite conventional (5)
NORMA:  Take all but the last letter (not quite) of an adjective meaning conventional.  The answer was gettable from the wordplay, but I needed Mr Google’s help to connect it to an opera

18a   Place that may suit one in Mayfair? (6,3)
SAVILE ROW:  A cryptic definition of a street in London’s Mayfair district famous for bespoke men’s tailoring 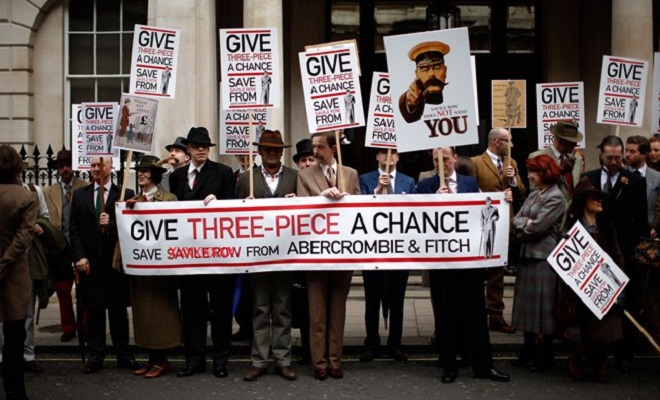 22a   Dodges in game (7)
RACKETS:  A double definition.  Dodges here is a noun.  The game began as an 18th-century pastime in debtors prisons 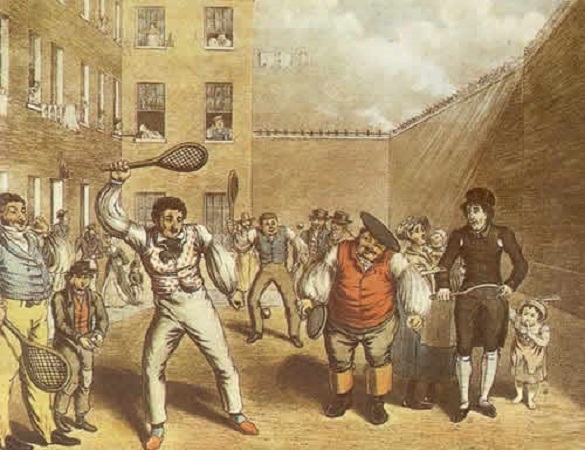 25a   Rule changed to accommodate married primate (5)
LEMUR:  An anagram (changed) of RULE that contains (to accommodate) the abbreviation for married 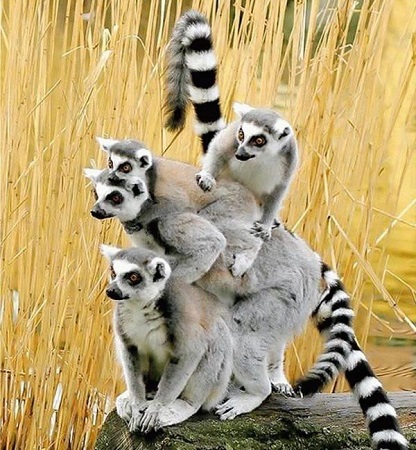 26a   Lively exchange of opinions might make one angry before launch (9)
CROSSFIRE:  One can make the answer by placing a synonym of angry before another word for launch (a missile, perhaps)

27a   Singular desire before appearing live as one working in theatre (7)
SURGEON:  Link together the abbreviation for singular, a desire or impulse, and a short word for “appearing live”. I once again took the setter’s bait and started out thinking of the wrong kind of theatre

28a   Attempt to deceive, positioning moon round far side of Mercury (3,2,2)
TRY IT ON:  Here we want the largest moon of the planet Neptune containing (positioning…. round) the last letter of (far side of) MercurY

2d    Someone involved in boating commotion on East River (5)
ROWER:  A commotion or argument, followed by the abbreviations for East and River.  This week’s cat picture shows that our Tuesday Toughie blogger is also a capable 2d 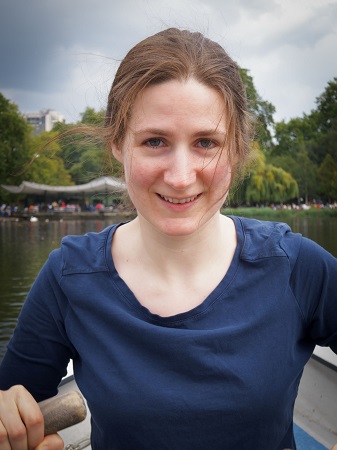 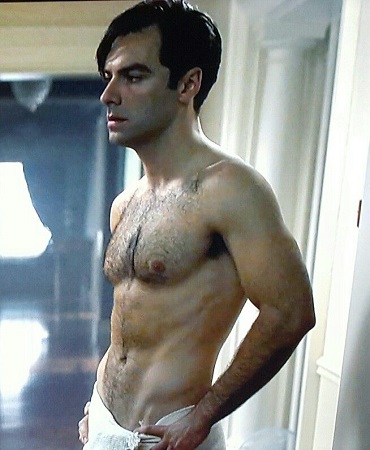 4d    Male representative before a battle (7)
MAGENTA:  Concatenate the abbreviation for male, a representative or intermediary, and A from the clue.  The answer is a specific battle, whose name was later given to a reddish-purple dyestuff discovered around the same time

6d    English method appearing in list as a good example to follow (4,5)
ROLE MODEL:  An abbreviation for English and a method or way of doing something are inserted in (appearing in) a type of list (of those eligible to vote, for example)

7d    Thrilling ride, first in Blackpool — one going on gripped tightly (3,6)
BIG DIPPER:  The first letter in Blackpool and the Roman for one are followed by (going on, in a down clue) an anagram (tightly, as in drunkenly) of GRIPPED. 8d    Anxiety of soldiers caught in wrongful act (7)
TORMENT:  Some generic soldiers are inserted in (caught in) a legal term for a wrongful act

14d   Agent set up one-time entertainer (9)
PERFORMER:  The reversal (set up, in a down clue) of a colloquial word for a sales agent, followed by one-time or previous

17d   Bishop imprisoned by peers — dopes! (7)
NOBBLES:  The chess abbreviation for bishop is contained in (imprisoned by) some peers or aristocrats.  Dopes as in drugs

18d   Medieval warrior from small tribe featured in article (7)
SARACEN:  The abbreviation for small, followed by another word for tribe inserted in (featured in) one of the indefinite grammatical articles

19d   Cover Montana? Not all of that state (7)
VERMONT:  The answer is hiding as part of (… not all of that) the remainder of the clue 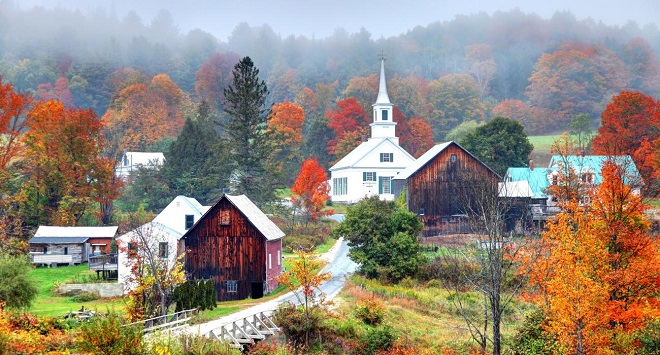 20d   We back Lone Ranger film? (7)
WESTERN:  WE from the clue and the nautical term for back.  The question mark indicates a definition by example

23d   Copper with cast, undemanding (5)
CUSHY:  The chemical symbol for copper and (with) cast or throw

24d   Live way out, across sierra (5)
EXIST:  The way out, containing (across) the letter in the NATO phonetic alphabet corresponding to sierra

Thanks to our setter for a fun solve.  I liked 12a and I smiled at 7d because, as shown in the picture, there really is a 7d in Blackpool.  But I liked 1a even more, and so it gets the honours today.  Which clues thrilled you?