Hello, everyone.  I found today’s puzzle somewhat tricky so I’m setting the difficulty rating at an average 3*.  Definitely above average for enjoyment though, in part because of some clever misdirection in a few places.  There is a sprinkling of general knowledge, but those answers are all gettable from the wordplay.  And once the grid is filled, I’m happy to learn about a poet or a showjumping genre that I didn’t know before.

A big thank you to everyone who filled out my demographics survey last week.  The fascinating results are posted here.  It was a revelation to discover that in a 13 hour period when about 35 readers posted comments on my blog, another 570 silently read and filled out the survey!  The realization that we know little about the solving experiences of the vast majority of serious blog readers has motivated me to create a second short survey requesting data about everybody’s experience with today’s puzzle.  If 600 readers tell us how things went and what difficulty rating they feel is appropriate for today’s crossword we might be able to provide more meaningful ratings and commentary in the future.  Thanks in advance for your participation and feedback.  I’ll summarise the data here next Tuesday. [EDIT 1 November, 2017: The survey is now closed. The results are posted here.]

Click here to open the survey. There are 5 questions. Please click the 'Finish Survey' button at the bottom when you're done.
[collapse] 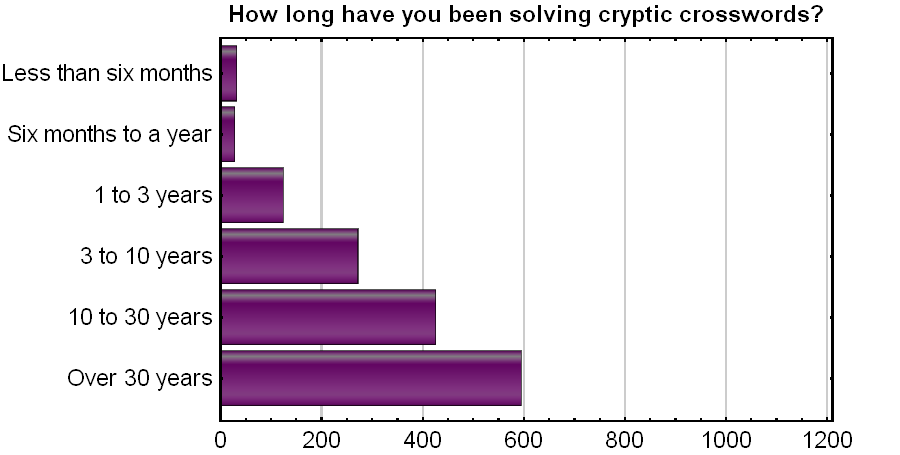 1a    Antoine, developing student at college (7)
ETONIAN:  An anagram (developing) of ANTOINE gives a student at a college that seems to be a favourite of many setters

5a    Takes long steps in street, then trips (7)
STRIDES:  The abbreviation for street and a noun synonym of trips

9a    Rough seas in cup competition with jumps (9)
PUISSANCE:  An anagram (rough) of SEAS IN CUP is a kind of showjumping competition 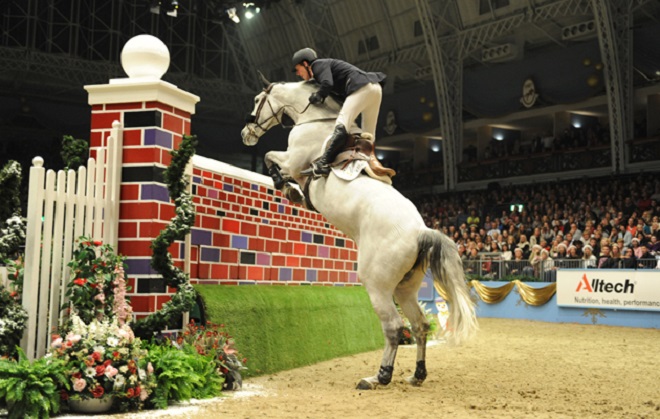 10a   Wife returned, about to fly off the handle (5)
STORM:  Wrap the reversal (returned) of a title that a wife might use about TO from the clue

12a   Discussion involving singular herb (7)
PARSLEY:  A discussion, perhaps with an enemy, containing (involving) the abbreviation for singular

13a   Anagram in bottom row (9)
REARRANGE:  The setter wants you to study the bottom row of the puzzle in search of something anagrammatical, but this clue is actually a charade.  Join synonyms of bottom or posterior and of row (of hills, perhaps). 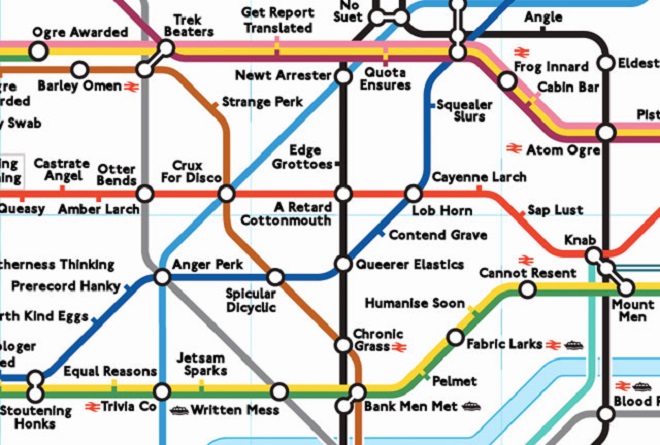 18a   Pure blue appropriate (9)
DOWNRIGHT:  Connect together adjectives meaning blue or sad and appropriate or correct

21a   Fancy better cereal (7)
CAPRICE:  A verb meaning better or outdo, followed by the world’s most widely consumed cereal grain

22a   I suffer, having backed lad’s affair (7)
LIAISON:  To the reversal (having backed) of a (1,3) phrase meaning “I suffer”, append another way of describing a lad

25a   Therefore cover is reliable (5)
SOLID:  Stick together a short synonym of therefore and a cover for a pot

26a   Queen in ruin or holding tax over (4,5)
MARY TUDOR:  We find this 16th century queen as a verb meaning ruin or spoil and the OR from the clue sandwiching (holding) the reversal (… over) of a kind of tax

27a   A loser staggering, out of energy, an unplaced competitor (4-3)
ALSO-RAN:  An anagram (staggering) of A LOSR without its E (out of Energy), followed by AN from the clue

28a   Wonder about Lake poet (7)
MARVELL:  A synonym of wonder containing (about) the abbreviation for lake.  The answer is a 17th century English metaphysical poet

1d    Perhaps Nero‘s representative during Rome uprising (7)
EMPEROR:  An informal contraction of representative is inserted into (during) ROME, and then the whole lot is reversed (uprising, in a down clue)

2d    Widespread disgust shown by platform firing leader (5)
ODIUM:  A platform for a speaker without its first letter (firing leader)

3d    Playwright‘s single book: ‘Every Way But West’ (5)
IBSEN:  Concatenate the letter representing single or one, the abbreviation for book, and the major points of the compass excluding west (every way but west).  This playwright hails from Norway.

4d    Granny eager to find buff-coloured cloth (7)
NANKEEN:  A charade of alternative words for granny and for eager.  Here is more information about the cloth.

6d    Ice, mostly, round edges of inner lake (9)
RESERVOIR:  Glue together all but the last letter (mostly) of ice or aloofness, the round letter, and the outer letters (edges of) of InneR

7d    Idly draw wire in bomb (9)
DOODLEBUG:  “Idly draw” and a wire or surveillance device.  The answer is, among other things, an informal name for a WWII flying bomb 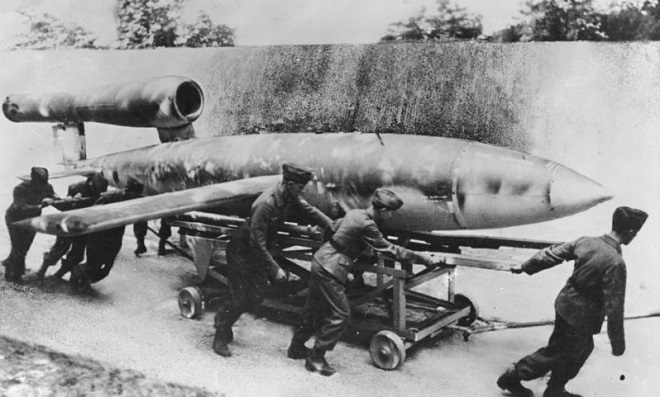 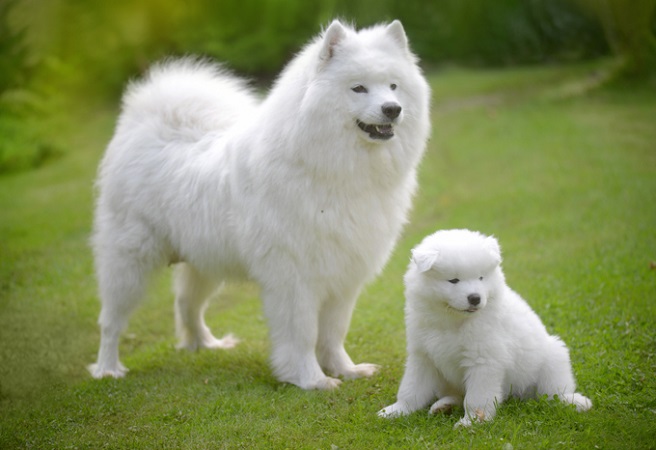 14d   A tower erected to store produce in citadel (9)
ACROPOLIS:  The A from the clue and the reversal (erected, in a down clue) of a tower for holding grain bracket (to store) a synonym of produce

15d   Cue employing a rest (9)
REMAINDER:  A cue or signal to do something containing (employing) A from the clue

17d   Female I found wearing such a plastic flower (7)
FUCHSIA:  The abbreviation for female, followed by I from the clue inside (found wearing) an anagram (plastic) of SUCH A.  It took me three attempts to get the interior letters in the right order 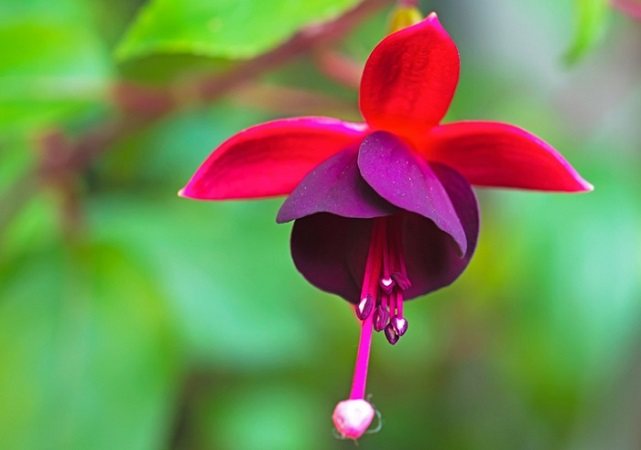 18d   Lecturer bringing in about a million? You wish! (5,2)
DREAM ON:  A lecturer or academic containing (bringing in) a usual word for about or concerning, A from the clue, and the abbreviation for million

19d   Animals (two of them) making heavy metal (7)
WOLFRAM:  Do just what it says in the clue, and join two animals to get another name for the dense metal tungsten.  I’m illustrating the clue with this great 1970 performance by the first heavy metal band.  It may not be for everybody.

23d   One’s job is delivering someone else’s work (5)
ACTOR:  A cryptic definition of one delivering lines on a stage 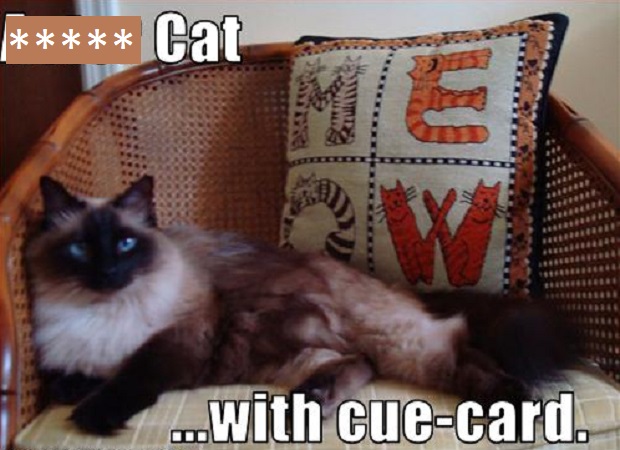 24d   Plant‘s small advantage (5)
SEDGE:  Combine the abbreviation for small and a synonym of advantage or superiority

Thanks to today’s setter for a fun solve.  My favourite clue today is 13a.  What was yours?