The top half of today’s puzzle from Giovanni went in at high speed, then I slowed a little before completing the bottom half, but still finished in ** time.

1a           Volunteers, Europeans, housing five hundred little creatures (8)
TADPOLES – The acronym for the former name of the Army Reserve, and some East Europeans, placed either side of the Roman numeral for five hundred. 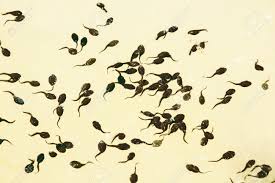 11a         Support not about to be given by individual better than the rest (6,2,4)
SECOND TO NONE – Put together the support given to the proposer of a motion, the reverse (about) of NOT (from the clue), and an individual. 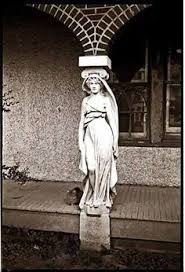 16a         In Home Counties, see type of fruit (4)
SLOE – The abbreviated compass direction of the geographical area where the Home Counties are found, wrapped around ‘See!’ or ‘Behold!’.

Paper version: Risky enterprise — two chaps duped (5)
BROAD – Split this (1,4) and you get the designation of a type of highway. Since it isn’t a major route, it probably isn’t what the unsplit answer is.

The paper version is simply wrong.

23a         System accounting for the enemy in a locality (8,4)
STANDARD TIME – Cryptic definition. The enemy here is the enemy of all humanity, the fourth dimension.

26a         Green enthusiast set about protecting island (4)
NAIF – Reverse (set about) an enthusiast, and wrap the result around an abbreviation for Island. 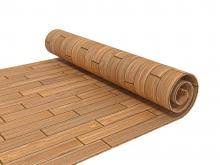 28a         Looking at country, celebrate (8)
PERUSING – A South American country, followed by another word for praise or celebrate. 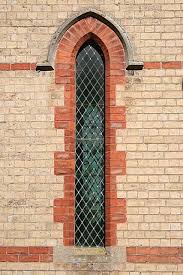 7d           Distant circle in gambling game (4)
FARO – Another word for ‘distant’ followed by a circle-shaped letter, giving us a card game popular in the 18th and 19th centuries.

12d         No set dinners arranged for hotel visitors not staying the night? (3-9)
NON-RESIDENTS – Anagram (arranged) of NO SET DINNERS.

14d         Sink has very little liquid? There’s nothing in it (5)
DROOP – A very small amount of a liquid with the letter which looks like a zero inserted into it.

16d         Boxes, see, not in close-packed configuration (8)
SPARSELY – What a boxer does in training, followed by an ecclesiastical see in East Anglia.

19d         Sort of mixture is what you are looking for (8)
SOLUTION – Two definitions, the second being what you (the reader) are looking for to complete this puzzle. The first is what you might get if you put copper sulfate crystals into water and stir, though I don’t think my chemistry teacher would have approved of calling it a mixture.

22d         One in group with hesitation gets to hang around (6)
LOITER – Put the roman numeral for one into a colloquial term for a group of people, or perhaps a group of articles being sold together at an auction, then add a two-letter hesitation.

24d         Soon to be deprived of love, a woman (4)
ANNA – An old-fashioned word for ‘soon’ (think Juliet on her balcony putting off her nurse so she can carry on talking to Romeo) with the letter which looks like a love score at tennis removed, followed by A (from the clue. The answer is a woman’s name.


25d         Soft slime heaped up in rubbish tip? (4)
DUMP – The musical symbol for soft followed by some slime, the whole lot then reversed.