Not many anagrams from Giovanni today, but a lot of charades, where several small items need to be stuck together. One clue of an ecclesiastical nature, and several pieces of General Knowledge, but all obtainable from the wordplay.

8a           Argument about monarch fulfilling duties? (7)
WORKING – Reverse (about) a three-letter argument, then add a male monarch.

11a         Domineering and wicked English queen being imprisoned (9)
IMPERIOUS – A word for wicked, as in disrespectful of the gods, wrapped around English and the Latin abbreviation for queen.

13a         Cut organ after demand for silence (5)
SHEAR – A two-letter instruction to be quiet, followed by one of the organs of the body.

14a         Excellent drink knocked back — splendid stuff! (7)
REGALIA – Start with the two letters which look like the alphanumeric rating of ‘excellent’, then add a sort of beer. Then reverse the whole lot.

17a         Resorting to priest, shy chap gets someone who can deal with emotional problems? (15)
PSYCHOTHERAPIST – Anagram (resorting) of TO PRIEST SHY CHAP.

19a         Host with sailor going around in single small vehicle (7)
MINICAB – Put together a two-letter host or presenter and a naval rating, also of two letters, then wrap the result around IN (from the clue) and the Roman numeral for a single.

24a         Equipment needed by the Spanish star (5)
RIGEL – Some equipment or gear followed by a Spanish definite article, giving us the star also known as Beta Orionis. 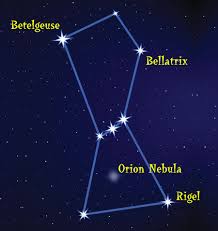 26a         Record company no longer gets permits for people leaving the country (9)
EMIGRANTS – The three-letter acronym of a now defunct record company, the one which published the Beatles, followed by a verb meaning ‘permits’.

27a         Viceroy and ambassador go down following king (7)
KHEDIVE – The title of the viceroy of Egypt under the Ottoman Empire. Put together the chess notation for King, the initials of the title given to ambassadors, and ‘go down’ (like a submarine, perhaps).

28a         Bird, a female, full of energy — magpie in London’s East End? (3,4)
TEA LEAF – Put together a variety of waterfowl, A (from the clue), and Female, then wrap the result around Energy, to get the Cockney rhyming slang for someone who acts like the magpie in the Rossini opera.

2d           Support the fellow’s yen to be a sort of preacher? (8)
PROPHESY – Put together one of the two supports for the hooker in a rugby scrum, the pronoun for ‘the fellow’ plus the ‘S from the clue, and the abbreviation for the Japanese currency. You get a verb describing the sort of preaching that Elijah or Isaiah did.

3d           Greeting, with hesitation, chief in charge of tiered organisation (10)
HIERARCHIC – Put together a short greeting, a vocal hesitation, a word for chief or senior (as in —-bishop of Canterbury), and the abbreviation for ‘in charge’.

4d           Spent time getting prisoner settled (9)
CONSORTED – One of the usual crossword prisoners followed by a colloquial term for ‘settled’ or ‘arranged’.

6d           Mum joins little relative around five — it’s a wonder (6)
MARVEL – Another short word for ‘mum’ followed by an abbreviation of ‘relative’ wrapped around the Roman numeral for five.


15d         Language specialist puts together Mass, one devoted to Our Lady (10)
GRAMMARIAN – A metric unit of mass followed by a Christian with a particular devotion to Our Lady, the Virgin Mary.

16d         Country workers in firm facing threat, not half (9)
STABLEMEN – A word for firm or reliable followed by the first half of a threat (perhaps one coming from Dennis).

17d         Welsh town gym? Gym’s ending with absolutely no cash (8)
PEMBROKE – Put together the two-letter abbreviation for gym lessons at school, the last letter (ending) of gyM, and ‘having no cash’.

18d         One new nurse accompanying journalist, one looking forward to match (8)
INTENDED – Put together the Roman numeral for one, New, a verb meaning ‘nurse’, and the usual crossword journalist. The match here will be in church or a register office rather than a football stadium.

22d         Old saints, if meeting heresy, ultimately become rigid (6)
OSSIFY – Put together Old, the abbreviation for some plural saints, IF (from the clue), and the last letter of heresY.