Good morning from South Staffs, as the month of mists and mellow fruitfulness begins with some sunshine.

I struggled to get going with the top half of today’s Giovanni, then accelerated through the rest of the puzzle, and was surprised to find that I had finished in ** time. Some typical pieces of General Knowledge and the occasional less common word are typical of our setter.

1a           Guy maybe getting engineers to accept work (4)
ROPE – One of the usual regiments of engineers wrapped around the Latin abbreviation for a (musical) work.

10a         One may suggest that you should compose letters differently (10)
SPELLCHECK – Cryptic definition of the element of a word processing program which allegedly removes the need to be able to write words correctly.

Candidate for a Pullet Surprise
by Mark Eckman and Jerrold H. Zar

I have a spelling checker,
It came with my PC.
It plane lee marks four my revue
Miss steaks aye can knot sea.

Eye ran this poem threw it,
Your sure reel glad two no.
Its vary polished in it’s weigh.
My checker tolled me sew.

A checker is a bless sing,
It freeze yew lodes of thyme.
It helps me right awl stiles two reed,
And aides me when eye rime.

Each frays come posed up on my screen
Eye trussed too bee a joule.
The checker pours o’er every word
To cheque sum spelling rule.

Bee fore a veiling checker’s
Hour spelling mite decline,
And if we’re lacks oar have a laps,
We wood bee maid too wine.

Butt now bee cause my spelling
Is checked with such grate flare,
Their are know fault’s with in my cite,
Of nun eye am a wear.

Now spelling does knot phase me,
It does knot bring a tier.
My pay purrs awl due glad den
With wrapped word’s fare as hear.

To rite with care is quite a feet
Of witch won should bee proud,
And wee mussed dew the best wee can,
Sew flaw’s are knot aloud.

11a         With temperature, strange little boy walks tentatively (7)
TODDLES – Put together an abbreviation for Temperature, another word for strange, and a shortened form of a boy’s (or girl’s) name.

13a         Goddess came across, carried by stag maybe (7)
DEMETER – The variety of animal of which a stag is an example, wrapped around ‘came across’, giving us the Greek goddess of the harvest. 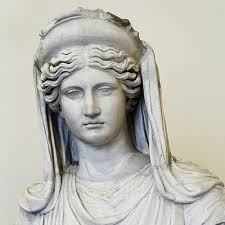 14a         Very small commander dealt with slavery and homelessness (11)
VAGABONDAGE – Put together an abbreviation for Very, a Turkish commander, and another word for slavery.

21a         Loose woman Victorian novelist reported (7)
TROLLOP – A lady of the night who sounds like the author of the Barchester Chronicles.

23a         Are its pies ‘fantastique’? (10)
PATISSERIE – An all-in-one clue. Anagram (fantastique) of ARE ITS PIES. I always think of these places as selling cakes and pastries rather than pies, so the answer to the question in the clue may be ‘Non!’

24a         Composer noted for silence in prison (4)
CAGE – Double definition: the American composer whose most notorious work consists of a defined period where the audience listens to the ambient sound rather than a particular piece of music; or a slang word for prison.

25a         Hurry to small city to see flowering plants (10)
SPEEDWELLS – Another word for ‘hurry’ followed by a small city in Somerset. 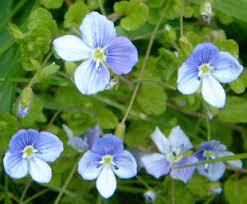 1d           Member of family corresponding (8)
RELATIVE – Double definition: a generic term for a member of one’s wider family; or an adjective meaning corresponding or having reference to.

2d           Display cut short with one old car turning over for example (8)
PARADIGM – Remove the final letter (cut short) of a display (perhaps soldiers drilling), then add the Roman numeral for one, and the reverse (turning over) of a former British car marque of two letters.

4d           More than one north European drinks, we hear (5)
LAPPS – Some reindeer herders from the far north of Europe sound like (we hear) a verb meaning ‘drinks’ – as a cat might drink milk. 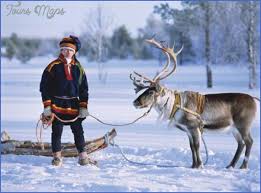 6d           Unable to get pay, keeping quiet, needing temporary shelter (11)
INCOMPETENT – A word for one’s pay or other revenue wrapped around the musical symbol for quiet, followed by a temporary shelter, as seen on a campsite.

7d           Identity destroyed almost? Imagine! (6)
IDEATE – Some two-letter identity papers followed by a word for ‘destroyed’ (think moths, and what they do to fabric) with its final letter removed (almost).

15d         Spooner’s model, family girl getting a piece of facial protection (9)
NOSEPIECE – Start with a word for what a model does (4) and a female relative (5), then follow Dr Spooner and swap their initial letters.

16d         Derek Trotter knowing bit of America (8)
DELAWARE – The Cockney diminutive of the first name of David Jason’s character in Only Fools and Horses followed by ‘knowing’ or ‘conscious’. 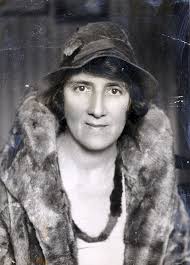 20d         Northern town offers illegal recording — not good! (6)
BOOTLE – Remove the Good from the end of a word applied to unauthorised recordings of music or video, to get this town on Merseyside.

22d         Coldness about to descend on elevated land (5)
CHILL – The Latin abbreviation for about or approximately, followed by some high ground.