For some reason the puzzles website started the day listing this as DT 32455, rather than the 28413 which it ought to be. The paper version is correct, and the website was corrected this morning. But whatever its number, it didn’t detain me very long, as gentle Giovanni seems to have returned (though 18a may not be a gimme for those who didn’t toil through a lot of medieval French in their student days).

9a           Gate at social function letting number in (10)
ATTENDANCE – ‘Gate’ here is the number of people attending an event. AT (from the clue) and a social function, placed either side of a cardinal number.

15a         US author in nasty situation meeting our Queen (6)
HELLER – The author of Catch-22 is made up of a place we really don’t want to end up in followed by the usual letters for our Queen. 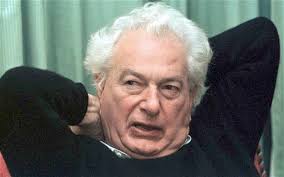 16a         Show company beginning to move after rest (6)
SITCOM – A rest (where you stop standing up) followed by an abbreviation for COmpany and the first letter of Move.

18a         Old knight and fighting men about to disembark (6)
ROLAND – Reverse (about) the acronym for soldiers who are not officers, then add ‘disembark’, and you get one of Charlemagne’s knights who died in battle with the Moors at Roncesvalles in the chanson de geste named for him. 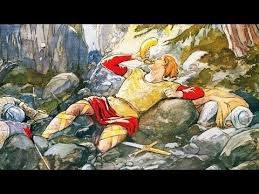 20a         Awful blunder, side having dropped off package (6)
BUNDLE – Remove the last letter (side dropped off) from BLUNDE(r), then make an anagram (awful) of it.

21a         Some French group eating first bit of rice pudding? (7)
DESSERT – The French partitive article for ‘some’ followed by a group of people with the first letter of Rice inserted.

22a         About time to shut up (4)
CAGE – The Latin abbreviation for about or approximately followed by a long period of time. 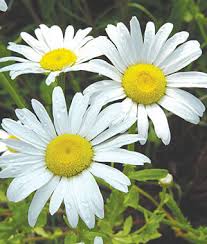 27a         Work with newspaper folk I have found to be burdensome (10)
OPPRESSIVE – Put together the Latin abbreviation for a (musical) work, the generic term for people working in newspapers, and the shortened form of ‘I have’. 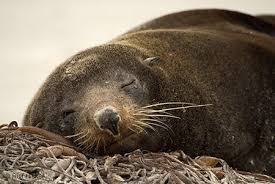 2d           Departed well into the night (4)
LATE – Double definition, the first being a synonym of departed or deceased.

3d           One on errand for a strip of cloth (6)
RUNNER – And yet another double definition. The second is the strip of cloth my grandmother used to put on the sideboard to protect the polished surface from being scratched.

5d           Officer ultimately in charge of the fellow’s wealth (6)
RICHES – Put together the last letter (ultimately) of officeR, the abbreviation for ‘in charge’, and the shortened form of ‘the fellow is’.

13d         What may be demanded when maiden leaves, going nowhere (4-3)
DEAD-END – Anagram (what may be) of DE(m)ANDED with the cricket abbreviation for a maiden removed.

20d         Instructions for what to wear when it’s too hot for long johns? (6)
BRIEFS – These instructions to counsel could also be a lighter from of underwear.

23d         One not very bright turned up in a sort of skirt (4)
MIDI – The Roman numeral for one followed by ‘not very bright’ (used frequently in Kath’s comments!). Reverse the lot, and you get a skirt length.

24d         Lot heard making summer celebration (4)
FETE – The Anglicised pronunciation of this French word for a celebration makes it a homophone of ‘lot’ or ‘destiny.