There are no seasonal references from Giovanni this morning – in fact this puzzle is resolutely secular. It took me a little while to get into, but once I’d spotted the anagram in 1a answers fell into place steadily.

1a           Like fighting citizens — primarily a new volunteer force being introduced (12)
PARAMILITARY – Anagram (new) of PRIMARILY A wrapped around the initials of the former name of the Army Reserve.

9a           They slide downhill to marshy area with problem turning over (9)
TOBOGGANS – Put together TO (from the clue), a marshy area, and the reverse (turning over) of a problem or hitch.

10a         Bright vehicle carrying the Parisian (5)
CLEAR – Put the French definite article inside a motor vehicle.

11a         Country girl entertained by a queen maybe (6)
BELIZE – A short form of a girl’s name placed inside something which may be a queen, but could equally be a worker or a drone, to get a Central American country.

12a         With crowd outside, is quiet show to be impossible? (8)
DISPROVE – An unusual word for a crowd, originally of cattle but by extension of people, wrapped around IS (from the clue) and the musical symbol for quiet.

18a         Stolen goods brought back and got rid of in garden building (4,4)
TOOL SHED – Reverse (brought back) some goods stolen by an invading force, perhaps, to get the first word. For the second, ‘got rid of’, as perhaps a snake might slough its skin.

19a         Anxiety of female lover, maiden one discarded (6)
STRESS – Start with a female lover, then remove the cricket abbreviation for a maiden over and the Roman numeral for one.


23a         Fulmar originally left by top of cliff to get ready to fly (6)
FLEDGE – The initial letter of Fulmar followed by Left and the top of a cliff.  There are some cameras following nesting peregrine falcons in Brussels here.

26a         Consider love and feel longing (5)
OPINE – The letter that looks like a love score at tennis followed by ‘feel longing’.

27a         Treading quietly, Heather is behind vehicle (9)
TRAMPLING – A road and rail vehicle followed by the musical symbol for quietly and another word for heather.

1d           Like drinking water poured out initially on flat surface (7)
POTABLE – The first letters of Poured Out, followed by a flat surface you might eat your dinner at.

2d           Revolting type to lurch outside entrance to bar (5)
REBEL – To lurch or stagger wrapped around the first letter of Bar.

5d           Match with restrictions introduced becomes most bad-tempered (8)
TESTIEST – An international sports match wrapped around the restrictions that bind someone.

14d         Proverbially lifeless type attached to a swinger (8)
DOORNAIL – Cryptic definition of something found in the proverbial expression ‘as dead as a ——–‘.

16d         Beastly bounders escape to match in ‘ampshire (9)
ANTELOPES – The short form of ‘ampshire wrapped around ‘escape’ (usually to get married).

18d         Result of needle that hospital brought out excessively (6)
TATTOO – Remove the Hospital from T(h)AT, then add a word for ‘excessively’. 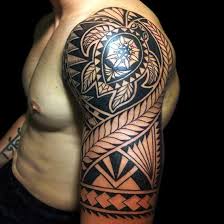 25d         Hard little fellow, one of two getting together for a pint? (4)
HALF – Hard followed by a diminutive form of a man’s name (perhaps the one who burned the cakes?).