Good morning from South Staffs where it’s cloudy but mild. My thanks to ShropshireLad for filling in for me last week.

A touch of geography from Giovanni this week, and one or two less common words, but nothing particularly difficult.

1a           Bird some Londoners only half spotted (4)
COCK – The Londoners born within the sound of Bow Bells, with their second half removed. 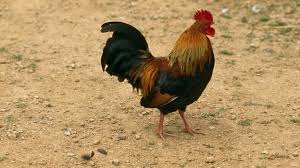 10a         Where some store items have just about got off the ground? (5,5)
FIRST FLOOR – Cryptic definition of the place in a department store where you may find items not at ground level, but not very high up the building.


11a         Bill presented to king when servant’s brought round parcel (7)
PACKAGE – An abbreviation for a bill or account, plus the chess notation for a king, with a junior servant wrapped around the result.

13a         The French island, safe for recreation (7)
LEISURE – Put together the French definite article, Island, and safe or certain.

14a         Nobleman accompanying unknown girl somewhere in Ireland (6,5)
COUNTY CLARE – A nobleman (Monte Cristo, perhaps) followed by an algebraic unknown and one of the spellings of a girl’s name, giving us one of the 32 geographical divisions of the island of Ireland. 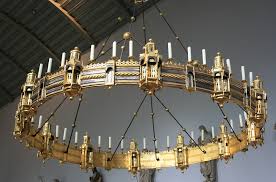 21a         Bit of paper left untidily by meadow (7)
LEAFLET – The sort of meadow that the lowing herd wound slowly o’er, followed by an anagram (untidily) of LEFT.

23a         French author not superior, chided and laid low (10)
PROSTRATED – Remove the letter indicating ‘superior’ or ‘upper class’ from the surname of the French author who dunked his madeleine in his tisane and wrote about it at interminable length, then add a word for ‘chided’ or ‘told off’.

25a         In the manner of loud protesters, knowing about nuclear weapon (10)
STRIDENTLY – A word for ‘knowing’ or ‘cunning’, wrapped around a submarine-based nuclear missile system.

2d           Food firm needed by you and me repeatedly (8)
COUSCOUS – Put together an abbreviation for a firm or company and the pronoun for ‘you and me’, then repeat. 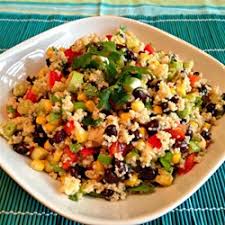 5d           Anger in hell — prayers effective ultimately? (9)
DISPLEASE – Put together one of the Latin terms for the underworld, some prayers or entreaties, and the last letter of ‘effective’.

6d           Fret dreadfully, angrier possibly inside? This will cool things down (11)
REFRIGERANT – An anagram (dreadfully) of FRET wrapped around an anagram (possibly) of ANGRIER.

7d           Book a journey across the Red Sea (6)
EXODUS – Double definition: the second book of the Old Testament; and the journey of the Israelites described in that book.

8d           County party with right clique (6)
DORSET – Put together the usual crossword party, Right, and a clique or circle.


12d         Description of lorry put in words (11)
ARTICULATED – Double definition, the first being the sort of lorry which has a tractor and trailer.

16d         Woman of dubious morals beginning to enchant author (8)
TROLLOPE – One of the terms used to describe what modern correctness calls a ‘sex worker’, followed by the first letter of Enchant, giving us the author of Barchester Towers.

22d         What’s this containing iron? It sounds like a bargain (5)
STEEL – This is a compound of iron with a little carbon and possibly other things , like manganese. It sounds like the sort of bargain that is so good that the buyer may think he is robbing the vendor.