Good morning from South Staffs on a cold, grey day.

I fairly rattled through today’s Giovanni, with nothing causing any hold-up.

3a           Lusty older bod written about by journalist (3-7)
RED-BLOODED – Anagram (written about) of OLDER BOD, followed by the usual crossword journalist.

9a           See work as something endlessly coming around? (4)
LOOP – A command to see or behold followed by the Latin abbreviation for a (musical) work.

10a         Given initial publicity, more than one horrible female advances (10)
PROGRESSES – The two-letter acronym for publicity work, followed by the plural of some monstrous females.

11a         In autumn restaurant won’t have cold Middle Eastern dish (7)
FALAFEL – Start with what our transatlantic cousins call the autumn, then insert a (greasy spoon?) restaurant with its initial Cold removed 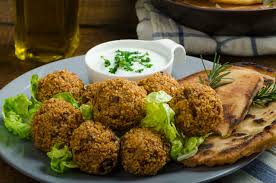 14a         Agree, once pupils have been lined up? (3,3,2,3)
SEE EYE TO EYE – The pupils in question are those in your head. If you put them on the same level as those belonging to someone else you would be doing what the answer describes.

22a         Path taken by one in British company aircraft (7)
BIPLANE – A British energy company known by its two initials, wrapped around the Roman numeral for one, then followed by a path or road. 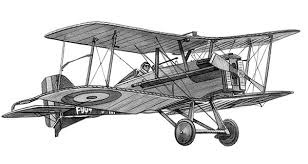 23a         Relations hurried back with food supplies maybe (10)
NARRATIONS – These are relations of a story. Reverse (back) a word for hurried, then add some food issued to the troops.

24a         Villain, one given a bash (4)
IAGO – The Roman numeral for one followed by A (from the clue) and a bash or attempt, giving us a Shakespearean villain. 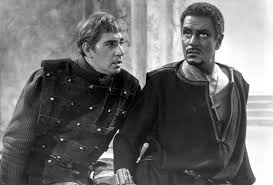 25a         Good person with heart picking up speed as planner (10)
STRATEGIST – The abbreviation for a good or holy person, and the heart or core of an argument, placed either side of a word for speed (as in ‘at a —- of knots’).

1d           One aloof army officer meets beauty, female to be hugged (4,4)
COLD FISH – The abbreviated rank of a senior regimental officer, followed by a somewhat dated term for a beautiful woman wrapped around Female.

4d           Register name to participate in learning, having turned up (5)
ENROL – Start with a word for learning, especially the sort handed down orally from generation to generation, wrapped around Name, then reverse the lot.

5d           VIP that would do for many a mouse? (3,6)
BIG CHEESE – An informal term for an important person which is also literally a large item of the food traditionally beloved of mice. 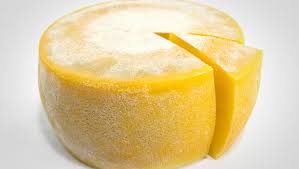 6d           Past the difficulty, having negotiated traffic controller? (4,3,4)
OVER THE HUMP – A figurative expression which literally describes the act of crossing one of the so-called traffic-calming devices which litter the roads where I live, and are no fun at all to tow a caravan over.

7d           Name of film actor with evidence of domestic neglect at home? (6)
DUSTIN – The first name of a film actor is made up of what covers unswept surfaces and a word for ‘at home’. 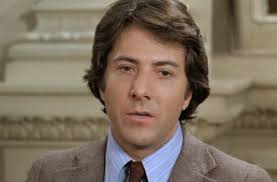 8d           Notice erected on building that’s wrecked (6)
DASHED – Reverse (erected, in a Down clue) a publicity notice, then add a garden building.

12d         Get to taxi before this promising beginning? (6,5)
FLYING START – ‘Taxi’ here is what an aircraft does when it is on the ground and heading to the runway to make what might be the answer.

17d         Genuine sweetheart to regret nothing after termination of engagement (4,4)
TRUE LOVE – Put together the last letter (termination) of engagemenT, ‘to regret’ and the term used in tennis for a nothing score.

19d         Jack joins members of the family for trips (6)
JAUNTS – The abbreviation on a playing card for the Jack, followed by some female relatives.

22d         Something extra that’s good for France and America (5)
BONUS – The French word for ‘good’ followed by an abbreviation for the United States.