Good morning from South Staffs, where the day has started bright and sunny.

I wasn’t sure quite what to make of today’s puzzle. I had the grid filled in ** time, but have added another star because it took me a little longer to be sure of the parsing of some clues. The slightly unusual grid, with many unchecked first letters, didn’t help. Giovanni is in strigtly secular mode today, and there are no really obscure answers, though still a General Knowledge element to some clues.

9a           Stratagem needed by this person sunk in depression in military manoeuvre (10)
DEPLOYMENT – Start by putting together a stratagem and ‘this person’, then wrap a depression around the result. 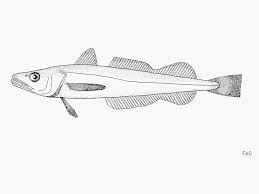 13a         Go around northernmost place in Ireland — finally locate valuable mineral (10)
TOURMALINE – Put together ‘go around’ (especially on holiday or in a bicycle race), the most northerly point of Ireland (it gets a regular name check on the reports from coastal stations in the Shipping Forecast), and the final letter of locatE.

17a         Hesitation about bad feeling — give me a break! (7)
RESPITE – Reverse (about) a word expressing hesitation, then add a bad feeling, which would lead you to mistreat someone.

18a         Lax female, the Parisian caught by detectives (7)
FLACCID – Put together Female, the French definite article in one of its forms, the abbreviation for Caught on a cricket scorecard, and the acronym for the detective department of the police force.

25a         Paper shows way the woman entered into risky venture (10)
BROADSHEET – Put together a way or path and the pronoun for ‘the woman’, then wrap a risky venture at the bookmaker’s around the result, to get something like The Daily Telegraph.

28a         Horses escape shelters, going wild (14)
STEEPLECHASERS – Anagram (going wild) of ESCAPE SHELTERS. The horses are those running a particular sort of race.

1d           Finish the whole affair and drink neat gin? (4,4,4,2)
HAVE DONE WITH IT – An instruction to finish something, or possibly to leave out one of the common mixers drunk with gin (not tonic, though).

2d           Cricket ground with duck leading to endless depression (4)
OVAL – One of the London Test cricket grounds. The letter which looks like a cricketing duck, followed by a depression in the landscape with its final letter removed.

14d         What gets sailor up above deck, one being stranded (4,6)
ROPE LADDER – Cryptic definition of an object made from a stranded material used to climb something.

15d         A planetoid, no place having phone or vehicle (10)
AUTOMOBILE – Put together A (from the clue), a planetoid (it used to be a planet, but it was relegated) with PLace removed, and a sort of telephone.

19d         Having regular contact off the field (2,5)
IN TOUCH – Double definition, the second being where you are if go off over the side line of a football or rugby field.