I finished in ** time again this week, but I suspect that some may find today’s Giovanni harder than that. A bit more religious knowledge required than for the last few, as well as the odd obscurity – but all can be found from the wordplay.

11a         Old Bob, 100, odd man of wisdom causing ruckus (9)
SCRUMMAGE – Put together the abbreviation for the pre-decimal coin known as a bob, the Roman numeral for 100, a word for odd or peculiar, and a wise man from the East.

13a         Grand drink knocked back (5)
REGAL – Reverse (knocked back) a type of alcoholic drink not generally popular with those who attend Big Dave’s Birthday Bash.

14a         Maybe watch one filling box on form? (6)
TICKER – another word for a (mechanical) watch, referring to the sound it makes, which could also be someone indicating preferences on a form.

18a         Vehemence over sports official repelled by Manchester team? (8)
FEROCITY – Put together Over and the short form of the official in charge of a football match, reverse the lot (repelled) and add one of the Manchester football teams.

24a         Man once in denial about mud around boundary (9)
PERIMETER – Reverse (around) a word for a muddy mess, and insert the result into the name of the apostle who thrice denied he knew Jesus.

26a         Unwell, restricted by severe shaking? They’d get you out of bed (9)
REVEILLES – Anagram (shaking) of SEVERE, wrapped around a word for unwell.


27a         Quiet individual was bright (5)
SHONE – An exclamation instructing someone to keep quiet, followed by an individual.

4d           Put in new couch, maybe each will sink into repose (6)
RESEAT – An abbreviation for EAch inserted into a word for repose.

5d           Maybe one illegally helping prisoner and dog (8)
SPRINGER – This variety of spaniel could also be someone helping a prisoner to escape. 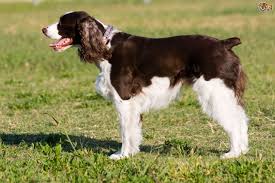 8d           Animal gives a terrible groan, taking big hit externally (8)
KANGAROO – A (form the clue) and an anagram (terrible) of GROAN, with the sort of hit which finishes a boxing match wrapped around the result. 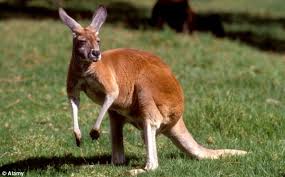 15d         One having dodgy egg around four? Remedy needed (8)
CURATIVE – The young clergyman who famously had an egg parts of which were excellent, wrapped around the Roman numeral for four. 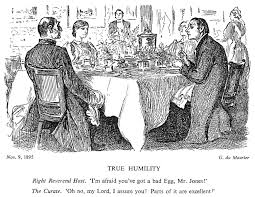 17d         Painter, one to have a few drinks after finishing with canvas (8)
STIPPLER – The last letter of canvaS followed by someone who likes a glass or six, producing a painter who creates a picture as a series of dots.

19d         The woman is hugged by companion, nurse (7)
CHERISH – One of the pronouns for ‘the woman’ and IS (from the clue) are placed inside the letters which appear after the name of someone who is a Companion of Honour.

21d         Estate needs to be reorganised around this person (7)
DEMESNE – Anagram (to be reorganised) of NEEDS, wrapped around ‘this person’. The answer is an old word for a manor with the lands around it where the lord dwelt, not let out to tenants.

22d         Northern city losing its name very quickly (6)
PRESTO – Remove the last letter from a Lancastrian city, and you get a musical instruction to play very fast.


25d         Wander beyond end of forest to find treasure (5)
TROVE – The last letter of foresT followed by another word for ‘wander’.

Mrs DT and I are off to London this afternoon. We hope to drop in at the Novotel to meet some of you this evening. I have another meeting tomorrow afternoon, so won’t get to the Birthday Bash until later.