Good morning from South Staffs on a dark, damp,December day.

The NW corner of today’s Giovanni took me the longest to solve, and since that is where I usually try to start, I thought we were in for a Friday tester. But once I had a foothold the rest went in without too much trouble.

1a           Optimistic European, one inclined to go north (8,4)
POSITIVE POLE – Another word for optimistic followed by an Eastern European national, producing the end of a suspended magnet which tends to point north.

9a           What’s odd in a politician, almost the thinker? (9)
RUMINATOR – Put together a word for odd, IN A (from the clue), and the first three letters of a four-letter politician or party.

10a         Scoundrel, one brought before a church court (5)
CURIA – A scoundrel or dog followed by the Roman numeral for one and A (from the clue), giving us another word for the Papal court.

11a         Like escaped criminal worker caught during day (6)
WANTED – A short form of one of the days of the week wrapped around one of the usual worker insects.

12a         Prisoners stuck in ‘ollow place must be sympathised with (8)
CONSOLED – Some of the usual crossword prisoners, followed by ‘in a hollow place’ with the initial H removed.

13a         Try and be still, hugging a player on the field (6)
GOALIE – A try or attempt, and a verb describing the action of being still, placed either side of A (from the clue). 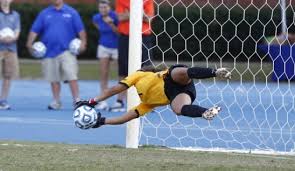 15a         Insane trick by Jolson in song (8)
MADRIGAL – Put together another word for insane, a somewhat obscure word for a prank or trick, and the first name of Mr Jolson.


18a         Identifies fellow as one likely to hit target (8)
MARKSMAN – A 5-letter word for identifies or picks out, followed by another word for a fellow or chap.

19a         Coming ahead of the festive season (6)
ADVENT – The liturgical season before Christmas.

21a         Letter to settle status of ennobled man (8)
LANDLORD – The letter is someone who lets. Put together ‘settle’, as a bird might when it comes out of the air, and a generic title for a male member of the nobility.

28a         Adulterer agreeing to lose one of two rights (2-10)
CO-RESPONDENT – Start with a 13-letter word meaning agreeing or matching, then remove one of Rights (and you would replace it with a hyphen if this were not going into a crossword grid, as the enumeration shows).

1d           Hair and metallic thread upsettingly swallowed by farm animal (7)
PERIWIG – Some false hair popular in the 17th century. Reverse (upsettingly) a drawn-out metal thread, and wrap a common farm animal around it. 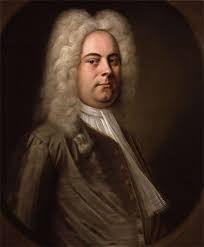 2d           This person’s entertained by boy, simple lad? (5)
SIMON – A short way of writing ‘this person is’, with a boy child wrapped around it, giving us the simple lad who met a pieman going to the fair.

3d           Woman with shots going round hides in these workplaces (9)
TANNERIES – Shots or attempts wrapped around a woman’s name, producing some workplaces where animal hides are treated.


8d           Composer to manage being heard (6)
HANDEL – An 18th-century composer, one of whose major works is frequently performed at this time of year. His name sounds like (being heard) ‘to manage’.


14d         Planned a road to bypass mountains (8)
ARRANGED – A (from the clue) and an abbreviation for road, wrapped around a chain of mountains.

Newspaper version: Cut last bit of learner’s instruction with head of academy absent (9)
The final letter of learneR followed by a word for instruction (in school, possibly) with the first letter of Academy removed.

17d         Bearing of one in anger following vehicle (8)
CARRIAGE – A commonly used vehicle followed by another word for anger with the Roman numeral for one inserted into it.

18d         Trouble created by furry creature on street (6)
MOLEST – A furry creature who lives mainly underground and makes mounds all over your lawn if he gets away with it, followed by an abbreviation for STreet.

22d         Words coming from Heather with love (5)
LINGO – A synonym for heather (not erica, the other one) followed by the letter which looks like a love score at tennis.

25d         Work up and down in part of ship (4)
POOP – The Latin abbreviation for a (musical) work, reversed followed by the same unreversed. Part of a ship which is found at the 26a.