Greetings from Ottawa where autumn held its ground until a week ago but has now finally succumbed to the first advances of winter. The ground is covered with a few inches of snow and more is promised this coming weekend.

Today’s puzzle is definitely not by RayT and it doesn’t strike me as the work of Shamus — but my Shamus radar has not been nearly as well tuned as my RayT radar. The puzzle was an enjoyable enough solve but it was a delight to blog — with lots of opportunity to inject gratuitous comments.

1a   Bishop is interrupting a QC, fearful creature (8)
BASILISK — start with the symbol used for bishop in chess; then add the A from the clue and a name for a QC (arising from their attire) into which IS (from the clue) is inserted; you will then have a mythical reptile with a lethal gaze or breath, hatched by a serpent from a cock’s egg; I think I was more surprised to learn that cocks laid eggs than I was by the beast

5a   Odds on tour being disrupted to grow (6)
SPROUT — the odds at the start of a race are followed by an anagram (being disrupted) of TOUR; here the setter flouts the convention for the use of ‘on’ in an across clue

9a   Last month, salesman appears with that thing like a crate? (8)
DECREPIT — string together a shortened form of the month that will be upon us in a week, a small salesman, and a pronoun used to refer to an unspecified or implied antecedent

12a   Sister enthralled by fake drink? That’s puzzling (9)
CONUNDRUM — a religious sister is taken in by a fishy hoax; what follows then is a spirited (rather than spiritual) drink

14a   With leader gone, supply witticism (4)
QUIP — remove the initial letter of a word denoting to outfit or supply

16a   Gastronome encountered behind a lot of fruit (7)
GOURMET — a more concise word for encountered follows a type of fruit related to the cucumber from which the final letter has been chopped off (still leaving a lot, though)

19a   Pastry consumed by most rude Londoners (7)
STRUDEL — this pastry, more likely to be consumed in Berlin than London, can be found wrapped in the final three words of the clue

25a   Dominant in fight, concealing worries to make comeback (9)
MASTERFUL — a one-sided fight is wrapped around the reversal of a verb meaning worries unnecessarily

27a   It indicates pressure exists over legal profession (6)
ISOBAR — a charade of a verb meaning exists, the symbol for over on a cricket scorecard, and a collective term for lawyers gives us a line on a weather map

29a   Aristo discontented everyone? That could be tough to swallow (6)
TOFFEE — a derogatory term for a rich or upper-class person precedes the first and last letters (discontented) of EveryonE to give a sweet that’s tough to swallow (likely because your dentures are embedded in it) 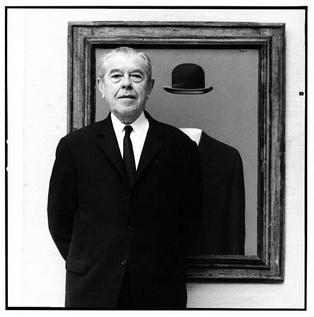 2d   Back  boxer’s assistant (6)
SECOND — double definition; the first to lend one’s support to a motion at a meeting

3d   Extended period for kippers? (3-2)
LIE-IN — these kippers are found between the sheets rather than in a tin

6d   Foreshadow physique to be displayed after runs in gym (9)
PREFIGURE — another word for physique (one usually applied to females and not usually focused on athletic attributes) follows the cricket symbol for runs which is placed in the middle the abbreviation for gym class; I certainly hope that the runs in gym class were not the result of eating a tin of bad kippers

7d   Clear this person’s energy will lead to extra work (8)
OVERTIME — connect the following lego pieces: a synonym for open or public, the pronominal version of “this person’s”, and a physicists symbol for E(nergy)

15d   Set about  what indisciplined motorway driver might do? (9)
UNDERTAKE — double definition

20d   This could be standard place for filming politician (4)
LAMP — start with a US West Coast city (in which you will find a neighbourhood that is synonymous with the American motion picture industry), then append a British (or Canadian) politician

23d   Charge more than normal for thermal garment (6)
FLEECE — double definition; the first denoting the act of financially shearing someone

26d   I’ve noted down wine that is served up (5)
EIDER — start with a type of wine (a Burgundy, for instance) and a Latin abbreviation for “that is”; then reverse the lot (served up in a down clue); the definition is a terse expression of what could be stated more verbosely as “I am a bird whose down is well-known”; I only managed to decrypt the definition as I was writing the review, having initially taken it to be merely “down” and as a result struggling to explain the first two words in the clue

I am usually enamoured of clever wordplay, but having finally deciphered the clever definition in 26d, I’m going with it as my favourite today.