Good morning from Killala in County Mayo, where we’re visiting my sister. Thanks to Tilsit for looking after the last two Fridays, while I was otherwise occupied.

Solving today’s Giovanni took me into *** time, though the fact that I was solving at the end of a day which involved 12 hours’ travelling may have had something to do with it.

1a           Awful noise in part of garden separated off (9)
BRACKETED – A part of a garden where flowers or vegetables might be planted is wrapped around an awful noise. The definition is ‘separated off’ (like this).

9a           Valuable coin perhaps offered for food (7)
RAREBIT – Split (4,3) we have a word for scarce or valuable and an American word for a small coin. Put together we have toasted cheese. 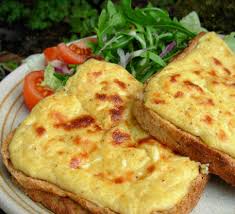 12a         Financial funds revolutionary’s hidden in straw stupidly (3,6)
WAR CHESTS – Crosswordland’s favourite socialist revolutionary (plus the ‘s) is placed inside an anagram (stupidly) of STRAW.

14a         I am restricted by someone acting for another group of soldiers (8)
REGIMENT – The contracted form of ‘I am’, with the person who rules on behalf of an underage or incapacitated monarch wrapped around it.

15a         Spotted policeman outside front of library (6)
BLOBBY – An informal term for a policeman, derived from the name of the founder of the first police force, wrapped around the first letter of Library.


17a         More inclined to fade into last position (7)
READIER – A word for the last position or back of something, wrapped around another word for ‘fade’, as in ‘fade out’.

20a         Never mind — these nasty creatures have been caught! (6)
VERMIN – I suppose this is a sort of all-in-one clue, in that the definition on its own is in the middle, but the whole clue also expresses why we don’t mind them being caught. The answer is hidden in the first two words.

25a         A soldier clutching leg, sitting by grass fretting (9)
AGONISING – Put together A (from the clue), an American soldier wrapped around another word for the leg side at cricket, and a word for grass, squeal or inform.

26a         Market town showing success, tortoise-like (7)
WINSLOW – This is a market town in Buckinghamshire (thanks to those commenters below who pointed out the error), and also the name of the protagonist in a play by Terence Rattigan. A success or gain is followed by ‘tortoise-like’.

27a         Something small and alive Robert fed to rodents (7)
MICROBE – Some small rodents are wrapped around a shortened form of Robert.

2d           Bar protecting a dry lock (3-4)
RAT-TAIL – A (from the clue) and dry, as in abstaining from alcohol, with a protective bar wrapped around it, giving an unpleasant hairstyle. 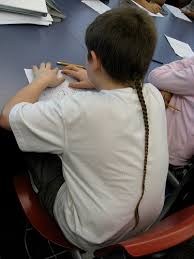 6d           Alloy that is given to engineers for one form of support (9)
BRASSIERE – Put together an alloy of copper and zinc, the Latin abbreviation for ‘that is’, and the initials of a 14a of engineers.

15d         Woman at match we will put in gaol (9)
BRIDEWELL – The match is a marriage ceremony, and the woman is the female participant. Add a contracted from of ‘we will’ and you get an old word for a gaol.

16d         Savagery of British game that’s ending with Italy beaten (9)
BRUTALITY – Put together British, the initials of the game played by men with odd-shaped balls, the last letter (ending) of thaT, and an anagram (beaten) of ITALY.

19d         African rushed, carrying pale and sickly daughter (7)
RWANDAN – Put together ‘pale and sickly’ and Daughter, then wrap ‘rushed’ around it.

21d         Girl embarrassed to be showing Lancastrian hue (4-3)
ROSE-RED – A girl’s name followed by the colour she turned when embarrassed, giving the colour adopted by the Lancastrians in the civil war of the fifteenth century.

22d         Naughty Nigel, old boy held to be worthless (7)
IGNOBLE – Anagram (naughty) of NIGEL wrapped around the abbreviation for an old boy of a school.

24d         Least experienced artist heading towards America maybe (6)
RAWEST – The usual crossword artist followed by the direction you have to travel to get from the UK to America.