Good morning from South Staffs where the sun is making occasional appearances through the clouds. We’ve had a busy week looking after small granddaughter, so looking forward to handing over responsibility to our daughter when  she comes down after work.

I found today’s Giovanni to be on the gentle side, though I’m not entirely sure of the parsing of 18a.

1a           The Parisian certainly quiet, being back in study (7)
PERUSAL – Put together one of the forms of the definite article in French, a word for ‘certainly’, and the musical symbol for quiet, then reverse the lot.

10a         Country area that CPRE won’t want houses on? (9)
GREENLAND – If the answer is split (5,4) you get something the CPRE wouldn’t want to see developed. Without the split, it’s a rather chilly country. 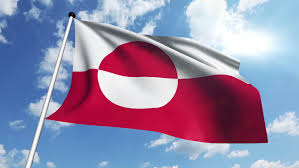 11a         Little fellow given sticking plaster maybe and sent packing (10)
DESPATCHED – A short form of a man’s name followed by a word expressing a hasty repair or dressing.

12a         Fancy an alternative source to mains water? (4)
WELL – Double definition: the first is an exclamation.

18a         A group’s No. 13 being played? Something to raise the dead! (3,4,5)
THE LAST TRUMP – The definition refers to the instrument which will be sounded to raise the dead to the Last Judgement, in the Bible story. I think that the wordplay refers to the 13th card of a particular suit at bridge or whist. 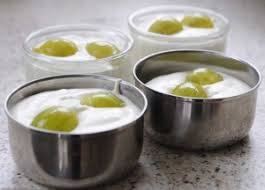 22a         Partner‘s requirement after beer has been sent back? (6,4)
BETTER HALF – If you send your beer back as undrinkable, you will be asking for an improved pint or …

25a         At back of the science room speak to give more details (9)
ELABORATE – Put together the last letter (back of) of thE, a short form of the room where scientists work, and a word for speak (in public).

27a         Report of walks in grassy areas (7)
STEPPES – These grassy areas cover much of Russia and Central Asia, and are a homophone (report of) of a word for ‘walks’. 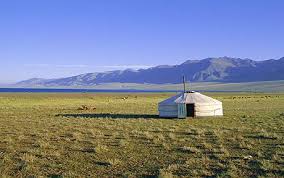 28a         Wobbly stranger beginning to yawn by end of road (7)
DODDERY – Start with a word for stranger or more peculiar, add the first letter of Yawn, then put the result next to the last letter of roaD.

4d           Reason officer turns up to grab soldier (5)
LOGIC – Reverse (turns up) the abbreviated title of a senior regimental officer, then wrap the result around a US soldier.

5d           Yeoman having drink, embracing English achievement (9)
BEEFEATER – An alcoholic drink is wrapped around English and an achievement, giving a familiar term for the Yeomen Warders at the Tower of London.

7d           Lover meeting sergeant maybe for a dance (8)
FLAMENCO – A word for a lover, usually found in conjunction with ‘old’ to denote a former lover, followed by the generic term for sergeants, corporals and the like.

13d         One helping to get rid of a lot, CEO seen as a shark (10)
HAMMERHEAD – A tool which helps an auctioneer to sell a lot, followed by a CEO or other top boss of an organisation. 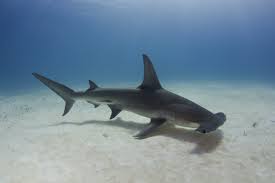 16d         Members of firm about to set up in Midlands county (8)
STAFFERS – Reverse the Latin word for about or concerning and insert it into a West Midlands county (the one where this blogger comes from).

17d         Miserable miss upset and hugged by boyfriend? (8)
DESOLATE – Start with a four-letter word for ‘miss’ or ‘mislay’, reverse it, then wrap around it a word for a boyfriend, girlfriend, or the occasion when one takes the other out. 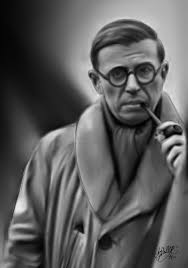 24d         Old Bob, oldie in a TV series (4)
SOAP – The abbreviation (from ‘solidus’) for the old coin known as a bob, followed by the three-letter acronym for someone receiving the State Pension.