Good morning from South Staffs on a fine August day.

Giovanni is in a fairly ecclesiastical mode today, with three Down clues in the first five having churchy connotations – as does the Quick Crossword pun. It felt reasonably difficult while I was doing it, but I still finished in just under *** time

In the hints below, the definitions are underlined. The answers are hidden under the ‘Click Here!’ buttons, so don’t click if you don’t want to see them.

6a           Counterpart gets work one way and another (4)
OPPO – Put together the Latin abbreviation for a musical work and the reverse of the same abbreviation.

9a           Frame no bother, finishing with fifty (5)
EASEL – A state of relaxation (no bother) followed by the Roman numeral for fifty. 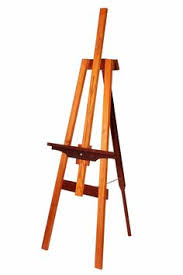 10a         Vexed soldiers, if about to get caught in this? (9)
CROSSFIRE – Start with a word for vexed or angry and the initials of a regiment of the British Army often found in crosswords. Then reverse IF (from the clue) and put it between the two.

12a         Noises from bats (7)
RACKETS – Double definition, the second being the bats used by tennis or squash players.

13a         Give out old books to everybody (5)
ALLOT – Another word for ‘everybody’ followed by the initials denoting the books in the earlier part of the Bible.

15a         Gin to be thrown into river? There’s a bridge here! (7)
AVIGNON – Anagram (thrown) of GIN placed inside the name of one of several British rivers. The bridge, however, is in France and may be danced upon.


17a         Wise person restricting foreign nobleman, a cad? (7)
SEDUCER – A wise person who can foretell the future, wrapped around a French nobleman.

19a         Horrible person making first day back at work severe, no end? (7)
MONSTER – The first day of the working week (abbreviated), followed by a word for severe missing its final letter.

21a         Leader of Society meeting Queen, loathsome and obsequious (7)
SERVILE – Put together the first letter (leader) of Society, the regnal cypher of our Queen, and a word for loathsome.

22a         We must shelter in group about to get drier (5)
TOWEL – The definition here is a noun, not a comparative adjective. Reverse (about) another word for a group, and wrap it around WE (from the clue).

24a         Quiet sports official has wonderful introductory words (7)
PREFACE – Put together the musical symbol for quiet, a short form of the word for the man in charge of a football or rugby match, and an informal word for wonderful or super.

27a         Dramatic artist rolling over and not getting up? (9)
ARRESTING – Reverse (rolling over) the usual crossword artist, then add a word for what you’re doing if you stay in bed.

28a         Muck is dreadful, coming to middle of field (5)
GRIME – Another word for dreadful or depressing, followed by the middle letter of field.

30a         People talking on street — they hesitate in speech (10)
STUTTERERS – The abbreviation for STreet followed by a word describing people talking or making statements.

3d           Priest in Catholic Church, a bit of a saint from the past? (5)
RELIC – An Old Testament priest who often appears in crosswords, with the letters denoting a member of the Roman Catholic church wrapped around him.

14d         Types spotted at Crufts? (10)
DALMATIANS – Cryptic definition of some dogs noted for their spotted coats. 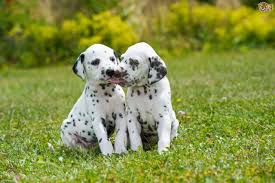 16d         Plants observed going up round dry lake (7)
NETTLES – Reverse (going up, in a Down clue) a word for ‘observed’, then insert the letters indicating dry, as in no alcohol, and an abbreviation for Lake. 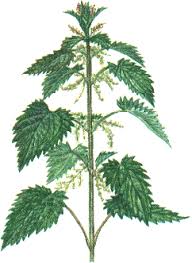 18d         Tree with inadequate heat, we hear, getting to languish (5,4)
CHILE PINE – The first word is the name of a South American country which sounds like (we hear) it’s not very warm. The second word means to languish or long for. 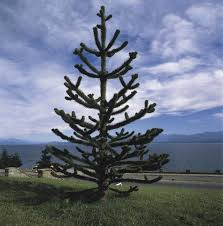 20d         Material isn’t to get varnish again? (7)
REPAINT – A corded material mainly seen in crosswords followed by an informal form of ‘isn’t’.

25d         Perspective of immigrant from many centuries ago (5)
ANGLE – Double definition, the second being one of the chaps who came over with the Saxons and Jutes.

26d         Bad German in game about to be sent off (4)
HESS – Remove the Latin abbreviation for about or approximately from the front of a well-known board game, and you get the name of a Nazi leader who flew to Britain in 1941, and later spent many years in Spandau prison. 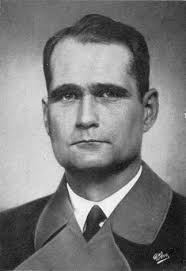