Bonjour from Les Gorges du Chambon, near Montbron in the Charente. We’ve been here since Sunday and have yet to see the sun – and there’s not much prospect of it appearing over the weekend. It’s rather like caravanning in England in November, except that it doesn’t get dark so soon. On the other hand, we’re nowhere near the floods that have affected parts of central France, so it’s not all bad.

I found today’s Giovanni to be on the tricky side, with the NW corner last to yield. Since I usually start there and work down, that may have affected my impression.

1a           Medical preparation that may create row in a part of the hospital (10)
ASTRINGENT – A row, perhaps of horses or beads, placed between A (from the clue) and one of the usual hospital departments.

6a           Permit for mountain route (4)
PASS – Double definition, the first being either a noun or a verb, the second a route running through a mountainous area.

9a           Grown-up to rave about drug being a corrupt influence (10)
ADULTERANT  – Another word for a grown-up and another word for rave, placed either side of crosswordland’s favourite drug. 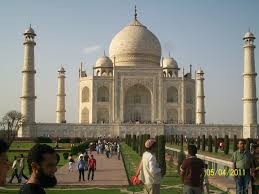 13a         Deserving of an accolade, fantastic Beatles — this person’s getting enthralled (9)
ESTIMABLE – Anagram (fantastic) of BEATLES wrapped around another way of saying ‘this person is’.

15a         Arrays of food covered by pieces of fabric (8)
MATRICES – Some small floor coverings wrapped around a food which is the staple diet of large parts of the world. 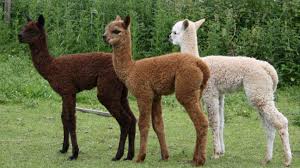 20a         Act involving alcoholic drink gets one banned (8)
DEPORTED – A fortified wine inside an action. 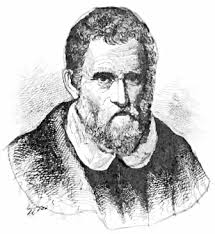 24a         Opposing characters with imagination (4)
AGIN – Hidden inside imAGINation.

26a         Labour‘s reverse of fortune enthralling one (4)
TOIL – Reverse a word for fortune or fate and insert the Roman numeral for one.

27a         Light blue fairy gets victory against returning beast (10)
PERIWINKLE – Put together a fairy (as seen in Iolanthe), a victory, and the reverse of a large deer found in North America.

28a         Famous Elizabethan heading off, dissolute type (4)
RAKE – Remove the first letter (heading off) from the chap who played bowls while waiting for the Spanish Armada.

1d           Notice a maiden — and the one she led astray? (4)
ADAM – The answer is a biblical character who ate something he shouldn’t have, then blamed the woman for making him do it. A PR notice followed by A (from the clue) and the abbreviation for a maiden over on a cricket scorecard.

2d           Greek character facing ordeal is most tense (7)
TAUTEST – The 19th letter of the Greek alphabet followed by an ordeal or trial.

4d           Forest in Germany with many getting lost — e.g. 1 Down? (8)
GARDENER –Remove the ‘many’ from GER(many) and wrap the result around a Shakespearean forest. This gives us a profession of which 1 down is said to be the first exponent, and Alan Titchmarsh is a more recent one.

5d           Musical pieces requiring no practice for players (6)
NONETS – NO (from the clue) followed by cricket practice sessions.

8d           Show violence towards workers or indicate friendship? (5,5)
SHAKE HANDS – A customary form of friendly greeting could also be a physical assault on some manual workers.

11d         In the morning priest with sermon shows improvement (12)
AMELIORATION – Put together the Latin abbreviation for ‘in the morning’, an Old Testament priest who is a crossword regular, and a sermon or speech.

14d         Troublemaker, Irish revolutionary, with age almost getting approval (10)
IMPRIMATUR – Put together a small troublemaking spirit, the reverse (revolutionary) of an abbreviation for IRish, and all but the last letter of a verb meaning to age. This give us the Latin for ‘let it be printed’, which is the official approval by the Catholic church of the publication of a religious text.

17d         Explosive fellow is male seeking excessive pleasure (8)
HEDONISM – Put together an abbreviation for some explosive, a university fellow, IS (from the clue) and Male.

19d         Richard admitting mistake as crane man (7)
DERRICK – A familiar form of Richard wrapped around ‘to mistake’, giving us a sort of crane or an alternative spelling of a man’s name. 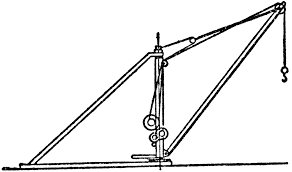 22d         Stick of explosive hidden in central part (6)
COHERE – The same explosive as in 17d is inserted into a word for the central part of something.

25d         Small ball, article buried in garden plot (4)
BEAD – A garden plot where flowers or vegetables may be found, wrapped around the indefinite article.